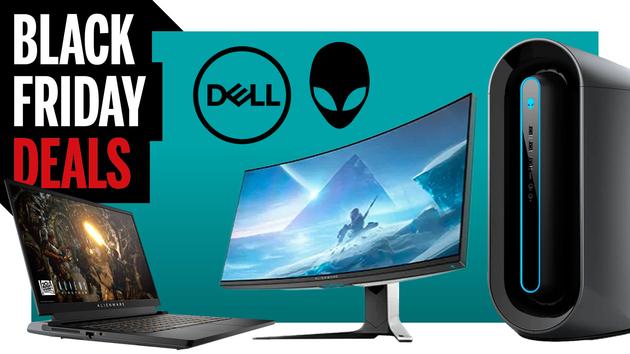 Dell and its Alienware gaming sub-brand continue to put out good pre-built PCs and laptops at reasonable prices, and often offer some of the best Black Friday deals. That's true again in 2021. The Dell XPS Desktop Special Edition is a particularly nice machine for $1,469.99, with a case that looks cool without the tempered glass and RGB lights typical of gaming PCs.

For those who want something more gamer-ey, though, Dell's Alienware line is all curves and glowy bits. Along with PCs and laptops, the company makes good monitors that range from 1080p to 4K and 120Hz to 240Hz. For context, our standard recommendation for most PC gamers is a 1440p, 144Hz display, so start there and adjust up or down depending on your budget. Also consider what your PC will actually make use of: If you have an older graphics card and don't plan to upgrade soon, consider that it won't be able to take full advantage of a 240Hz display.

Screw sports, Katie would rather watch Intel, AMD and Nvidia go at it. She can often be found admiring AI advancements, sighing over semiconductors, or gawping at the latest GPU upgrades. She's been obsessed with computers and graphics since she was small, and took Game Art and Design up to Masters level at uni. Her thirst for absurd Raspberry Pi projects will never be sated, and she will stop at nothing to spread internet safety awareness—down with the hackers.