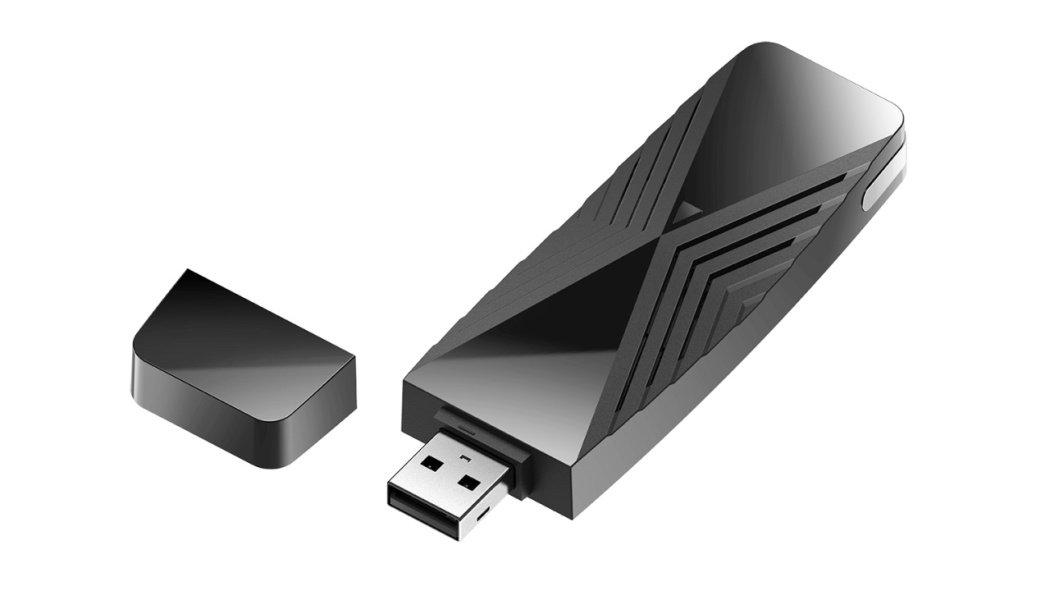 We all need to know about the best WiFi dongles. There’s nothing more frustrating than bad Wi-Fi - particularly when so much of our lives depend on it. Whether it’s Netflix binges, video meetings, online gaming, or social media scrolling, a patchy wireless connection will make them all seem teeth-grindingly slow and annoying.That's where the best Wi-Fi dongles come in.

Wi-Fi problems can be caused by all sorts of things, including broken or faulty devices, outdated equipment, or even environmental conditions like thick walls or an inconveniently-placed router. A Wi-Fi dongle can be the solution to many of these problems, allowing you to boost your connection by adding more advanced networking hardware to your computer or bypassing a broken wireless card without having to replace the whole PC.

Not all Wi-Fi is created equal. Newer versions of Wi-Fi technology bring improved speeds and range, but replacing the dusty old router sent by your internet service provider with a snazzy new box isn’t going to do much good if your laptop’s Wi-Fi can't take advantage of it. Luckily, this adapter allows your device to make use of the latest Wi-Fi 6 standard, so you can get the best possible speeds out of your network.

It’s also got fancy features like beamforming and MU-MIMO technology, which helps improve signal strength and prevent other wireless devices from interfering with your connection. The gold accents on the wing-like aerials are an aesthetically pleasing touch, and it also comes with a separate USB cradle, so you don’t have to worry about connecting the (admittedly rather unwieldy) dongle to your laptop.

One of the most annoying things about Wi-Fi gadgets is the way they can clutter up your desk, but thankfully, this isn’t a problem here. In fact, this tiny, thumbnail-sized USB adapter is so small that you may be worried about accidentally misplacing it, but it’s a perfect size for those that want to plug it into a spare USB port and never think about it again. 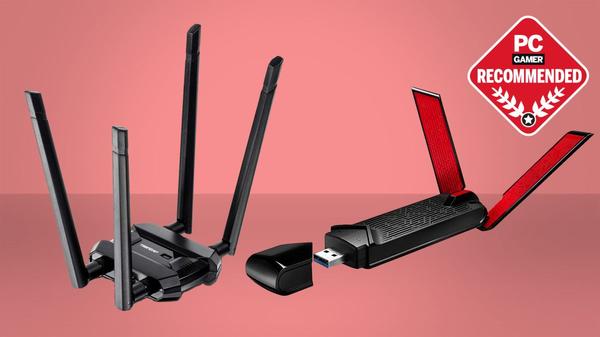 If you’re not worried about getting the absolute best possible speeds from your Wi-Fi, then this discreet little dongle offers superb value for money. It’s limited to a combined top speed of 600Mb per second across both 2.4GHz and 5GHz channels, but if you’re on a limited connection from your internet provider, you may find that you don’t need anything faster.

If you’re traveling for work, the last thing you want is an unreliable internet connection. The Netgear A7000 AC1900 wireless adapter is ideal for business people who have to work on the go; it’s small enough to slip comfortably into a bag without getting lost, whilst large enough to offer a strong signal even in busy environments like hotels or airports.

This dongle’s four internal antennas and beamforming technology support high-speed connections and feature a magnetic cradle that can be easily attached to any metal surface to keep it out of the way while in use. We’re also fans of its no-nonsense design, which neatly sidesteps the arguably flashy and garish appearance of many PC peripherals.

Sometimes it’s better to do a few things very well than it is to truly excel at one thing in particular, and that’s most certainly the case with D-Link’s DWA-181. Although it doesn’t surpass its rivals in any one area, this Wi-Fi dongle combines the best elements of the competition to create a wireless adaptor that’s a true stand-out.

It’s small enough to be tucked away without sticking out like a sore thumb, its 867Mb per second top speed is comfortable enough to satisfy the needs of all but the most bandwidth-hungry household, and on top of that, its ticket price is on just the right side of affordable.

What’s the difference between 2.4GHz and 5GHz?

When looking at anything to do with Wi-Fi networks, you’ll probably see the labels ‘2.4GHz and ‘5GHz’ floating around, which can be confusing for those with no clue what they mean. Although you don’t need to worry too much about the finer points of the technology behind them, it can be helpful to have a basic understanding of what these terms refer to.

These are essentially the frequencies - also known as ‘channels’ or ‘bands’ - that are used between your router and your devices to send and receive data. The 2.4GHz channel transmits data more slowly, but works over a larger range, whereas the 5GHz channel is faster, but drops off more quickly once you get further away from the router. Routers and dongles that support both 2.4GHz and 5GHz frequencies are often referred to as ‘dual band’ devices.

The 5GHz channel was introduced more recently, so some older devices may only support the 2.4GHz band. For this reason, there tends to be more traffic on this channel, so some newer routers will try to automatically move devices onto the 5GHz connection if they can support it, in order to ease congestion. It’s important to look for a dual-band device, as the 2.4GHz band is often too slow to comfortably handle data-intensive activities like video streaming or online gaming.

Wi-Fi 6 is a new wireless connection technology that improves connection range and download speeds, but it comes with a few catches. For starters, in order to actually get these benefits, both your router and the device you’re using to connect to it have to be compatible with Wi-Fi 6. However, as with all Wi-Fi technology, Wi-Fi 6 is backward-compatible, which means that a Wi-Fi 6 router will still be able to connect to an older laptop or smartphone and vice versa.

Because it’s so new, Wi-Fi 6 technology is also usually very expensive. The Wi-Fi 6 enabled Asus USB-AX56 listed above is the most expensive dongle on our list, and Wi-Fi 6 routers are generally more expensive than those that use older Wi-Fi standards. If you’re using the router provided by your ISP, for example, it’s almost certainly not compatible with Wi-Fi 6.

If you’re paying for a super-fast internet connection, and you want to squeeze every last drop of speed out of your Wi-Fi connection, then you may want to consider investing in Wi-Fi 6 enabled hardware. This will also stand you in good stead in the future, as Wi-Fi becomes more common - it’s already in most newly-released laptops and mobile devices, for example - but most people probably don’t need to splash out just yet.

Why is my dongle so big?

If you’ve been shopping around for Wi-Fi dongles, you may have noticed that many of them are enormous, with long aerials extending out from them. They may look awkward and unsightly, but there is a reason for them; just like with a TV or radio, a larger aerial makes it easier to pick up signals over longer distances.

This likely won’t be an issue for most people, however, as the average home or business network isn’t usually spread over a wide enough area to make this necessary. Rather than the range, it’s usually the maximum speed of either the router or the device itself that causes problems in most cases.

On the other hand, if you’ve got a large, relatively unobstructed space that you need to transmit a wireless signal across - such as, for example, if you’ve converted a shed at the bottom of your garden to a home office - a dongle or adapter with a large aerial may be a better solution for you than investing in a mesh Wi-Fi system.

Should I upgrade my router?

When shopping for a Wi-Fi adapter (or indeed any networking equipment), it’s important to remember that your connection is only as fast as the slowest part of your network. For example, if you’ve got a 700Mb per second internet connection from your service provider, but your router is only capable of handling a maximum of 400Mb per second, then any device connected to that router is also going to be limited to 400Mb per second, even if it theoretically supports faster speeds.

On top of this, it’s worth thinking about what you need from your network. While faster internet speeds are rarely a bad thing, if all you normally use the internet for is checking emails and the odd movie night in front of the TV, then you probably don’t need to shell out for top-of-the-range networking equipment and a deluxe broadband package, while a busy house full of people who are are constantly glued to phones, tablets and games consoles likely needs to think about adding a little extra bandwidth to their network.

With this in mind, you should check the maximum speed of your router, as well as that of your broadband package, before you decide on a dongle. You may discover that your actual connection speed wouldn’t benefit from an expensive and highly-advanced adapter, and you’d be just as good with a more affordable option. On the other hand, you may find that your laptop’s built-in Wi-Fi adaptor is holding your browsing back, and a high-speed dongle would allow you to make the most of your connection.