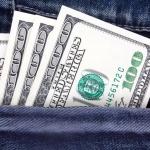 The event, hosted by the Cornell Institute for Digital Agriculture (CIDA), brings together participants in areas of study from animal science to business and computer science to collaborate on ways to make agriculture more sustainable, productive, resilient and efficient.

“If we’re going to address these challenges in agriculture, like feeding our growing world population, it really takes a very broad, transdisciplinary approach,” said Sam Alcaine, assistant professor of food science and hackathon faculty co-chair, along with Christopher De Sa, assistant professor of computer science. “You’ve got to find a way to get out of your silo and meet somebody from computer science or somebody from animal science or global development, and that’s what this event allows to happen.”

The event kicked off on Friday night and the nearly-100 participants, some meeting for the first time, formed teams and began to formulate ideas. Each team had to come up with a solution to a problem that fit into one or more of the five “challenge” categories: data-driven crop production, optimizing controlled-environment agriculture, reducing waste, byproducts for protection and agroecology, assisting small scale farmers, and solving for food-waste and safety.

This year’s hackathon was held in person at Schurman Hall with the option for mentors and the public to join by Zoom. This year Ami Stuart, the tech events manager at Entrepreneurship at Cornell, introduced a new Tinder-style app that allowed participants to make profiles and match with other students with complementary skill sets.

Teams had just 36 hours to refine their ideas and practice pitching them. In the process, they received guidance from Cornell faculty and representatives from event sponsors including Microsoft, Foundation for Food and Agriculture Research, Bayer, Tata-Cornell Institute and Hawaiian Macadamia Nut Company.

“We sat down, and we had five experts come in and say, ‘I know exactly what you’re talking about, let me help you guys form a direction for solving this problem’,” said Claire Hu ’24, an environment and sustainability and information science major in the College of Arts and Sciences. “I don’t think there’s any other environment that can speed up an ideation process as much as this did.” 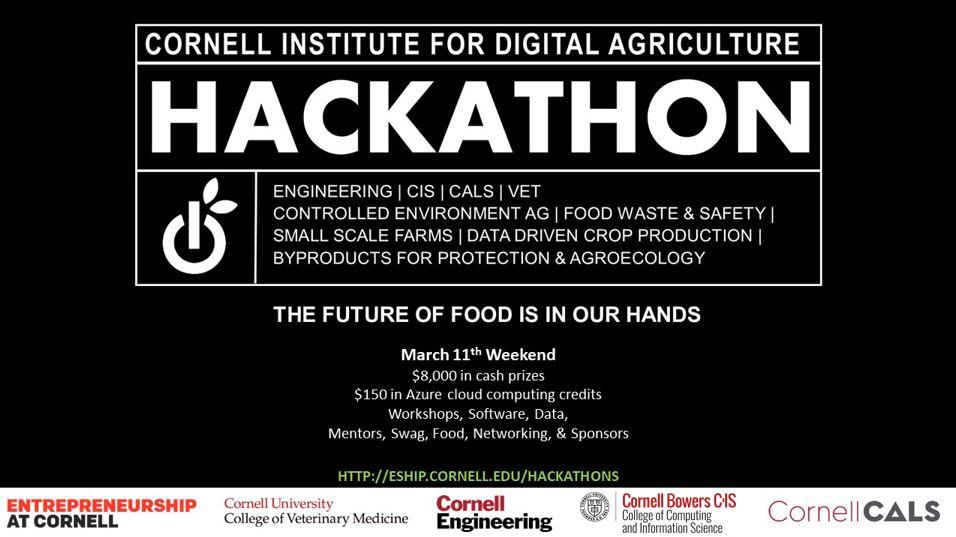 Hu’s team – which included a classmate from her major, Max Link ’24, and Sandipan Nath ’22, a computer science major – created a risk assessment tool for banana farmers trying to stave off Fusarium wilt. The disease is caused by a soil-borne fungus, which threatens to wipe out the banana industry in the next few years.

Hu and Link joined the hackathon together and met Nath on the first day. Their project included soil sensors, drone photography and a machine-learning program to collect data – aspects that they wouldn’t have come up with individually.

“My concentration is environmental biology and I wanted to learn more about the business side and the computing side,” Link said. “Previously, to me, they were disparate fields. But coming here has helped me understand that they aren’t, and they need to be integrated more.”

Participants also attended workshops on topics including design thinking, pitching, and a tutorial for using Microsoft’s unique digital platforms including TerraVibes, GitHub and PowerApps that participants could access during the hack to analyze data sets and develop code for novel apps.

On Sunday, the 17 teams gave lightning four-minute pitches and answered judges’ questions, with the top eight teams moving on to the final round. Finalists gave their presentations to an audience of peers and judges, with some teams demonstrating semi-functional prototypes.

Cash prizes were awarded to teams in five categories: $2,000 for grand prize and $1,500 for novelty, best use of data, most potential for market and addressing a grand challenge.

Although Hu’s team didn’t place in the top five, she said the hackathon was worth attending and she may continue to explore her team’s idea.

“I originally came here with zero expectations. I didn’t even know if I was necessarily going to work on a project,” Hu said. “But I was stunned by the expertise that was aggregated here and offered for us.”