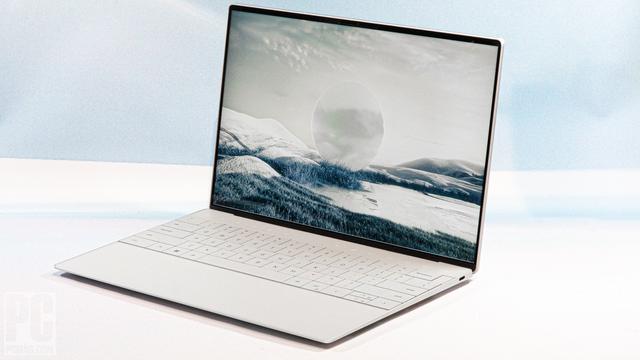 Dell XPS 13 Plus Hands-On: The Laptop of the Future Is Here Now

One of Dell's most critically acclaimed laptops, the XPS 13, is getting a new partner in the XPS 13 Plus.

We've reviewed (and handed Editors' Choice awards to) many models of Dell's definitive ultraportable in the past, seeing iterative additions or component updates once or twice a year with a more major redesign coming every few years. While an update to the more traditional look down the road is still likely, the XPS 13 Plus will launch as a futuristic sibling sporting an all-new design and more power. From our brief first look, we can say the XPS 13 Plus is a real head-turner, standing out from the original even to someone who's seen as many XPS models as we have.

The video above gives you the rundown on our hands-on time with the XPS 13 Plus at a CES preview event. Read on for more details on how it works.

A Design From the Future

From behind, the XPS 13 Plus looks just like the original XPS 13. When viewed from the rear or with the lid closed, you see a slim metallic ultraportable with a plastic interior, measuring 0.6 inch thin and weighing 2.73 pounds.

Turn the laptop around or open it up, however, and you spot the difference immediately. The top row of function and media keys has been replaced by a line of white LED-backlit touch buttons, the feature that most makes the Plus look like a sci-fi laptop. Holding the Fn key toggles the LED icons between media and function commands. 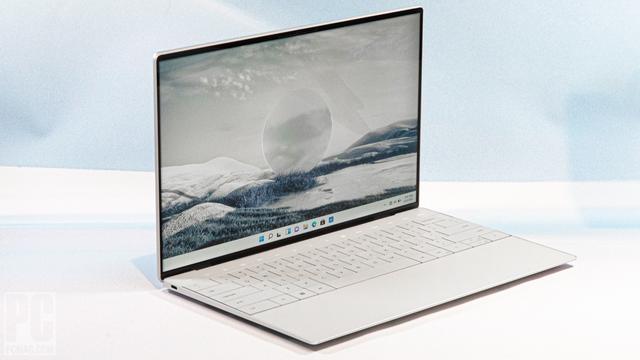 In addition, the keyboard has been redesigned. It's larger overall, thanks to the fact that it runs from edge to edge on the laptop. This not only impacts the visuals but means the keycaps are larger, so it should result in a less cramped typing experience. The bigger keyboard and flush keys—dropping the chiclet style means no gaps between keys—add to the more modern look.

Finally, there's the touchpad, or at least the lack of a visible one. That's right—there are no physical boundaries to indicate exactly where the touchpad is in the palm rest. Dell's designers merely (and correctly) assume you'll know where the pad should be. Dell did say the XPS 13 Plus' packaging will include a paper insert showing the touchpad's location when you open the laptop for the first time, to avoid any confusion.

Replacing the physical pad with an unmarked glass pad with haptic feedback contributes further to the ultraportable's futuristic look, as it seamlessly blends in with the soft-touch material of the palm rest. The overall look of the laptop, when opened, is a sleek and fresh style.

One downside is likely to prove controversial: Dell has removed the headphone or audio jack. No, it's not invisible like the touchpad; it's gone altogether.

This is more of a design decision around the physical needs of a thinner laptops, rather than a philosophical decision about this particular laptop. Asked about it, Dell cited the added room that an audio jack takes up, and the small but measurable thermal difference it makes, even if it doesn't look like much.

Some people still prefer to plug headphones into their laptops, or at least have the option if their wireless headset dies. I still use wired earbuds at my desktop, though I can agree mobile XPS users are likely to be the types of consumers who may own wireless earbuds.

It's More Powerful, Too

The XPS 13 Plus isn't all style without substance, either. This machine actually uses a higher-wattage processor than the new XPS 13, up from 15 to 28 watts.

This should lead to boosted performance despite the slim design, but we'll naturally need to test that for ourselves once production units are available for review. Dell says the keyboard redesign allowed it to fit larger fans and stretch them to the edges to provide a 55 percent increase in airflow. This should also make the system quieter.

Like today's XPS 13, the XPS 13 Plus will offer a choice of IPS or OELD screens. The redesign and increased power do carry a price premium over the standard XPS 13, but not a huge one: the company says models will start at $1,199. Dell boasts that it uses low-carbon hydropower to smelt the aluminum in the chassis and the packaging is made with 100% recycled or renewable materials. This is part of a larger sustainability push that includes the company's Concept Luna sustainability vision.

Stay tuned for more on this exciting new ultraportable when review units are made available, and keep reading PCMag for more CES coverage.