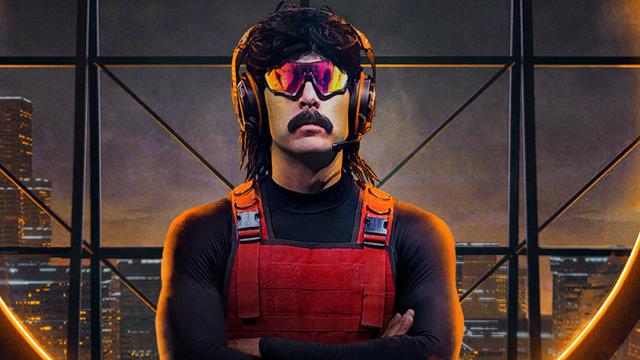 In December 2021, Dr Disrespect, aka Guy Beahm, co-founded a new game studio called Midnight Society with former Call of Duty creative strategist Robert Bowling and Halo 5 multiplayer designer Quinn Delhoyo. What exactly the studio is making hasn't been revealed yet, beyond a promise that it will be "the most community-focused, online PVP multiplayer experience the world has ever seen," but a new blog post has shed more light on the community-focus aspect, which will include NFT sales.

"As we focus on building the best new PVP multiplayer first-person shooter, we’re looking to leverage the collective strength of our Day Zero community to go hands-on during crucial early development milestones of the project," Midnight Society studio head Robert Bowling explained. "This means building an infrastructure that allows the active participants of our community to experience environments, weapons, movement, and other core tenets of the gameplay at a stage where their feedback, input, and guidance can be incorporated."

Most studios rely on various forms of beta testing for this sort of thing, but Midnight Society is instead releasing a Founders Access Pass that will enable holders to play early builds, access Discord channels, and vote on "key design decisions." Founders Access Pass owners will also have the ability to mint a unique, tradable visor design, procedurally generated and with different, presumably random levels of rarity. It's not clear whether these designs will actually appear in the game, however: The post says only that the design "acts as your identity within the Midnight Society and can be used as your verified avatar in and outside the community."

The Founders Access Pass will be restricted to a "select group" of 10,000 community members, who will have an opportunity to spend $50 to get one. There will be other series of passes in the future, however, created "using environment-friendly NFT technology, and each with a unique theme," Bowling wrote. After a 30-day lockdown period, purchasers will be free to sell their passes through open marketplaces like Opensea.

Access to the Founder pass and future series will not be first come, first served: Instead, fans will have to apply for the privilege of giving Midnight Society their money. The Founders Access Pass application process is live now, and applicants will be judged on criteria including (but not limited to!): 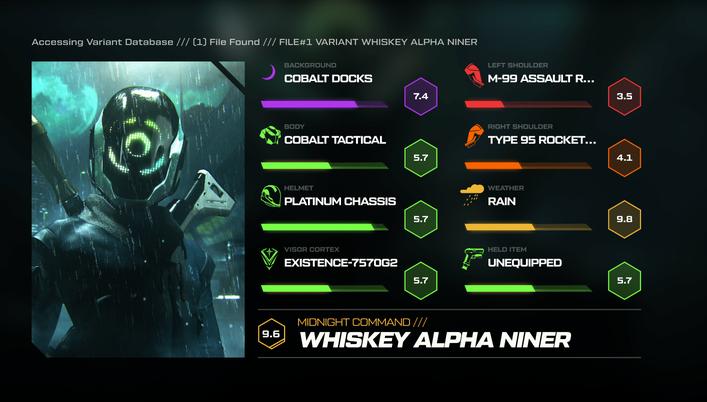 Bowling said that none of this is meant to be exclusionary, and people who want to play Midnight Society's game with a conventional account will be fully free to do so. Furthermore, players who have "no understanding or interest in decentralization" will still be able to take advantage of its purported benefits if at some point in the future they decide to recoup their investment by selling some of their in-game stuff.

"Because we track all entitlements of the centralized account, we can easily transfer ownership of all of your items to you and you are free to sell them in or outside the Midnight Society ecosystem," Bowling said, which honestly makes me wonder why all this NFT rigmarole is necessary in the first place.

Midnight Society is already working on the next round of passes, according to the FAQ on the Founders Pass application page. "We are in the process of designing a meta economy layer for Midnight Society that will form the core of Industry Pass Holders," it says. "Founders will have a say in how it evolves. Industry Pass holders, also known as The Eyes, will form guilds that run all the in-universe manufacturing of weapons, mercenaries, and cosmetics used by Claws in the Midnight Society."

The reaction to the announcement hasn't been entirely positive. There's some cautious support in this Reddit thread, but many users express doubt or disappointment about the embrace of NFTs, and there's also uncertainty about whether this is simply a play for funding or a core aspect of the game. Some followers said the focus on purchases and the in-game economy ahead of an actual game reveal made a bad first impression.

"What happened to the revolutionary game-changing experience?" redditor ThatOneAppleGuy wrote. "To be quite honest, I couldn't give two shits about cosmetic NFTs, but why is it the first thing revealed about the game? It just reeks. Consumers should be sold on the game for its gameplay, not profitability."

Depending on how they're integrated into the game, the presence of NFTs could also be a headache for a potential Steam release: Valve banned all games with NFTs or cryptocurrency from Steam in October 2021.

"What we believe is that in the next several years, games will become more and more decentralized and the walls between publishers and developers will become gates, not barriers," Bowling wrote. "We want to make sure that our users are prepared to take advantage of that future by building for it today."

Midnight Society's Founders Pass application process will be open until March 23. Approvals will be sent three weeks after applications are submitted.