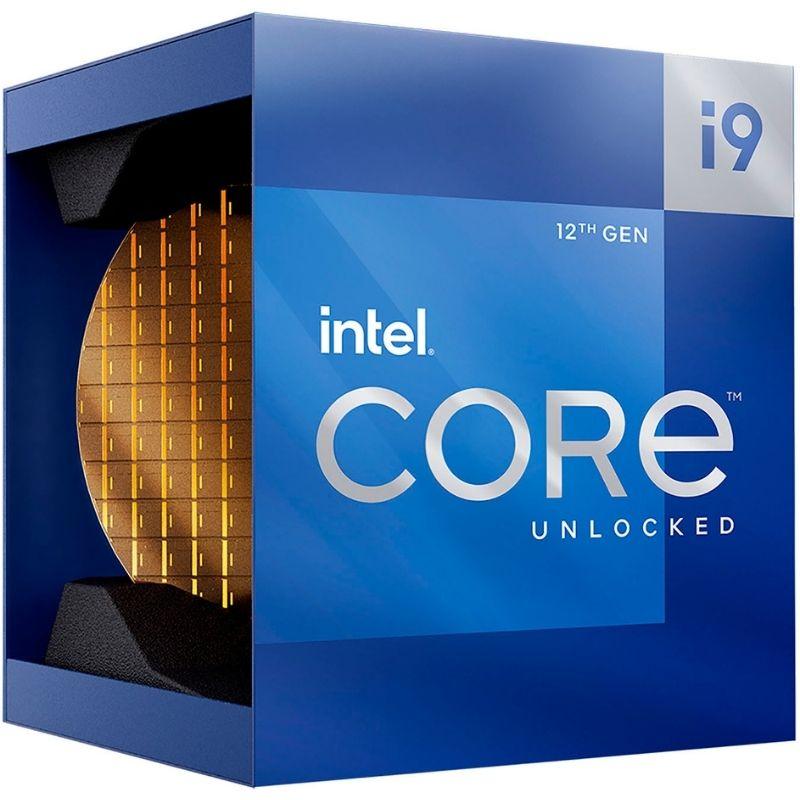 There’s never a dull moment in the computing space but things are looking particularly exciting now more than ever. Between the arrival of Intel’s new Alder Lake CPUs, DDR5 memory sticks, and Nvidia’s new GPU announcements, the PC hardware community is spoilt for choices now. If you’ve decided to build a new gaming PC but don’t know where to start and which parts to pick, then you’ve come to the right place. In this enthusiast gaming PC guide, we’ll take you through some of the best components you can grab for your new gaming rig.

For this guide, we’ve picked some of the best components from our carefully curated collection of parts including the best CPUs, best graphics cards, best motherboards, and more. As an enthusiast gaming PC guide, we’ll prioritize the overall performance of the rig over its pricing in this article. You might want to check out our budget gaming PC guide if you’re looking for something more affordable. We’ve added links to the recommended products throughout the guide along with relevant links to help you put together that particular component. Let’s get started!

Intel’s new Core i9-12900K is our pick for the best enthusiast CPU you can buy on the market right now, so it’s a no-brainer for this particular build. The AMD Ryzen 5950X is also worth recommending but we think the 12900K is the better pick for enthusiasts looking to get their hands on the best components. The Intel Core i9-12900K is arguably better in terms of both performances as well as compatibility. With the new Alder Lake chip, you also get DDR5 memory and PCIe Gen 5 support.

The Intel Core i9-12900K features a hybrid big.little design with eight performance cores (P-cores) and eight efficiency cores (E-cores). It leaves no stones unturned to beat the Ryzen 9 5950X in almost all the workloads save for a few lightly-threaded tasks. You can check out the Core i9-12900K vs Ryzen 9 5950X comparison to find out which one’s better for your build. You can also check out the CPU installation guide to make sure you’re not making any mistakes while building as a beginner.

The Nvidia GeForce RTX 3080 GPU is our pick for the best graphics card on the market right now. We recommend picking it up for this gaming PC guide over other GPUs for a no-comprise experience. The GeForce RTX 3080 is certainly not the most powerful GPU on the market right now. However, we think it’s plenty for most users, be it for gaming or handling content creation workloads. Notably, you can also pick up the 12GB version of the RTX 3080 that Nvidia released not too long ago. Unlike the standard variant, the 12GB version of the GPU is only available through partner OEMs and it costs more, so keep that in mind. 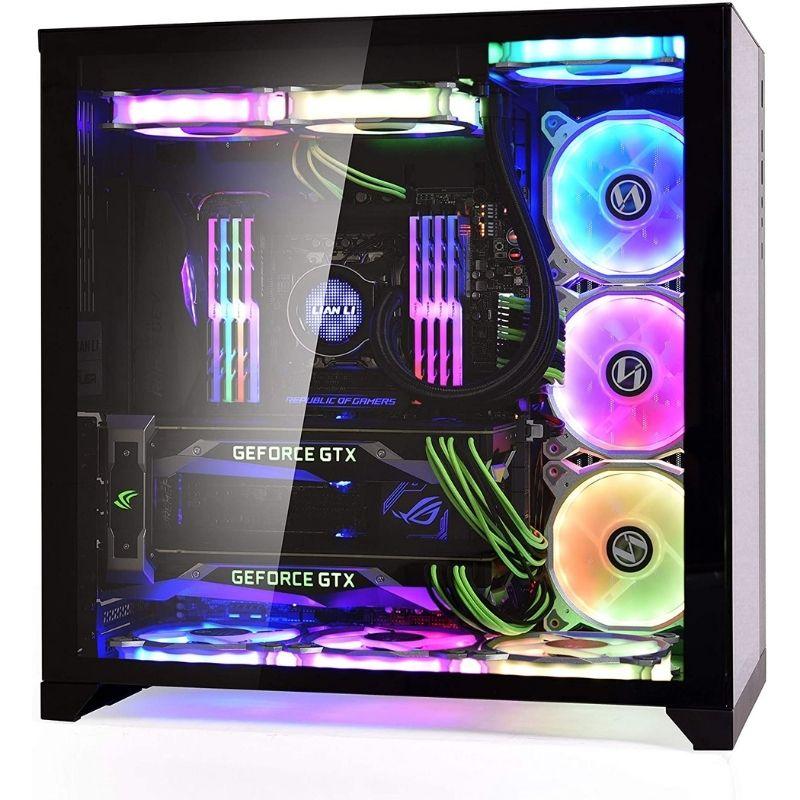 A high-end enthusiast PC build calls for a high-end motherboard. We recommend picking up one of the best LGA1700 motherboards for this gaming PC guide mainly because we’re using the new Alder Lake chip. The Gigabyte Z690 Aorus Pro is one of the best Z690 motherboards out there and we think it’s perfect for this build. The Aorus Pro also happens to be a DDR5 compatible motherboard, which is good for enthusiasts looking to get the best out of their rig. The Aorus Pro also comes with PCIe 5.0 and as many as four m.2 sockets for storage. As we mentioned in our Z690 Aorus Pro review, this particular motherboard is also great for overclocking the 12900K, making it a solid option for this build.

The Intel Core i9-12900K, as you probably already know, is a beast of a CPU that’s fully unlocked for overclocking. We recommend picking up a good quality AIO liquid cooler to get the most out of this chip. The Gigabyte Aorus Waterforce X360 is a solid option to consider for your gaming PC if you have a high-end PC case with enough space to mount a 360mm radiator. The Aorus Waterforce X360 is an impressive kit that works with a variety of CPUs and platforms. It also comes bundled with the new LGA1700 mounting kit for Alder Lake chips. This particular kit comes with a high-end pump with an LCD panel, as many as three 120mm PWM fans, and a 360mm radiator. You can check out our review of the Aorus Waterforce x360 to know more about its cooling performance.

As an enthusiast gaming PC build, we think it’s best to pair the 12900K with high-end DDR5 memory kits. There are plenty of DDR5 RAM kits to choose but we recommend the Kingston Fury Beast 32GB DDR5 RAM kit for this particular build. It’s also pairs well with the Gigabyte Z690 Aorus Pro motherboard that we’ve used for this particular build. You can also go the DDR4 route provided you have a DDR4 compatible Z690 or one of the new 600 series chipset boards for it. We encourage you to check out our DDR4 vs DDR5 RAM comparison to find what’s different between the two memory standards.

We recommend picking up the Western Digital Black SN850 as the primary storage option for this build. There’s a lot to like about this particular M.2 drive and it’s our pick for the best m.2 SSD on the market right now. The SN850 drive is available in 500GB, 1TB, and 2TB capacities, with or without heatsinks. This PCIe Gen 4 SSD is capable of hitting sequential read and write speeds of up to 7,000MB/s reads and 5,300MB/s, respectively. Alternatively, the Sabrent Rocket 4 Plus is also a solid option to consider for your high-end rig. A lot of manufacturers are already working on PCIe 5.0 SSDs, but we don’t expect the consumer-grade PCIe Gen 5 SSDs to arrive until later this year. Additionally, we also recommend picking up an external hard disk drive to use as secondary storage for your PC as high-capacity m.2 SSDs can cause a huge dent in your wallet.

Choosing the best power supply may not be the most exciting part of a PC build but it goes without saying that it’s one of the most important components. It’s not something to be overlooked because a sub-par PSU can negatively affect the overall performance of the build. We recommend picking up the EVGA SuperNova 1000 G5 PSU for this particular gaming PC. As the name suggests, this particular PSU offers 1000W of power for the build, which we think is enough for overclocking and then some. We’ll need all that power mainly because of the 12900K and the RTX 3080 GPU. It also carries an 80 Plus Gold rating, which means it’s one of the more reliable options on the market. You can also check out our collection of the best power supply units to find more options for your build.

Last but definitely not least, we have the PC case. We recommend picking up the Lian Li O11 Dynamic EVO case for this particular guide mainly because it offers plenty of space for all the high-end components we’re using here. The O11 Dynamic EVO is also our pick for the best PC case right now. It doesn’t come up with any pre-installed case fans, but it’s a roomy chassis with tons of expansion slots and a solid set of front panel IO ports. One of the best things about this new EVO case is you can flip and use it in reverse mode too, which is awesome. Alternatively, you can also consider picking up the Corsair Obsidian 1000D if you’re looking to grab a full-tower case for your build.

Here’s a quick look at the price summary of the build based on the parts that we’ve picked. We’ve mentioned the listed price of each item, but it’s subject to change based on the stocks and other factors.

The components that we’ve picked for this gaming PC guide are amongst the best you can find on the market right now. Depending on the availability and the prices, you can expect to pay around $3,000 for this enthusiast gaming build. You can always spend relatively less to get the best frames per dollar value with a budget build. The objective with this gaming PC guide, however, was to fetch the best components for a no-compromise experience when it comes to gaming or content creation workloads.

It’s also worth pointing out that the final price mentioned here doesn’t include peripherals like the monitor, keyboard, etc., so keep that in mind. You can check out our collection of the best monitors and even the best mechanical keyboards to find some good options that fit your budget. If you need more help with your build, then be sure to check out our PC building guide to make sure you’re not missing an important step in the way. Good luck!

Karthik covers PC hardware for XDA Computing. When not at work, you will find him yelling at his monitors while playing video games.