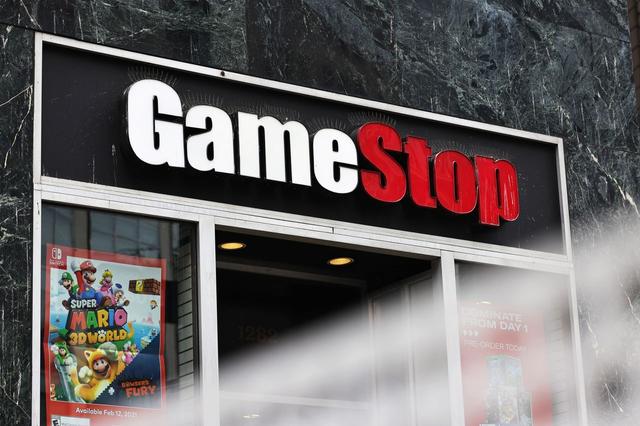 GameStop Stock Is Dropping After Earnings. Its ‘Customer-Obsessed’ Strategy Underwhelmed.

Shares were down 7.4% in premarket trading. The company’s stock is down roughly 56% from a year ago as investors await signs of a broader turnaround for the videogame retailer.

In a new filing with the Securities and Exchange Commission, the company said it was focused on transforming GameStop into a “customer-obsessed technology company to delight gamers.”

“GameStop is on a strategic path to fully leverage our unique position and brand in gaming,” the company said. “Our strategic plan is designed to optimize our core business while at the same time, pursuing strategic initiatives to transform GameStop for the future by expanding our addressable market and product offerings to drive growth in the gaming and entertainment industries.”

The annual filing outlined initiatives like improving e-commerce efforts, its app, and website. GameStop has invested in expanding its fulfillment and customer care operations, as well as its offerings to include more computer and consumer electronics accessories.

GameStop on Thursday also provided an update about its the dive into the non-fungible token space. It now plans to launch its NFT marketplace by the end of the second quarter of fiscal 2022.

Shares are down about 41% year to date, as the meme trade unwound amid broader market volatility and rising interest rates.

The company held a brief conference call with analysts to discuss earnings but didn’t take questions, continuing a pattern from the prior four quarters. During that stretch, the company has also declined to provide financial guidance.

In a recent letter to Bed Bath & Beyond’s (BBBY) board, Chairman Ryan Cohen said he prefers a management approach that focuses on executing rather than appeasing Wall Street and television personalities.

Cohen joined the company’s board as an activist investor in January 2021, which helped spark GameStop stock’s parabolic surge that crushed hedge funds betting against it. Cohen became chairman in June. The company has added executives with e-commerce expertise, most notably naming Amazonalum Matt Furlong to the CEO role.

“We have learned from the mistakes of the past decade, when GameStop failed to adapt to the future of gaming,” Furlong said during Thursday’s earnings call. “It is important to stress that GameStop had become such a cyclical business and so capital-starved that we’ve had to rebuild it from within. We’ve also had to change how we assess revenue opportunities by starting to embrace, rather than run from, the new frontiers of gaming.”

Analysts like Michael Pachter of Wedbush have said the company hasn’t provided a plan for substantially turning things around. Looking ahead to the results, Pachter had told Barron’s that he was expecting the company’s CEO to once again read prepared remarks and not take any questions.

“No guidance, no meaningful revelation about the strategy,” he added. “They will throw around ‘blockchain’ and ‘NFT’ a lot, maybe a few ‘metaverse’ references thrown in.”

It’s not just Pachter questioning the firm’s strategy. At the South by Southwest conference in Austin, Texas, former GameStop director Reggie Fils-Aime told Bloomberg’s Emily Chang that he was rebuffed when he sought to share his expertise as a former Nintendo of America president with Cohen and his associates.

The line drew laughter from the SXSW crowd.

“I come from the business perspective that you need to articulate your strategy to all of your key constituents,” he said. “You need to communicate to your business partners; your vendors; your employees; your shareholders. And the three public boards I participate on all communicate their strategy.”

GameStop shares tend to be volatile in the aftermath of quarterly results, so the initial after-hours move could shift in Friday trading. As Cohen said during his June shareholder address, investors may want to buckle up.

Write to Connor Smith at connor.smith@barrons.com