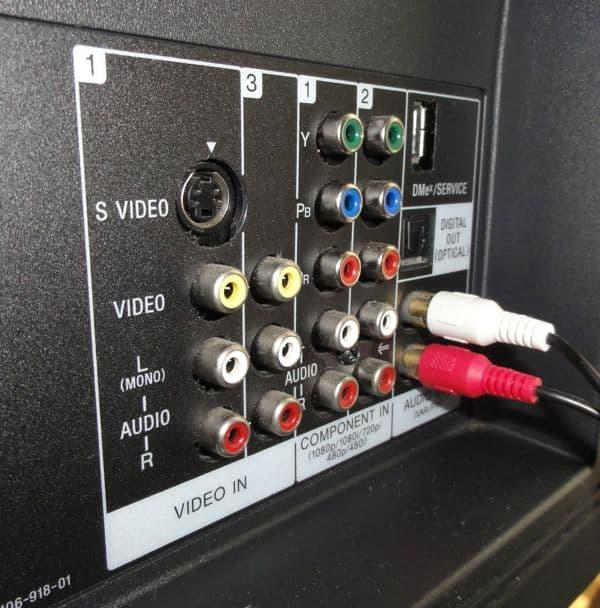 How to Connect a VCR to Your New TV

Want to watch some old family movies on VCR? Having a craving for some GoldenEye on N64? Maybe you found some LaserDiscs at a yard sale -- they may look like huge CDs, but they're analog! Then you notice that your shiny new TV doesn't have the right inputs.

Many modern TVs have, at best, one analog input. Often they don't have any. Fortunately, there are a ton of analog RCA-to-HDMI converters on the market, and they're extremely cheap. The most expensive one I tested, which includes the fancy-for-the-90s S-Video connection, was only $40.

Here's a look at what you need to get converting composite to HDMI.

Who this is for

These adapters are solely to connect and play older, analog video sources to your modern TV. With one exception which I'll discuss in a moment, that means the yellow, red, and white RCA connectors. So that means VCRs, the Nintendo Wii, older game consoles like the GameCube, LaserDisc and many camcorders. Anything with composite video outputs.

The devices below convert these analog signals to HDMI, the ubiquitous connection on all modern TVs. These converters won't let you record those signals, only watch them on your TV. Even if your laptop has an HDMI connection, that is an output only. It cannot accept video to record. There are devices that do that, but that's not these.

These are not component video converters, the red, green and blue connections found mostly on DVD players and early Blu-ray players. However, there aren't many products where you'd need to convert component to HDMI. DVDs, for instance, are playable on Blu-ray and Ultra HD Blu-ray players. Component-to-HDMI converters exist, but I didn't test them for this guide since they're more niche.

These are also not HDMI to RCA, aka taking an HD source to connect to an older, analog TV. Those exist but aren't what I'm testing here, nor will these work for that.

All of these adapters will upconvert the standard definition signals to HD, but as I'll discuss, don't get your hopes up. Your TV will do this automatically, and old video gear is never going to look as good as any modern video source. VHS, for example, has a resolution that is, at best, roughly 320x480. Your 4K TV has 3,840 x 2,160, or nearly 54 times VHS. Unlike what movies and TV shows tell you, you can't just "enhance" this to look like HD or 4K. Your nostalgia is going to remember far better picture quality than the reality of what we had pre-HD. Vastly smaller TVs helped reinforced this impression as well.

In addition to composite I also tested one model that has S-Video. S-Video was found on LaserDisc players and a handful of other products. It was better than composite, worse than component. Unless you're sure you need S-Video, composite will work just fine.

I was able to find an extremely dusty and slightly rusty VCR hiding in the back of my garage. It even still had the Circuit City Open Box sticker from when I first bought it. I also had, I have no idea why, two paper bags full of VHS tapes that somehow made the trip from college in upstate New York, through two apartments in LA, and finally, totally forgotten in the back of a closet in my house. This turns out to be surprisingly relevant, as you'll soon see.

A few important things to mention. Old video gear was 4x3, aka squarish. To watch on a modern 16x9 TV you'll need to find the aspect ratio adjustment on your TV. This might be on the remote, or it might be in the menu. Depending on the age of your TV, it might only let you adjust the aspect ratio with 720p and not 1080, but all the converters I tested have that resolution adjustment. One converter I tested, the Azduou, has an aspect ratio button. I doubt you'll need it, though.

None of these do a particularly good job of deinterlacing -- taking out the jaggies and black lines -- but that's the least of your problems with old video content. It's never going to look as good as HD. 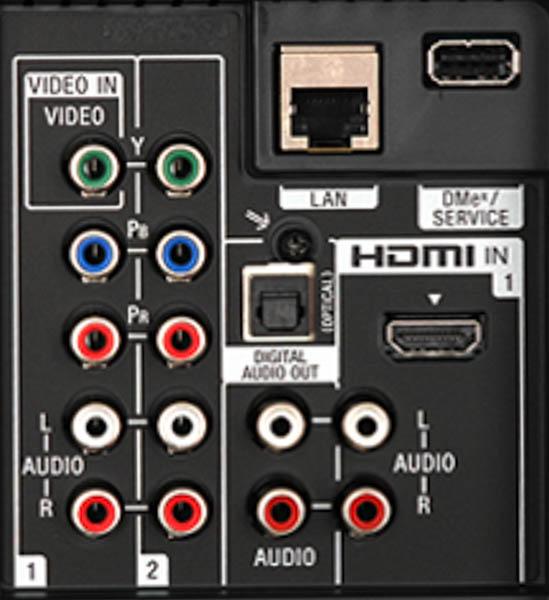 There are countless more options available online. Chances are, if it looks the same as one you see here, it almost certainly is.

The Tixilinbi comes with a removable HDMI cable and non-removable male RCA cables. This makes it overall a better solution for most people, since it comes with analog cables. It's powered via Micro-USB. A cable for which is included, but the wall adapter isn't. That's common with these. You can likely connect it to the USB connection on your TV for power.

Like the Ablewe, there are countless convertersidentical to the Tixilinbi, which are almost certainly all the same.

The Tixilinbi just barely edges out the Ablewe as the pick for most people. It doesn't let you see an image during fast-forward and rewind, but otherwise doesn't work any worse than any of the others. While the non-detachable analog cables are more limiting in terms of placement, you could just connect a longer HDMI cable if the adapter doesn't reach.

If you want to connect two composite video devices, say an N64 and a GameCube, the Axduou lets you switch between them. It doesn't come with RCA cables, but it does come with HDMI, Micro-USB, and a USB power adapter, the only one to do so. That latter isn't a huge deal since you almost certainly have a bunch lying around, and most TVs have USB on the back anyway.

To be honest, this is the one I'd buy. Yes, it's nearly twice as expensive as the Tixilinbi, but the metal chassis feels seriously overbuilt compared to the competition, and having an extra input is never a bad thing. It also lets you see an image during fast-forward and rewind. It's probably overkill for most people, though.

My only complaint is the lack of RCA cables, but you might already have those. If not, they're cheap. Monoprice has some for about $1 a foot.

The Ablewe is representative of myriad identical RCA to HDMI converters on Amazon. It's one of the first ones that comes up if you search for RCA-to-HDMI adapter. It's a simple box with AV connections on one side, and HDMI on the other. It comes in a bag labeled "Deluxe Computer Cable," which isn't entirely inaccurate. It's powered by Mini-USB, the only cable provided. So it lacks the male-to-male analog cables you'll need to connect the device to your VCR or TV. It does, however, let you see an image during fast-forward and rewind.

Like the others here, it works well enough. However, the lack of cables is an issue when there are choices here that come with everything you need. If you have cables already, and would like to be able to see what you're fast-forwarding/rewinding through, this is the better budget option than the Tixilinbi.

The BTS Video dongle had no branding on its box, and the adapter itself said "Wiistar," which is a different brand. The BTS/Wiistar is the smallest I tested, and cheapest. It's basically a chunky HDMI cable that splits into yellow, red, and white male RCA cables. It comes with the Micro-USB needed to power it.

While I like the simplicity of the "one" cable design, this ends up being more trouble than it's worth. The entire cable is only 2 feet, which I imagine for most people is far too short to easily connect. If you have your sources on shelves beneath the TV, for example, this won't reach. It might not even extend far enough to the side, depending on your TV.

It doesn't show an image during fast-forward or rewind, and overall the image is a little softer. It does technically work, and was $7 as of this writing. So if you're on a really tight budget, have a small setup, or a set of long female-to-male RCA cables handy, it's OK.

It's doubtful you'll need to spend the whopping $40 on the Easycel, but it gives you an option for S-Video if you're so inclined. This connection, which is four pins and looks like the cable you'd use to connect a mouse or keyboard, was common in higher-end video sources in the late '80s, '90s, and very early 2000s before being replaced by component and, eventually, HDMI. However, don't expect magic. This is still standard-definition video we're talking about. The phrase "lipstick on a pig" comes to mind.

It comes with its own small power adapter, S-Video and male-to-male composite cables, but not HDMI. It's the only converter I tested that has a separate analog audio output. It doesn't let you see an image during fast-forward and rewind, though.

During testing, this project took an unexpected turn. On an unlabeled VHS I found a short clip of my childhood dog, Kodi. I didn't think any video of him existed. He died long before cell phones or even widespread digital photography, so I only have some transferred-film photos and my own memories. What an unexpected joy. What an absolute gift.

Then it got even wilder. I tweeted about finding Kodi's video and one of my followers said she was digitizing some old VHS tapes that night as well. She sent me the link… and it was a long interview of a friend-of-a-friend who passed a few years ago. The internet is a small place. I sent my friend the link and he was beyond delighted to see his old pal again.

Which is to say, these converters are absolutely worth their price. Whether it's for a burst of nostalgia endorphins from a favorite old game, or seeing someone you loved one more time. If you've got the old gear, definitely worth connecting them up. Even if just for a night.

As well as covering TV and other display tech, Geoff does photo tours of cool museums and locations around the world, including nuclear submarines, massive aircraft carriers, medieval castles, epic 10,000 mile road trips, and more. Check out Tech Treks for all his tours and adventures.