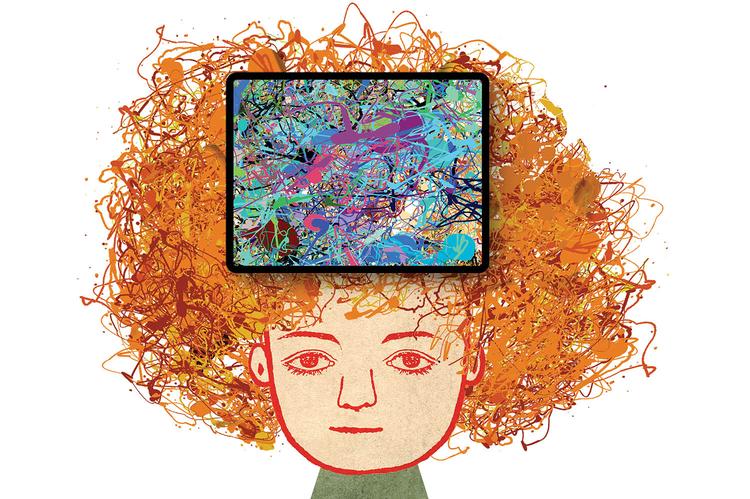 If you worry about library books, think about what kids can see on school-issued iPads

Like most parents of young children, I operate in a state between exhaustion and getting things done. Which is why, when my son came home with a Dallas ISD-issued iPad at the beginning of the school year, I felt a tinge of I-don’t-like-that as we try to keep screen time to a minimum in our home.

But soon I got distracted. My nursing infant, work clients, tantruming toddler, concerns about a resurgence of COVID-19, they all had their demands. Plus, we love our neighborhood, and we want to participate in the public schools. And we assumed that there were thoughtful policies in place.

When I finally got up the energy one night to fire up my 6-year-old son’s iPad after his bedtime, to see what he had access to other than the education apps, I was shocked.

When I Googled obviously sexual or violent words, a Dallas ISD security page popped up saying my search had been blocked. Thank goodness.

But then I searched for words more off-the-beaten-path, such as “abuse,” “creepy,” “body.” Well, there were countless images, descriptions and videos that elementary school children shouldn’t be exposed to, at least not on a taxpayer-funded device. A woman being strangled. Lyrics for “real hot girl [expletive].” Demons and bloody baby dolls.

While some have spent so much energy fighting to remove graphic novels from middle school libraries across North Texas, thousands of kids have access to countless such images at their fingertips, with only their creativity, spelling abilities or lack of an older sibling to limit them.

This technology is all very new for the district, for parents, children and teachers, and its introduction coincided with a tumultuous few years. When I toured our neighborhood elementary school in 2019, there was an old-fashioned computer lab, which, we were told, students visited once or twice a week. Any phones the kids had must remain in their backpacks.

Flash forward one year later — one big consequential year — to August 2020, in the deep throes of the COVID-19 pandemic and remote schooling. DISD distributed iPads to 46,000 students in pre-K through second grade and Chromebooks for 14,000 students in grades three to five, a $20 million taxpayer investment.

COVID-19 was an urgent crisis and providing ways for children to continue instruction was essential. The devices were intended, no doubt, to help stem learning loss and inequities in internet access that threatened to widen the racial and economic disparities from pandemic-driven remote schooling, with devastating results.

But it was 2021, when in-person schooling had returned, that my elementary school child received his district-sponsored tablet with little information about why such devices were still deemed necessary, how they were to be integrated into the curriculum, or what safety protocols existed.

When I called our elementary school administration to learn what policies were in place, I learned:

Importantly, when I raised this to their attention, the school administration was very accommodating and gracious about how to improve.

When I talked to DISD about the devices they distributed, I learned that no person is in charge of a comprehensive technology plan at the district level either, and there had been little to no public communication with families about how to manage this significant change.

I did learn from the IT team that all the devices are programmed with software called iBoss to block pornography, gambling, violence and social media (except Twitter); but a decent amount of this material could get through. Parents also received a waiver at the start of the school year, which focused mostly on damage and repairs for the device, with a disclaimer on the second page that a “student may encounter inappropriate content and material that Parents/Guardians might find objectionable.” This makes sense. According to Common Sense Media, “27% of videos watched by kids 8 and under [on YouTubeKids] are intended for older target audiences, with violence being the most likely negative content type.

Again, I’ve since had a number of helpful talks with district leadership, and they seem keen to improve and update policies about technology use now that in-school learning has resumed, for which I am thankful. 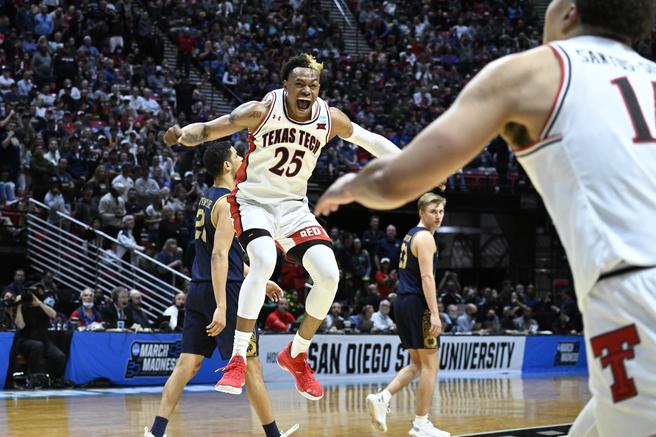 In addition to revisiting the safety of the devices, there are also considerations about their educational benefits. For example, there’s an argument to be made that risks of exposure to negative or violent content might be worth it if the educational and social benefits of the devices are demonstrably high. Here the research is mixed.

As an economist, I’m unnaturally interested in data. Because iPads have only been in existence since 2010, and they were incorporated into classrooms and used by young children even more recently than that, the reality is we don’t have good information about the impact of these devices on children’s learning over the long run, one way or the other.

Some studies find that tablet usage in elementary school can stimulate higher levels of engagement and personalized learning. Others find devices cause more distraction and less retention than paper-and-pen learning.

A 2016 technical report from the American Academy of Pediatrics summarized the existing research on technology and young children, concluding: “It is unknown whether rapid shifts in attention to and from digital stimuli may have long-term effects on children’s attention span or information processing.”

There seems to be more certainty about screen overuse, with the same study reporting: “An earlier age of media use onset, greater cumulative hours of media use, and content that is not of high quality all are significant independent predictors of poor executive functioning (impulse control, self-regulation, mental flexibility).”

There’s also the opportunity cost that comes with screen time, of the time not spent outside or with friends or at play that would otherwise have occurred, especially for little kids, or in school, interacting with teachers and peers in the classroom. This is where the anecdotal evidence comes in, with reports of various tech titans limiting their own children’s screen use.

In 2019, the World Health Organization recommended limiting screen time to one hour a day for 5-year-olds (kindergarten age), but as of 2020, Common Sense Media found the average 5- to 8-year-old spent three hours a day on a screen. And this was before the pandemic, when screen time increased greatly for kids, the average time reaching eight hours a day.

Surveys find that screen time tends to be inversely related to parental education and income, meaning that low-income students already tend to have significant screen time at home and may be further harmed by increased technology use in the classroom on top of it. This is of particular concern given the educational hit that many of these students experienced during the pandemic; our nationally persistent race, ethnic and income achievement gaps in education; and the fact that disadvantaged students are the least likely to have different school options.

All of this warrants a level of transparency and intentionality about technology use that is higher than what DISD has provided. A districtwide distribution of iPads and Chromebooks should be accompanied by an easy-to-read commitment to parents and children for safety, accountability and pedagogy guidelines for technology use.

This technology commitment should have at least five components, including:

At the school level, parents, teachers and principals should be free to further drill down into what policies beyond these basic components are suitable for their unique student populations, such as for an elementary school.

As a mother and economist, I prefer for the devices to operate as mobile computer labs of sorts for elementary school kids. As such, they would be kept at the school and used for a maximum, set amount of time each day in the classroom — let’s say 20 minutes — an amount that is communicated to parents.

Devices would be loaded with a handful of learning apps and no internet connection. For example, must a kindergartener’s iPad come fully loaded with Google, Google Images, YouTubeKids and a camera, and carried to-and-from school each day?

None of this is unique to Dallas. Across the nation, parents, kids, teachers and school administrators are experimenting with how to best incorporate and benefit from new technology. For example, the state of Texas is moving to online testing, something that came up frequently in my discussions with school administration as the reason for more device use than the computer lab of old. Environmental efforts to reduce paper result in most things digitized for older grades. Who at the state level is responsible for the relationships of students in Texas with technology and weighing the cumulative downstream effects of these changes?

There aren’t many absolutely right answers or absolutely wrong answers, and certainly there are a lot of strong opinions. This is an opportunity to lead with accountability, transparency and thoughtfulness and to develop a set of best practices to help schools in their decision making.

This approach suggests humility, a close look at the ever-evolving evidence and clearer guidelines for technology use, instead of sending a nearly fully loaded iPad home with tens of thousands of elementary school children with chargers, earphones and little protection or responsibility beyond a waiver.

Abby M. McCloskey is an economist and founder of McCloskey Policy LLC. She has advised multiple presidential campaigns. She wrote this column for The Dallas Morning News.

Find thefull opinion section here. Got an opinion about this issue?Send a letter to the editorand you just might get published.