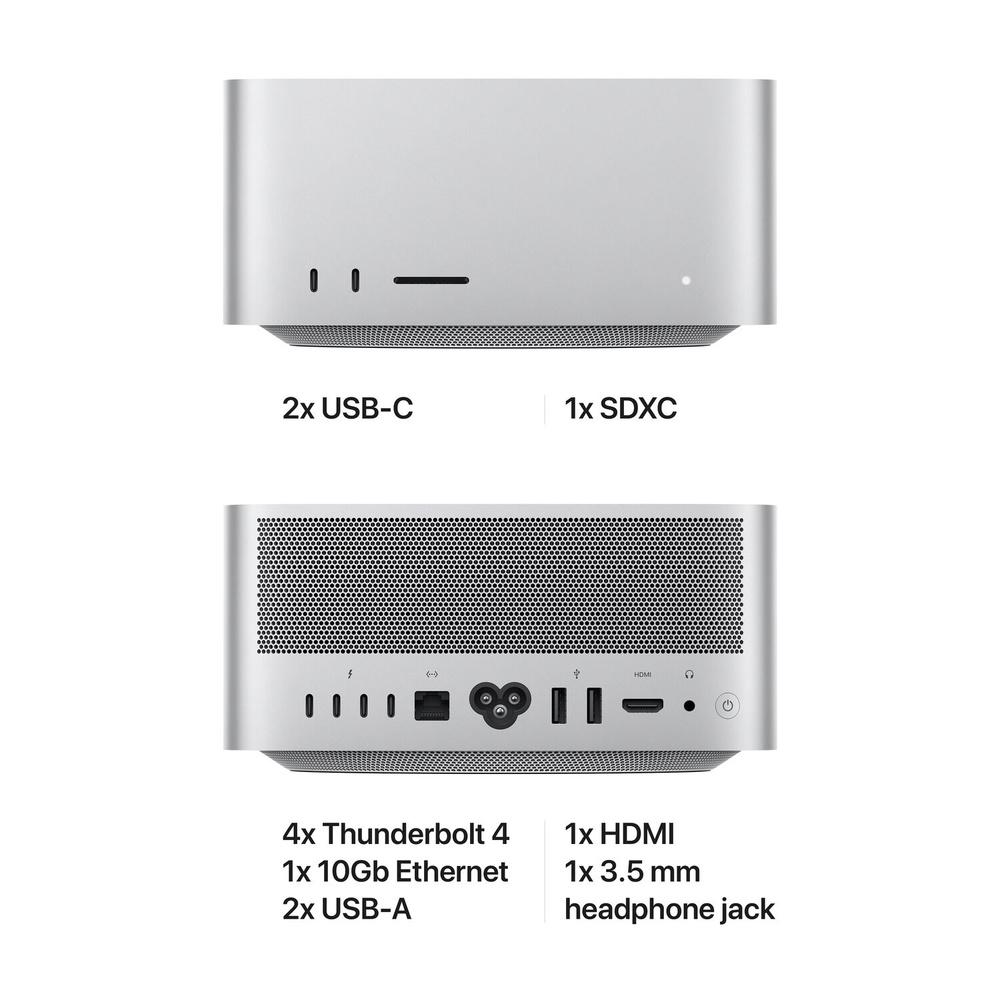 Is the Mac Studio Good for Filmmakers? We Reviewed One to Find Out

The Mac Studio counts as the first real "surprise" we've had from Apple in a long time. After rolling out the move to Apple Silicon (which had long been rumored), we had a sense of what was coming for about two years.

Then, out of nowhere, a $2,000 desktop with a killer display and a whole lot of power, in a form factor like a super-powered Mac Mini. Kind of like the long-ago Mac Cube that was a bit too far ahead of its time.

We've had a few days to test out the Mac Studio, and we're frankly pretty impressed with how much power is packed into a small footprint box on your desktop. Honestly, while we know a Mac Pro is coming, it seems like this little unit might be enough power for the vast majority of folks out there making movies today.

To put it simply, the Mac Studio, even in the $1,999 configuration we tested, just has foot-stomping amounts of power. There is of course the demo Apple made with Final Cut Pro, running 18 streams of ProRes 8K files at once. But that's ProRes, which plays well, and Final Cut is incredibly optimized. We wanted to see how it handled other formats and software, so we fired up Resolve and piled in 12K Blackmagic RAW files and the (often harder to play) 4K ARRI RAW files.

And it just crunched.

We could have seven separate files running all at the same time off of a single SSD.

A likely issue was a disk speed bottleneck more than processor power. Without much effort on the part of the machine at all, it didn't visibly strain or kick on the fans. When it came to dailies, we were getting real-time dailies on the 12K files and 2x out of the ARRI RAW, also in real-time. If you are old enough to remember when we used to have to pay $6,500 for a Red Rocket to get real-time transcodes from 4K RED raw files, getting the same speed on 12K for a $2,000 machine is just bonkers.

Do You Need All This Power?

One thing that folks seem to wonder about is—will they need all this power?

Considering the affordable price point, especially for the M1 Max version, it's a safe bet for most filmmakers that, yes, you will benefit from it. Even if you decide to do your next project on an iPhone, that still shoots 4K (ProRes if you want it), and you'll still want to transcode it to something edit-friendly, you'll then want to render it out for delivery. All this will be faster, easier, and less painful with this power. 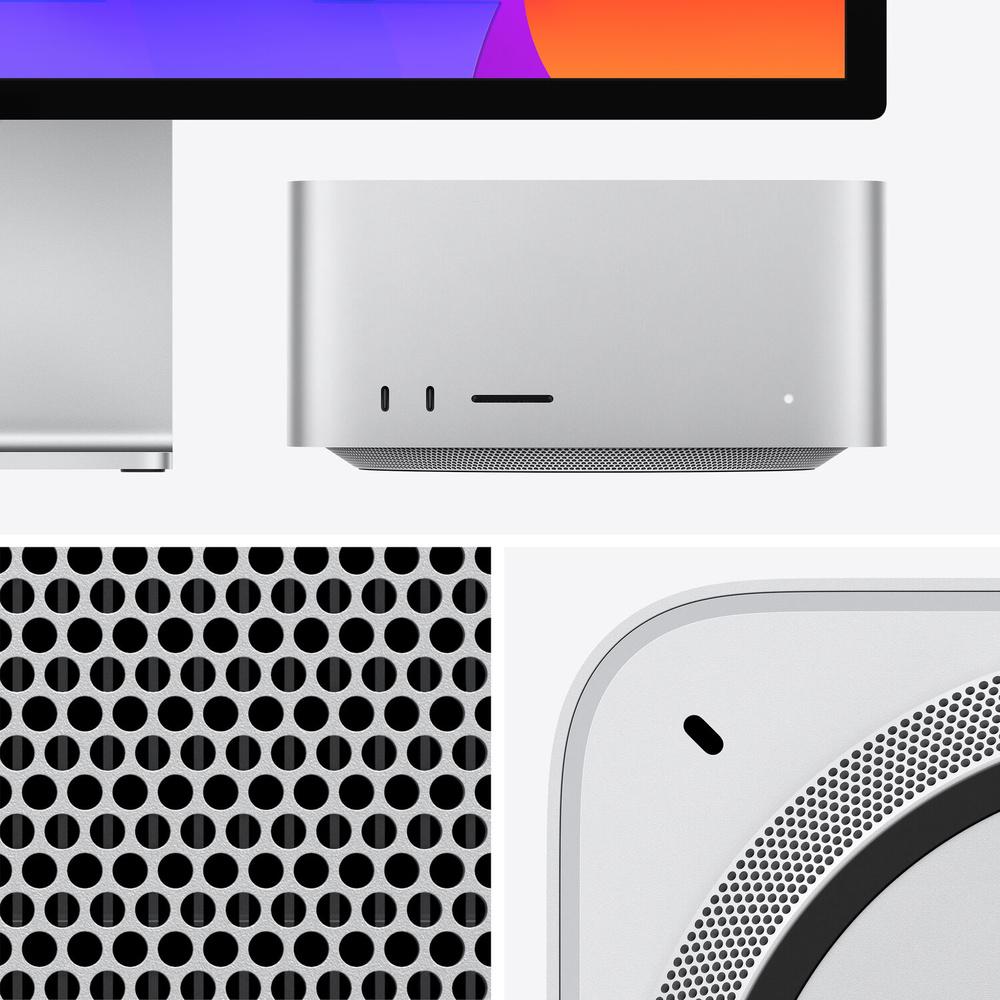 But at the higher end, resolutions keep crunching. 8K is getting pretty common now, and that Blackmagic 12K is still out and about churning out big resolution files you can chop and crop all sorts of ways. On top of that, we usually hope to get at least three to four years out of a machine.

I know folks still running 2013 Mac Pros in their stations (though those 9-year-old machines are definitely showing their age). Higher resolutions are going to keep coming, more and more productions are going to be shot in RAW, and within a year some of us are going to have to do jobs with 18K RAW files. So, yeah, the power will be worth it.

The Studio Display Is Back

The other news that launched at the same time was the return of the Studio Display with a whole slew of nifty features such as high color accuracy and built-in sophisticated webcam tech.

Since software changes the image so much, we'll continue to insist we don't care about our display's color accuracy (only the color accuracy of our broadcast monitor). But the Studio Display offers up a very nice-looking image that is pleasant. For home media consumption it'll be a joy.

The real secret surprise was just how good the speakers sounded. One of the first things filmmakers do is set up some sort of audio board to connect some audio monitors. Getting good sound is essential throughout the edit and for previewing a remote mix.

Honestly, the speakers on the Studio Display sounded clean, robust, and as accurate as my Studio Monitors and could well serve as a replacement. At least until you need a more robust solution. It seems likely we'll see editing suites specced out soon using the built-in Studio Display speakers for their audio.

Even better than that is you'll have these speakers in more clients' offices, so when you are sending in your cut for approval, what they are going to be hearing is more accurate than it would've been otherwise. And that is a huge, huge benefit. The Studio Display also has a built-in stand that is quite attractive and doesn't cost any additional money, which is a nice touch.

One of the big questions on the table is, "How pissed should the owners of the 2019 Mac Pro be?"Which is an interesting question.

Honestly, I'm on the side of, "Hopefully that not that pissed, or at least not about this."

By 2019, the path toward Apple Silicon was quite clear. Folks paying attention (and you should have been if you were buying a $6,000 machine) knew that this was the "Last Intel Mac" and should have been making their decision accordingly.

At the time, the $6,000 price point seemed insane, but looking back, I actually think it was a deliberate move to keep casual purchases at bay. $6,000 is a professional computer price. If you are spending that on a computer, you better have a plan for how it will make its money back in two years. If Apple dropped the Mac Studio six months later, I would support being mad. But this is 2.5 years later. You had 2.5 years to monetize that Intel Mac Pro.

Yes, weirdly, Mac didn't refresh the Mac Pro from 2013-2019, but that was a weird time in computer history, and Mac is back to a normal refresh cycle.

Now, there were hiccups with that Mac Pro that led to frustrated owners, and that emotion is fair. You spend $6,000 on a machine, it better work and work well, as well as really deliver on expectations. But after about two years, you know a refresh is coming. And here it is.

Is the Mac Studio Good for Filmmakers?

For the vast majority of filmmakers, this is the Apple Desktop to land on. More power and better speakers than an iMac (when paired with the Display), but without the "used-car" level expense of the Mac Pro.

A new Mac Pro is coming, and knowing Apple, there will be something interesting there. But the question will really be if you need the power that is going to offer. For a lot of us, shooting projects in 12K and cranking out 4K masters, the Mac Studio is going to offer plenty of horsepower at a price point that feels pretty darn reasonable for what it offers.