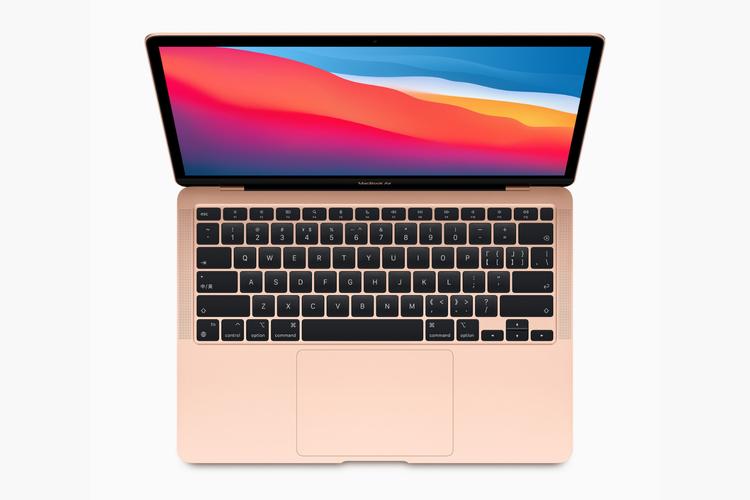 New MacBook Air: Everything you need to know

Apple gave its lightweight laptop range a boost in late 2020 by introducing the M1 MacBook Air, but rumours suggest we could soon see the arrival of a redesigned version of the ground-breaking device.

Online whispers suggest the new MacBook Air could be even thinner and lighter, pack a next-generation Apple Silicon processor, and even (gasp) come in a range of colours. Here's what we know so far.

When will the new MacBook Air be released?

The M1 MacBook Air made its debut in November 2020, making it just under 18 months old - and ready for an upgrade.

There was no sign of a new MacBook Air during Apple's 2021 events sadly - but not surprisingly. Bloomberg's Mark Gurman had previously suggested Apple might prefer the first half of 2022 instead for the Air.

Kuo then followed up in late September 2021, suggesting the MacBook Air won't go into production until late Q2 2022, or possibly even Q3 2022, pointing towards a release sometime between August and September 2022.

With all that said, it should come as no surprise that the MacBook Air was a no-show at Apple's March 2022 event - it looks like you'll have to wait a few more months for a new MacBook Air.

How much will the next MacBook Air cost?

Something else Ming Chi-Kuo stated in his report was that the MacBook Air would see a reduction in price, but it’s unclear whether this would be due to the new models being cheaper or Apple keeping the older versions in the catalogue and lowering the cost.

At the moment, buying a new M1 MacBook Air will set you back the following amounts:

One way for this to work is that Apple knocks around £100/$100 off the older models and slips the new ones in at the existing price points, which would make the original M1 models even more tempting.

However, Twitter leaker @dylandkt suggests that the new range could be slightly more expensive at the entry-level (though no specific prices were provided) so the pricing of the new range is very much still unconfirmed at this stage.

What new features will the MacBook Air have?

Rumours suggest that Apple may well be adding new features and bringing back some old ones with the MacBook Air (2022) redesign. You can expect the standard upgrade of new processors, storage increases and access to the latest version of macOS, but here are the more interesting things we’ve seen reported so far:

Bloomberg has reported that the new MacBook Air will be ‘thinner and lighter’ than the current models. This could be achieved by shrinking down the bezels around the display, possibly bringing it closer to something like the new MacBook Pro range, Dell XPS 13 or Huawei MateBook 14 (2020), albeit without the latter’s 3:2 aspect ratio. 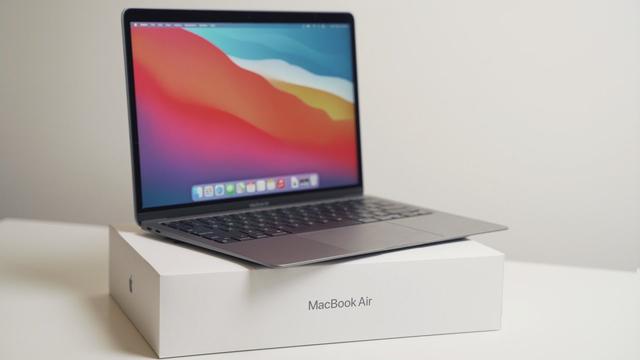 Ming-Chi Kuo suggested in an August 2021 note to investors that the design could be in line with that of the redesigned MacBook Pro range that has since been launched, sporting smaller bezels achieved in part by placing the webcam in a notch that cuts into the top of the display.

That was backed up by Twitter leaker @Dylandkt in October 2021, also suggesting that the new MacBook Air will be similar to the design of the 2021 MacBook Pro range "while being thinner, lighter".

The leaker also teased the possibility of an upgraded 1080p webcam and off-white keyboard and bezels (compared to black on the new MacBook Pro).

Most recently, Ming-Chi Kuo doubled down on his prediction in March 2022, again stating that the new MacBook Air will feature an all-new form factor, more colour options and more at release later this year.

The 2020 MacBook Air was one of the first devices to be powered by the M1 chip, Apple's first laptop processor designed in-house. The M1 was updated in 2021 with new M1 Pro and M1 Max versions, and the M1 Ultra was revealed in March 2022 - but the latter is for desktops only.

A tweet from prolific leaker Dylan suggests that the next MacBook Air will launch in 2022 alongside an all-new M2 chip, echoing similar predictions from Mark Gurman who also suggests an M2 upgrade is on the cards for the new laptop. However, details on what this new processor will bring to the table are relatively thin on the ground.

Early indications suggest it'll be similar to the A15 chip found in the iPhone 13, and deliver more wholesale changes than the iterative M1 Pro, Max and Ultra, but that's about all we know for now.

However, analyst Ming-Chi Kuo believes differently, stating on Twitter that he believes the redesigned MacBook Air will have a variation of the M1 chip and not the next-gen M2, so it's far from official at this point.

To coincide with the redesign of the MacBook Air, Apple is apparently considering shipping it in new colour options. It's not unheard of, given the fact that the iPhone 13, iPad Air, and most recently the 24in iMac all come in a variety of colourful options including red, green and blue.

In fact, it seems to be a trend within Apple at the moment to introduce non-pro products in brighter, more vivid colours, so it's not hard to imagine the same will happen with the MacBook Air.

That's what Apple leaker Jon Prosser suggests anyway. The leaker, who correctly predicted that the iMac range would come in a variety of new colours (although his colour predictions were off) discussed the upcoming M2-enabled MacBook Air in a May 2021 YouTube video.

He claims that one of his sources has seen a prototype of the redesigned MacBook Air in a new shade of blue, and said that it looked "absolutely amazing".

He followed up days later with another YouTube video with renders based on photographs of the new laptops he'd seen.

Ming-Chi Kuo also expects the new MacBook Air range to come in a variety of colours, noting in an August 2021 note to investors that there will be "several" colour variants to choose from, although the analyst has yet to shed light on what those colours may be.

It's also on the cards according to Twitter leaker @dylandkt, suggesting that it'll be available in "color options similar to the iMac 24".

Ming Chi-Kuo (via Macrumours) has said that the new MacBooks Apple has in the works will feature Mini-LED displays. These would bring more balanced contrast to colours and lighting, brighter panels and should prove more energy efficient.

So, a better-looking screen and longer battery life. That’s something we’d all like to see in a laptop.

Mini-LED has already arrived in the updated 14in MacBook Pro, and by the time it reaches the MacBook Air, it could be commonplace among Apple's laptops.

If you want to know more, and why it's a big deal, read what a Mini-LED display is and why you want one.

Many long-term Mac users will rejoice at the idea of MagSafe chargers returning to the MacBook Air. These magnetically attached charging cables had the excellent feature of instantly popping out if someone pulled on the cable.

So, if your dog decides to run across the room while you have your Mac plugged in, they won’t end up yanking the device off the table and have it clattering to the floor if their paws get caught up in the cable.

MagSafe is another feature that we've seen appear in the 2021 MacBook Pro updates, so it's more likely than ever that it will also be included in the new Air. In those laptops charging is supported on both MagSafe and the USB-C/Thunderbolt 4 ports, so hopefully the same will be true for the Air - leaker @dylandkt certainly believes so.

If you don’t want to wait for the new MacBook Air to arrive, you can check out the current best MacBook Air deals as well as our guide to the best laptops currently available.