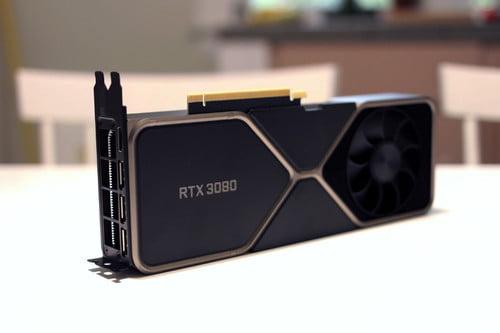 Nvidia RTX 4090’s outrageous power needs may not be real

We’re still months away from the release of Nvidia’s next-gen Ada Lovelace GPUs, but the rumor mill is already in full force, this time talking about the potential power consumption of the upcoming RTX 4090.

While rumors suggest that the RTX 4090 may be one of the most (if not THE most) power-hungry PC components ever made, is it really plausible for Nvidia to release a GPU with a TGP of 850 watts?

This isn’t the first time we’re hearing about the alleged power requirements of Nvidia’s RTX 40-series graphics cards, and more specifically, the flagship RTX 4090. Just over a month ago, Twitter leaker @harukaze5719 speculated that a bundle of Intel’s upcoming Raptor Lake Core i9-13900K processor and Nvidia’s RTX 4090 Ti would require at least a 1000W gold power supply. This prompted a response by another hardware leaker, Greymon55, who claimed that a 1000W PSU would still not be enough.

For the uninitiated, these numbers are really huge. Nvidia’s current best graphics card, the RTX 3090, has a peak power consumption of around 350 watts. Therefore, Nvidia recommends that its customers use at least a 750-watt power supply with that GPU. While that still puts the PSU in the higher ranges, it’s not outrageous, and many modern gaming PCs use even stronger power supplies to ensure smooth performance.

I am not clear at the moment whether one model has three TGP ranges or whether it has three models but the TGP number of the AD102 is 450W-650W-850W, of course this is not the final specification and there may be some deviation.

However, put into perspective, this implies that the RTX 4090 would require twice the power of its predecessor and that the GPU alone would consume enough power to run a whole gaming PC. Although the RTX 4090 is rumored to be much more powerful, it’s difficult to justify such steep wattage. With such a TGP, Greymon55’s estimates may not be enough, and as TechRadar reports, we might be looking at a 1,200W power supply in order to run a system with the RTX 4090.

Such power requirements would certainly be a roadblock to some users, as 1,200-watt PSUs are not cheap, and users who are upgrading just the GPU shouldn’t necessarily be expected to also swap out their power supply. On the other hand, people who are willing to spend however much the RTX 4090 will cost upon release may also be more likely to shell out some extra cash on a new power supply. In any case, Nvidia shouldn’t assume that a TGP of 850W is plausible for every potential customer.

Keep in mind that while all three of those sources have gotten things right in the past, this is still just speculation — and both Greymon55 and kopite7kimi admit that, too. That alone hints that we may see a more reasonable TGP in the final product. On the other hand, Wccftech revealed that Nvidia is developing new PCIe Gen 5 connectors that will provide up to 600 watts per connector, which could potentially come in handy for the rumored RTX 4090.

With a rumored September 2022 release date, Nvidia Ada Lovelace graphics cards are still a while away. Hopefully, Nvidia will soon reveal more about the GPUs and allow us to move from the speculation stage to potentially preparing for a huge power supply upgrade.