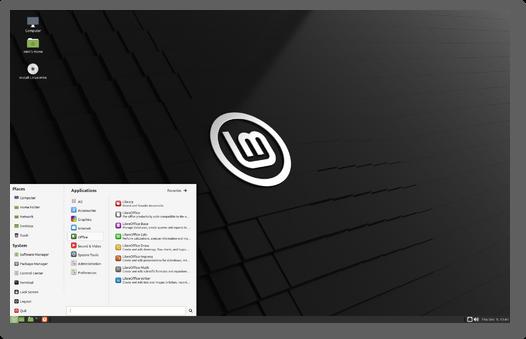 Still the top: Linux Mint 20.3 is the best Linux desktop

Want a good tech job? Then you need to know Linux and open-source software. One of the best ways to learn is via a Linux Foundation course.

As always, I like Mint's default Gnome-2-based Cinnamon desktop. But Mint gives you a choice of many fully supported interfaces, including MATE, a Gnome-2 fork, and the ultra-lightweight Xfce. Most desktop users will be pleased with Cinnamon or MATE. But if you have older low-powered systems, Xfce is an excellent choice.

Even PCs built in the 2000s can run Mint; if your PC has a 64-bit AMD/Intel processor, it can run Mint. The full version of Linux Mint requires a mere 2GB of RAM, but you can run it with a mere 1GB.

This is not Windows -- where running on 4GB is just asking for trouble.

You'll also need at least 20GB of disk space, but Mint recommends 100GB. Finally, you'll need a graphics card and monitor that supports a 1024×768 resolution. In other words, you can pretty much run Mint on any PC built in the last decade.

Updating to Linux Mint 20.3 from Mint 20.x is simple. You can also easily install Mint on a Windows PC and other computers. 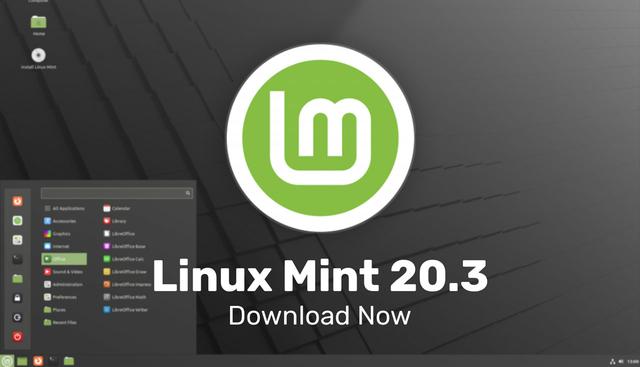 I don't recommend installing Mint 20.3 on your main PC -- unless you're an expert. It's always better to be sure everything works well on a test box before upgrading a production machine to a new operating system, be it Linux, Windows, or anything else.

This latest version of Mint is a long-term support (LTS) release (it will be supported until summer 2025). Under the hood, you'll find the Linux kernel 5.4.0-92 and Linux firmware 1.187. For its foundation, Mint is still based on Ubuntu 20.04. Looking ahead, Mint has no plans to move off of Ubuntu 20.04 until 2023. Unlike Fedora, Linux Mint is not a cutting-edge distribution. It prioritizes stability over experimentation.

Also: The best Linux distros for beginners: You can do this!

But it does still offer some handy new features.

First, the new Cinnamon 5.2 default interface comes with larger title bar buttons, rounded corners, a cleaner theme, and dark mode support. The result is a more attractive, useful desktop. If you don't care for it, that's not a problem; you can switch back to the original 20.2 version of the Mint-Y theme, "Mint-Y-Legacy," by simply installing the "mint-themes-legacy" package and changing your theme to Mint-Y-Legacy.

Cinnamon 5.2's calendar app now also syncs with the evolution-data-server. Using this, it can support many online calendars and applications. For instance, if you use GNOME or the Evolution Calendar, it automatically works. If you use Google Calendar, simply connect the GNOME calendar in Online Accounts. If you use Thunderbird, you'll need to install an add-on to integrate it with evolution-data-server, and it will start to sync as well. I find this very handy.

Cinnamon's Nemo file manager also has a small improvement. In the past, when files were moved or copied and their names conflicted with existing files, Nemo would only let you skip, ignore, or overwrite the files. Today, you can choose to have them renamed automatically to avoid any conflict. I run into this annoyance all the time, so for me, this is a useful new trick.

The Hypnotix IPTV viewer is also better than ever. This program enables you to watch a variety of internet-based TV channels, such as Pluto TV, from around the world.

Mint continues to fully support Flatpak for application installation as well as the usual Debian/Ubuntu package management tools. If you'd like to use Ubuntu's Snaps instead, you'll need to manually enable it.

For its default applications, Mint has the usual selection of the best Linux desktop programs. These include LibreOffice 6.7.2 for its office suite, Firefox 95 for its web browser, and Thunderbird 78 for its e-mail.

All in all, this is a minor update for Mint. I found it worthwhile, but if you're content with Mint 20.2, there's no compelling reason to move up to Mint 20.3.

If you're looking for a good Linux desktop to replace Windows or another Linux, however, I highly recommend that you move to Mint 20.3.