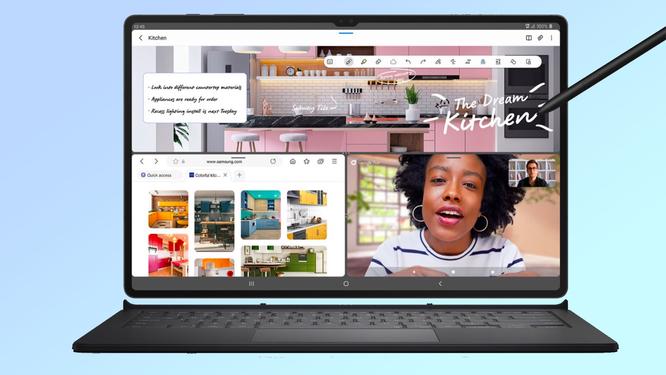 Yes, the Samsung Galaxy S22 Ultra looks like a big deal, but when considering the rumored announcements for this week's Galaxy Unpacked 2022 event, don’t overlook the Galaxy Tab S8 Ultra. If the rumors are right, this will be Samsung’s biggest tablet ever and it will literally make the iPad Pro look like an iPad mini by comparison.

But it’s not just the size of the Galaxy Tab S8 Ultra that has me excited for what could be one of the best tablets of 2022. The Tab S8 Ultra is tipped to get the same powerful Snapdragon 8 Gen 1 chip as the Galaxy S22 models, an included S Pen, a seriously awesome OLED display and an optional full-sized keyboard. In other words, this premium tablet could seriously replace a laptop for some users.

I never get excited about Android tablets, but the rumored Galaxy Tab S8 Ultra is an exception. Here’s why.

While the iPad Pro maxes out at 12.9 inches, the Galaxy Tab S8 Ultra is tipped to feature a ginormous 14.6-inch AMOLED display. So that’s even bigger than the panel on the 14-inch MacBook Pro. 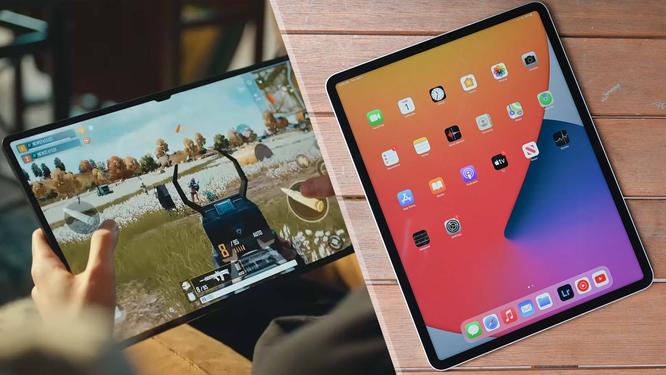 The quality should be stellar, too, as the Tab S8 Ultra’s screen is expected to used AMOLED technology while offering a 120Hz refresh rate. The resolution of 2960 x 1848 is a bit behind the iPad Pro (2732 x 2048) but that should still be plenty sharp for running multiple apps at once.

I'm not a fan of the rumored notch on the top of the Galaxy Tab S8 Ultra display, but it doesn't like it will be too big of an eyesore.

Apple charges $129 for the Apple Pencil (2nd gen) but the Galaxy Tab S8 Ultra is supposed to include the S Pen. Another plus? The S Pen is tipped to offer a super low latency of just 2.8 milliseconds, which should translate into smooth writing and drawing performance on the tablet.

It weighs how much?

If the leaks are accurate, the Galaxy Tab S8 Ultra could weigh just 1.4 pounds. That would be remarkably light for a 14.6-inch slate. By comparison, the iPad Pro 12.9-inch weighs 1.51 pounds. What we don’t know is how much the Galaxy Tab S8 Ultra weighs when the rumored optional keyboard is attached, but I would be surprised if it was over 3 pounds.

The Galaxy Tab S8 Ultra is also rumored to be just 0.2 inches thick, compared to 0.25 inches for the iPad Pro.

The iPad Pro doesn’t claim to offer fast charging, and its 20W charger isn’t very fast. The Galaxy Tab S8 Ultra is rumored to support a 45W fast charger to charge its alleged 11,200 mAh battery. We don’t know how quick this will juice up the tablet, but it sounds like an improvement over Apple’s slate.

Made for video calls

The Galaxy Tab S8 Ultra will allegedly feature dual 12MP cameras up front — regular and ultra-wide — compared to one 12MP shooter for the iPad Pro. This would presumably enable you to fit more of the scene in the frame if you’re holding a video conference with multiple people with you. However, we don’t know if Samsung will offer a Center Stage-like feature that seems to follow you around as you move.

The rear of the Galaxy Tab S8 Ultra is rumored to sport a 13MP wide camera and 6MP ultra-wide camera.

We won’t know all the specs and features of the Galaxy Tab S8 Ultra until Samsung Unpacked gets underway on February 9 — and there’s also the big question about what Samsung is doing to optimize Android for what could be a very, very big screen.

But at least based on what I’m hearing, the Galaxy Tab S8 Ultra could be a more viable laptop replacement than the iPad Pro. Stay tuned to see which rumors pan out and how this tablet stacks up to Apple’s.

Mark Spoonauer is the global editor in chief of Tom's Guide and has covered technology for nearly 20 years. In addition to overseeing the direction of Tom's Guide, Mark specializes in covering all things mobile, having reviewed dozens of smartphones and other gadgets. He has spoken at key industry events and appears regularly on TV to discuss the latest trends. Mark was previously editor in chief of Laptop Mag, and his work has appeared in Wired, Popular Science and Inc. Follow him on Twitter at @mspoonauer.