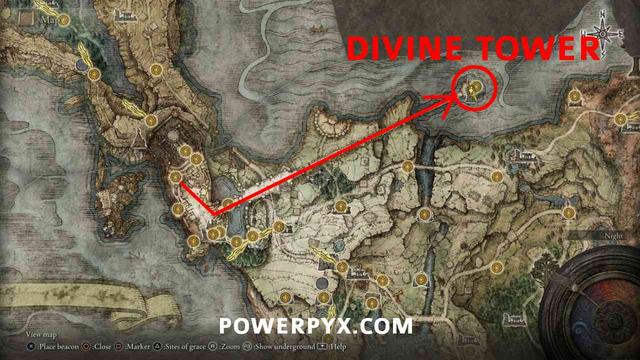 Elden Ring: How to use Great Runes and Divine Tower locations

Trying to find and use Great Runes in Elden Ring? The powerful Great Runes provide huge buffs for some of Elden Ring’s toughest fights, but acquiring and activating a Great Rune isn’t as simple as just defeating a boss. Many players have expressed confusion over how Great Runes work and whether Great Runes are always active. If you’re one of them, you’ll find all your answers here. We’re going to show you how to activate and use Great Runes, and walk through the effects and Divine Tower locations for each of them.

How to activate and use Great Runes with Rune Arcs

When you acquire a Great Rune from a boss, it will appear in the Key Items tab of your inventory, uncharged and grey. The item description will list a Divine Tower location, which we’ll detail later. Visit the top of that tower and interact with the Rune there to charge that Great Rune. You will now be able to equip that Great Rune at any site of Grace. Your currently equipped Rune will appear to the left of your HP, FP, and Stamina bars in the top left of your screen.

However, an equipped Great Rune IS NOT always active. This is where most players get tripped up. Your equipped Great Rune has no effect until you consume a Rune Arc, which will activate the Great Rune and grant its buffs. Those buffs will remain active until death, after which you’ll need to use another Rune Arc to reactivate it. This makes Rune Arcs a very precious and limited resource. You will want to save a decent number for the game’s toughest bosses, then use them to gain an advantage in those fights.

Of course, before you can use any Great Runes you will need to find them and visit their towers. We'll walk through each Great Rune and its associated Divine Tower location next.

The first Great Rune you’re likely to encounter is Godrick’s, and it happens to be one of the best. The lord of Stormveil’s Rune raises all attributes, giving you small boosts to health, FP, stamina, and damage. Weapons that scale off of multiple stats will gain a sizeable damage boost from Godrick’s Great Rune. You can charge it at the Divine Tower of Limgrave using our step by step guide. 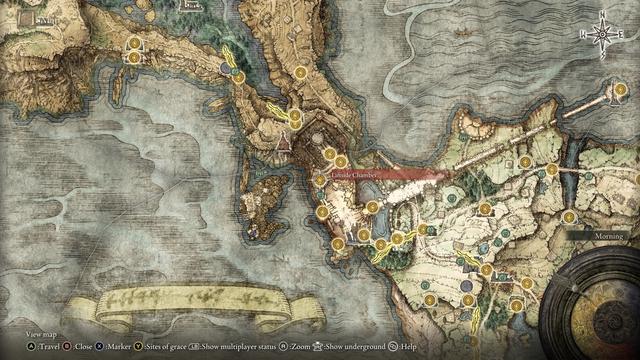 You can technically run off to fight Starscourge Radahn right at the start of the game, but most players will probably take this challenge on much later. Still, he’s worth defeating before the final act of the game to progress several questlines, including Ranni’s and Fia’s. Plus, he has an excellent Great Rune, which raises your HP, FP, and Stamina. You can activate it at the Divine Tower of Caelid, found in the northeast of the region. Climb across the great tree roots on the cliffs nearby and jump down onto the outer ledges of the tower, then use the series of ladders to reach the top and clamber inside.

Rykard is another second-act boss, whose Remembrance grants one of the best weapons in the game. His Great Rune is not half bad either, restoring a small amount of HP when you defeat an enemy. Unlike most Great Runes, Rykard’s is largely useless in a boss fight. However, it can be nice for clearing particularly long side dungeons where health flask charges become precious.

You can activate Rykard’s Great Rune at the Divine Tower of West Altus, off the coast of the Plateau. To reach the tower, head through the Sealed Tunnel dungeon on the south end of the Leyndell moat, just outside the inner wall. Defeat the boss and exit through the back of the arena to reach the foot of the tower.

You will eventually meet Morgott along the game’s main path, and defeat him to unlock the Mountaintops of the Giants area. His Great Rune greatly increases your HP, making it the best Rune for pure survivability. It is also convenient to activate, as the Divine Tower of East Altus sits on an offshoot of the path to the Mountaintops. However, on the bridge to the tower, you will be ambushed by a duo of Omen bosses. Be sure to ride the elevator the bridge splits from first, and grab the Forbidden Lands site of Grace at the bottom.

Mohg’s Great Rune is easy to activate using the same tower as his Omen brother, Morgott. However, acquiring it can be a little confusing. There are two versions of Mohg that exist as separate boss fights; Mohg The Omen, and Mohg, Lord of Blood. The Great Rune is a reward from the Lord of Blood fight, found in Moghwyn’s Palace.

Mohg’s Great Rune grants your spirit ash summons a “blessing of blood,” restoring some of your health when they kill an enemy. Frankly, the use cases for this Great Rune are pretty limited. While there are plenty of non-boss areas where spirit ash summons are available, healing is unlikely to be your biggest problem with these encounters.

Malenia’s Great Rune is the toughest to acquire, partly because the Haligtree is an extremely late-game area, and partly because Malenia is considered by many to be the hardest boss in Elden ring. Her Great Rune is well worth it though, granting a small amount of healing when you hit enemies shortly after they hit you. When you take a hit with Malenia’s Great Rune active, you will see a lighter red section appear on your health bar. For the next five seconds, any hits you dole out will restore a bit of health, up to the end of that light-red section. This synergizes well with any build that likes to get quick counter combos in after taking a hit.

Of course, Malenia’s Isolated Divine Tower is also fittingly complicated to reach. Explaining this also requires major spoilers for the very end of the game, so consider yourself warned. If you defeat Malenia before Malekith, you can head to the southwest of Leyndell from the Fortified Manor Grace. Take the lift up to the Divine Bridge Grace, then use the sending gate on the left side of the balcony to teleport to the Isolated Divine Tower.

If you have defeated Malekith and razed Leyndell, the lift will be buried in ash and the Divine Bridge Grace will be reset. The only way to get back to the Grace and the sending gate is via a teleportation trap chest, all the way down on the Weeping Peninsula. Visit the Tower of Return to the west of Castle Morne, climb to the top, and open the chest to teleport to the Divine Bridge Grace.

First, you’ll need to acquire the Fingerslayer Blade and turn it into Ranni during the first half of her questline. The witch will reward you with the Carian Inverted Statue. Place the statue on the pedestal in front of the Carian Study Hall Grace to flip the Study Hall tower. Navigate through the Study Hall to the now properly-oriented central lift and ascend to the top. Exit through the upside-down door, and you will find yourself on the bridge to the Divine Tower of Liurnia.

That’s every Great Rune and Divine Tower in Elden Ring! The tower activations and Rune Arc system make these look a bit complicated, but the power gained is well worth the effort. If you’re struggling for damage against these bosses, check out our list of the best weapons in Elden Ring to see if there’s a better option. We’ve also got a list of the best talismans and where to find them to help round out your character.