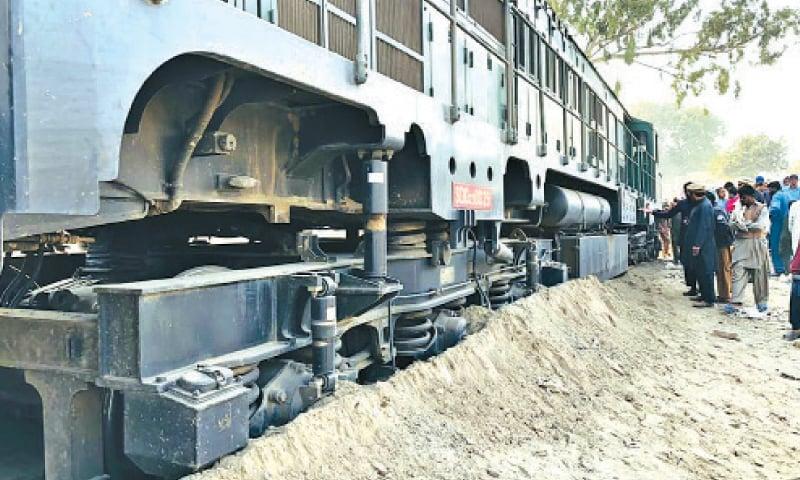 LAHORE: The Karachi-bound 2-Down Khyber Mail escaped disaster on Thursday after it was automatically diverted to the sand-hump ending line as the driver failed to apply brakes in time to stop at the Mian Channu railway station.

The train driver admitted his fault of not applying brakes in time (1,200 metres from the assigned platform of the railway station) due to feeling of chest pain while entering the station’s jurisdiction.

“We have suspended the driver and his assistant and asked them to report to their respective division to face an inquiry that will be conducted by a team of three senior officials on Friday (today),” Mr Memon told Dawn.

Reports said the train departed from Lahore at 8:15am. When it reached near Sahiwal, driver Muhammad Hanif received a call from home about the sudden death of his mother-in-law. On receiving the information, the driver gave a message to the control room to relieve him on the way and arrange a new driver to take the train to the station (Multan) where a new driver was to replace him for further travel. 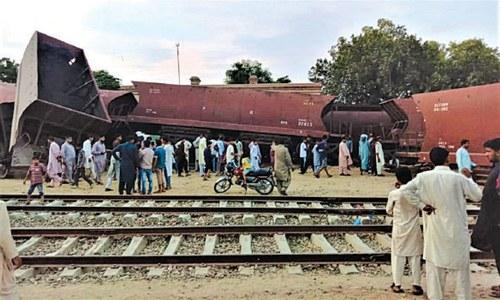 Upon receiving the information from Hanif, the officials conveyed to the Khanewal station admin to arrange a driver and sent him towards up-track so that he could catch Khyber Mail on the way, relieve the previous driver and take the train to Multan.

“I reached Chichawanti station through Business Express train and took charge from the driver of the Khyber Mail that also reached there in the meantime. After relieving him from the duty, I started journey. But as soon as I entered the starting point (yard / outer signals) of the station, I started feeling pain in my chest,” driver Zubair told Dawn.

He said he immediately kept a tablet under his tongue and, in the meantime, crossed the point from where he was supposed to apply the brakes. “When alerted at the speed of about 100km per hour, I applied emergency brakes (from a distance of 300 meters from the platform on the main line). Thus the train was automatically diverted to the sand-hump line by the signalling system. And the locomotive and the brake van shoved into the sand dune and stopped eventually,” he explained.

Zubair said his assistant Danish had told him to apply the brakes from the designated point but he couldn’t hear him due to chest pain. “But when we were about 300 meters away from the station at a speed of about 100km / hour, he (the assistant) himself applied brakes besides alerting me again. I also applied emergency brakes,” he said.

According to an official source, the rail traffic at the down track remained disrupted for some time. “Moreover, Khyber Mail train’s departure from Mian Channu also delayed for two and a half hours,” the official said, adding that a relief train was also dispatched to the site to take the locomotive and the brake van out of the sand dune.

“It took more than four hours to take the affected engine and the van out of the sand dune. The survey for assessing damage is being done at present,” he said.