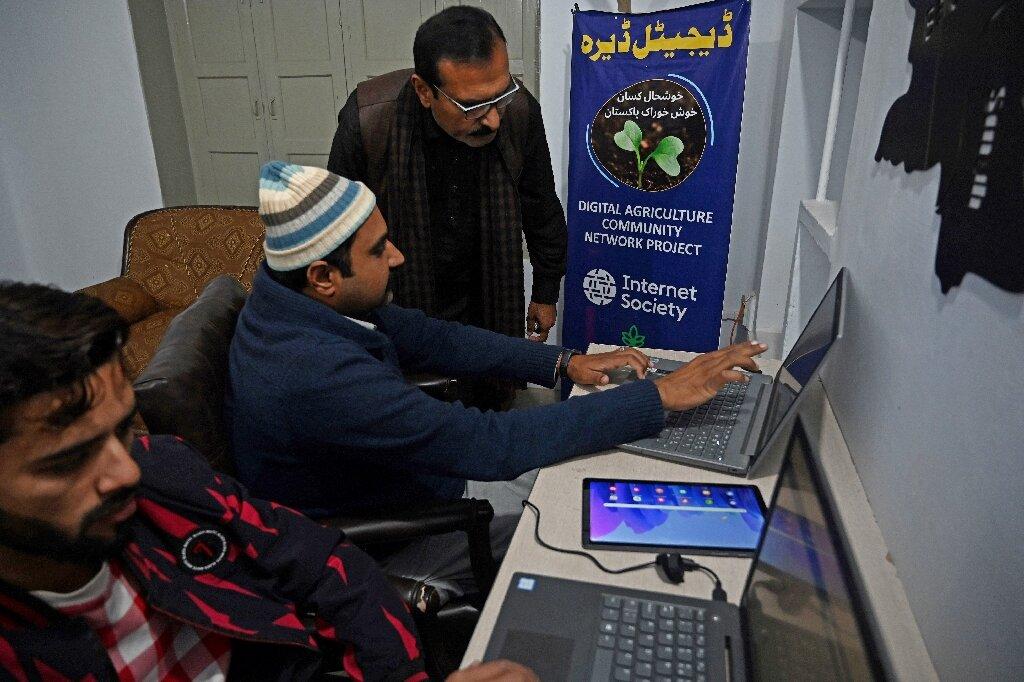 Agriculture entrepreneurs are bringing the digital age to Pakistan's farmers, helping them plan crops better and distribute their produce when the time is right.

Until recently, "the most modern machine we had was the tractor", Aamer Hayat Bhandara, a farmer and local councillor behind one such project told AFP in "Chak 26", a village in the agricultural heartland of Punjab province.

Even making mobile phone calls can be difficult in many parts of Pakistan, but since October, farmers in Chak 26 and pilot projects elsewhere have been given free access to the internet—and it is revolutionising the way they work.

Agriculture is the mainstay of Pakistan's economy, accounting for nearly 20 percent of gross domestic product and around 40 percent of the workforce.

It is estimated to be the world's fifth-largest producer of sugarcane, seventh-largest of wheat and tenth-biggest rice grower—but it mostly relies on human labour and lags other big farming nations on mechanisation.

Cows and donkeys rest near a muddy road leading to a pavilion in Chak 26, which is connected to a network via a small satellite dish.

This is the "Digital Dera"—or meeting place—and six local farmers have come to see the computers and tablets that provide accurate weather forecasts, as well as the latest market prices and farming tips.

"Before, we relied on the experience of our ancestors or our own, but it wasn't very accurate," added Amjad Nasir, another farmer, who hopes the project "will bring more prosperity".

A short drive away, on the wall of a shed, a modern electronic switch system is linked to an old water pump.

A tablet is now all he needs to control the irrigation on part of the 100 hectares (250 acres) he cultivates—although it is still subject to the vagaries of Pakistan's intermittent power supply.

This year, Bhandara hopes, others will install the technology he says will reduce water consumption and labour. 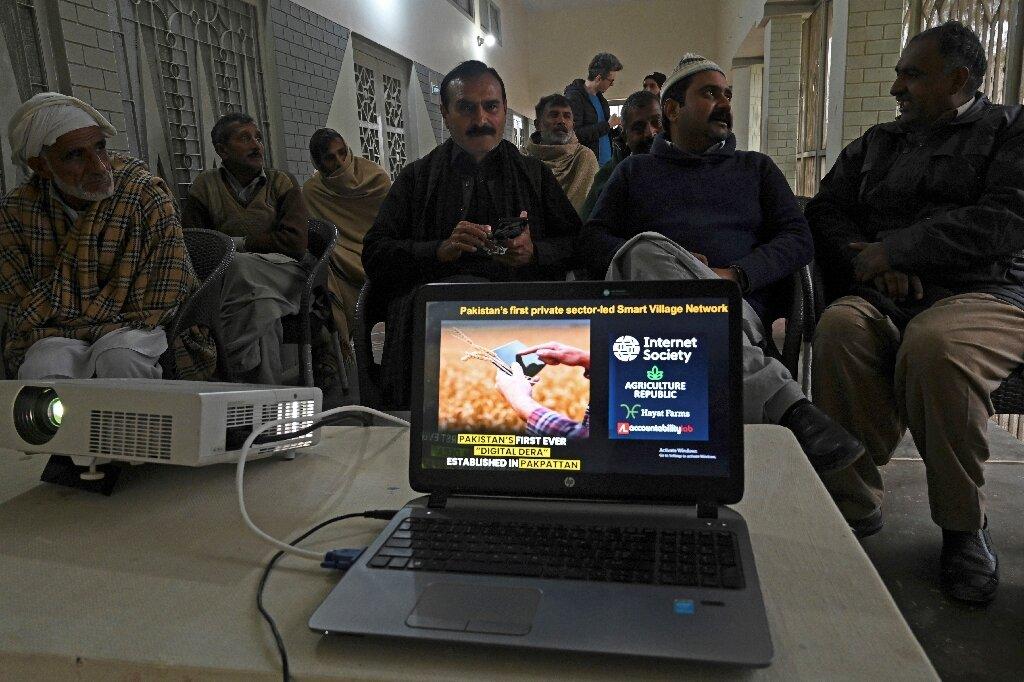 "Digitising agriculture... and the rural population is the only way to prosper," he told AFP.

At the other end of the supply chain, around 150 kilometres (90 miles) away in Lahore, dozens of men load fruit and vegetables onto delivery bikes at a warehouse belonging to the start-up Tazah, which acts as an intermediary between farmers and traders.

After just four months in operation, the company delivers about 100 tonnes of produce every day to merchants in Lahore and Karachi who place orders via a mobile app.

"Before, the merchant had to get up at 5 am or 5:30 am to buy the products in bulk, at the day's price, and then hassle with transporting them," said Inam Ulhaq, regional manager.

"Tazah brings some order to the madness."

In the Tazah office, several employees manage the orders, but for the time being, purchases are still made by phone, as the part of the application intended for farmers is still in development.

The young company is also tackling a "centuries-old" system that stakeholders are reluctant to change, explains co-founder Abrar Bajwa.

In addition to Lahore, Tazah is already operating in the largest city, Karachi, and is preparing to move into the capital, Islamabad.

A $20 million fundraising campaign is underway, the co-founder told AFP, at a time when investments are pouring into Pakistani start-ups.

Further down the chain, Airlift—which provides grocery deliveries—raised $85 million in a record-breaking prospectus for the country in August.

"A lot of the markets that venture investors are looking for, like India or Indonesia, are saturated," said Bajwa, a former director at Careem, the local ride-hailing app acquired by Uber in 2020.

Now Pakistan, the world's fifth-most populous country, is attracting attention and agriculture is a sector that is "completely untapped from a technological point of view", he said.

It is "certainly the one where we can have the biggest impact" here, he noted.

Citation: Start ups bringing Pakistan's farming into digital age (2022, January 30) retrieved9 March 2022 from https://phys.org/news/2022-01-ups-pakistan-farming-digital-age.htmlThis document is subject to copyright. Apart from any fair dealing for the purpose of private study or research, nopart may be reproduced without the written permission. The content is provided for information purposes only.
Prev
Next