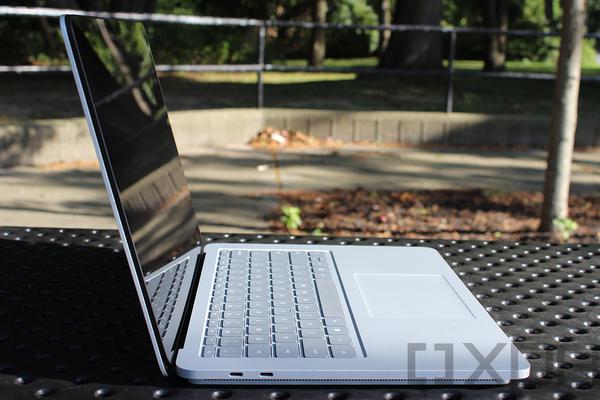 Surface Laptop 5: Release date, price, and everything we expect

It’s a valid question because the Surface Laptop 5 is likely the next Surface launch in line. The Surface Pro and Go families were refreshed in October, and we got a brand-new line, the Surface Laptop Studio, at the same time. Only the regular Surface Laptop hasn’t been upgraded in over half a year. Suffice it to say, there’s a lot of potential for it to evolve because of that.

What’s the release date for the Surface Laptop 5?

Microsoft has yet to announce the Surface Laptop 5 in any way, so there’s nothing pointing to a specific release date just yet. However, the Surface Laptop series has been one of Microsoft’s most consistent, with releases every year or so. Sometimes it takes up to a year and a half. As such, we could either be looking at a Surface Laptop 5 next spring, or we may have to wait until we’re closer to the fall. Either way, we are almost certain to get a new Surface Laptop at some point in 2022.

What to expect from the Surface Laptop 5

While Microsoft has yet to say anything about the Surface Laptop 5, and we’re expecting it will be a few months away, there’s already been one leak that seemingly revealed everything about the laptop. Nothing has been confirmed for now, but a lot of what’s in this leak also aligns with what we’d already expect Microsoft to do, so it could very well turn out to be true. Here’s what we’re expecting:

The first thing we can expect from the Surface Laptop 5 is a refresh of its internals. The Surface Laptop 4 is powered by Intel’s 11th-generation Core processors or custom AMD Ryzen 4000-series chipsets, and there are newer models from both AMD and Intel. Looking back at the past couple of generations, Microsoft has typically used older AMD processors compared to the Intel models, but the recent leak suggests Microsoft will be using the latest hardware from both chipmakers in the Surface Laptop 5. 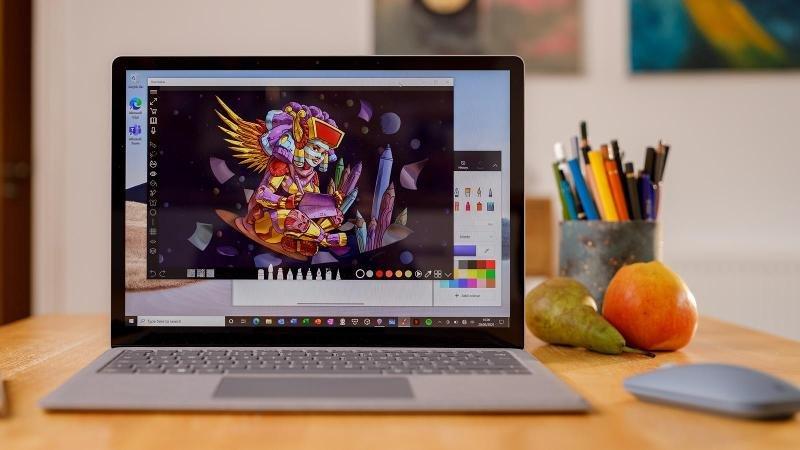 Intel will still have the advantage, though, because Microsoft will be using the new P-series processors, which have a higher 28W TDP, compared to AMD’s 15W U-series models. If this turn out to be true, you can expect the Intel models to once again offer better performance overall, but you should get better battery life from the AMD versions.

One thing the Surface Pro 8 and Surface Laptop Studio have is a PixelSense Flow display with a 120Hz refresh rate, which is certainly something we’d love to see the Surface Laptop 5 copy. The recent leak seems to corroborate our hopes here, with a 120Hz display listed on the spec sheet. High refresh rate displays have typically been reserved for gaming laptops, but with Microsoft bringing it to its premium tablet, it’s only natural to expect it in the next Surface Laptop, too.

We could also see support for haptic feedback in the Surface Slim Pen 2, which the two aforementioned devices also have.However, this is something that’s not mentioned anywhere in the rumors we’ve seen.

This one is tricky because one of the reasons that was often brought up for why Microsoft didn’t add Thunderbolt support to Surface devices was to maintain parity between Intel and AMD variants. Now, the company has added to the Surface Pro 8 and Laptop Studio, but Thunderbolt is Intel proprietary technology, so bringing it to non-Intel PCs is more complicated. Thankfully, with the appearance of USB4, Thunderbolt certification isn’t required to get the same capabilities.

According to what we’ve heard, Microsoft is indeed bringing Thunderbolt 4 support to the Intel versions of the Surface Laptop 5, so you’ll finally be able to use Thunderbolt docks, displays, and external GPUs. And while AMD models won’t support Thunderbolt 4, they will have USB4 support. USB4 is based on Thunderbolt 3, and it can have the same capabilities as Thunderbolt 4. The big difference here is that some of those capabilities are optional in USB4, but if Microsoft really wants to maintain parity between the two models, it’s certainly doable.

Again, this hasn’t been confirmed, but it would be great to see, and it makes sense. AMD Ryzen 6000 processors are expected to be the first ones to support USB4, so it all lines up.

While it took years (and some very unusual circumstances) for most companies to see any value in webcams, Microsoft has long been offering great webcams in most of its Surface devices. The Surface Pro line has supported 1080p video for years, including a 5MP sensor for the webcam, and even the Surface Go has one.

Microsoft hasn’t really brought a huge external redesign to the Surface Laptop series since its introduction, outside of adding a 15-inch model with the Surface Laptop 3 and making the keyboard cover removable. While it’s fair to expect a minimal amount of changes considering it’s just a traditional laptop, we could be looking at some tweaks to the design. Specifically, with the Surface Pro 8 and Laptop Studio promoting the Surface Slim Pen 2 as the primary pen option, it’s possible that Microsoft will try to make the Surface Laptop 5 more friendly to this new pen, too.

How much will the Surface Laptop 5 cost?

Depending on how many of the improvements mentioned above make it to the final product, the price of the Surface Laptop 5 could vary somewhat. The current Surface Laptop 4 already starts at $999, so one could argue Microsoft can’t afford to push the entry barrier much higher. But with a high refresh rate display and Thunderbolt support, it’s certainly possible we’d see that price increase at least to some extent with the Surface Laptop 5. Of course, we won’t know for sure until Microsoft announces it, and that’s not happening so soon.

And that’s about all we can say about the Surface Laptop 5 right now. Even though it’s the next Surface device due for a refresh, it’s still a few months away, and it’s early to know anything about it at this point. There haven’t been any rumors or reports regarding the device, either. If you need a new laptop in the meantime and can’t afford to wait, check out our list of the best 15-inch laptops you can buy today. There are plenty of great options from other brands, as well as Surface.