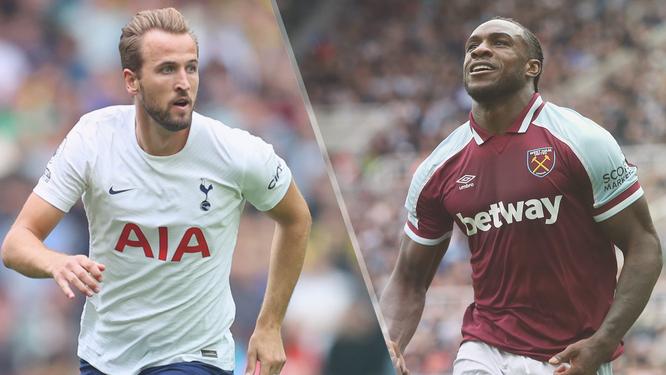 The Tottenham vs West Ham live stream on Sunday is the final Premier League game before the upcoming international break, and there's a lot riding on it.

This London derby will likely play a crucial role in deciding who plays European football next season. Indeed, both Tottenham and West Ham have a chance to finish in the top four and qualify for the Champions League with a win. They go into the game with a total of 48 points each. West Ham are a place ahead in the league table thanks to goal difference, but Spurs have played one game less.

The Hammers are still basking in the glow of a stunning Europa League win over Sevilla. The Spanish side have practically owned the competition in recent years given the number of times they've won it. However, an emotional goal in extra time from Ukrainian forward Andriy Yarmolenko saw them knocked out 2-1 on aggregate.

Tottenham, meanwhile, had a much easier midweek fixture. They beat Brighton fairly comfortably 0-2 on Wednesday thanks to goals from Cristian Romero and Harry Kane. They did, though, miss big opportunities to score more, and doing so against West Ham will likely prove costly. The extra 24 hours recovery, plus the fact they played 30-minutes less football, could be a crucial factor in favour of Spurs, particularly if they start the game at a good tempo.

West Ham always get up for a visit to north London though, knowing it means a lot to their fans. Indeed, they were the first away team to ever win at the new Tottenham Hotspur Stadium. West Ham also won the reverse league fixture 1-0 earlier in the season, but then lost to Spurs in the Carabao Cup.

Spurs defender Japhet Tangaga has been ruled out for the rest of the season following knee surgery and midfielder Oliver Skipp continues to recover from issues related to his groin injury and will miss the Tottenham vs West Ham live stream.

Jarrod Bowen has been in sparkling form recently, but is also not available for the game through injury and is a big miss for West Ham. For many others, the ability to recover after their tough, extended, match on Thursday will be crucial.

Can Antonio Conte’s team break their cycle of winning one match and losing the next? Can David Moyes’s men ride the wave of their midweek success and get one over their London rivals? Find out by watching the Tottenham vs West Ham live stream, and we will show you how to do so below.

Plus, make sure you don’t miss a game this season with our how to watch Premier League 21/22 hub — and if you want more live sport this weekend then check out our guide to the France vs England, Ireland vs Scotland and Wales vs Italy live streams in the Six Nations, and find out where to watch the 2022 F1 Bahrain Grand Prix live stream.

The Tottenham vs West Ham live stream will be shown on many different channels across the world, but what if you're not in your home country and want to watch it on your usual service?

The answer is to use a VPN, or virtual private network. A VPN will let you tune into your home coverage from wherever you are — meaning that if you're abroad, you can use one of the best VPN services to watch the games live as if you were in your lounge.

Our favorite right now is ExpressVPN, thanks to its combination of superb speed, great customer service and excellent device support. It also offers a no-questions-asked 30-day money-back guarantee, so you could check it out without having to sign up long term.

Speed, security and simplicity combine to makeExpressVPNour favorite VPN service. In our testing, we were impressed by its fast connection times and by its ability to access more than 3,000 services in 160 locations across 94 countries. A 30-day money-back guarantee is another bonus. 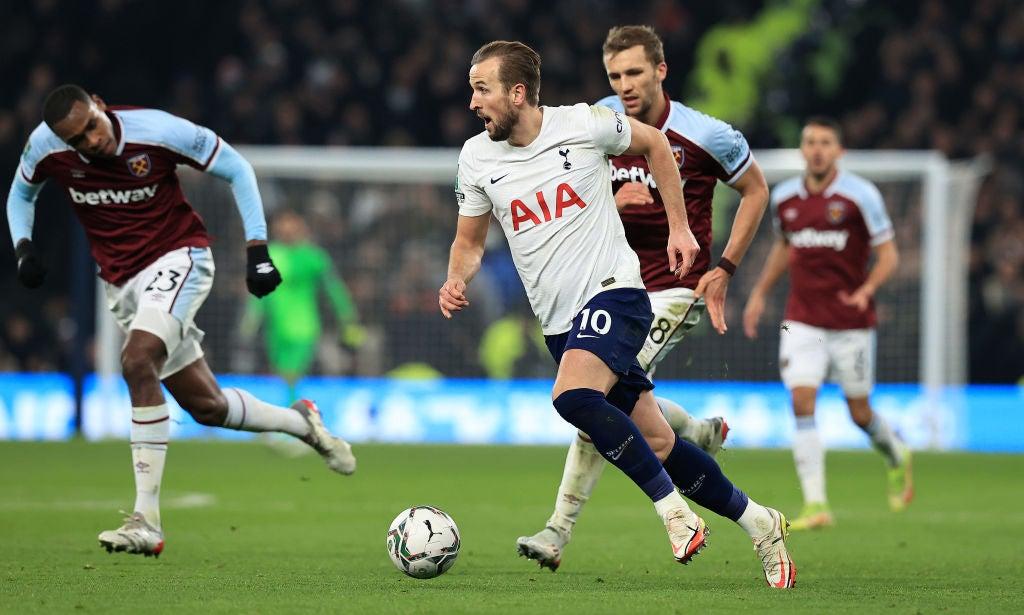 1. Install the VPN of your choice. As we've said, ExpressVPN is our favorite.

2. Choose the location you wish to connect to in the VPN app. For instance if you're in the U.K. and want to view a U.S. service, you'd select U.S. from the list.

3. Sit back and enjoy the action. Head to Peacock or another service and watch the game.

Exclusive Tom's Guide Discount: Save 49% on the 12-month ExpressVPN plan

Soccer fans in the U.S. can watch the Tottenham vs West Ham live stream on USA and on the NBC website with a valid login. USA can be accessed through a cable TV package.

If you've cut the cord and don't have cable, you have plenty of options, too. Our pick of these would be Sling TV: the Sling Blue package costs just $35 per month and comes with more than 30 channels including NBC. Plus, right now Sling is offering a 3-day free trial.

Fubo.TV is another option for live TV. Their Starter Plan costs $65 per month but gives you more than 117 channels, including USA, plus lots more for sports fans to enjoy.

If you already use those services but aren't in the U.S. right now, you can watch the Tottenham vs West Ham live stream by using a VPN such as ExpressVPN.

Sling TVoffers two packages, both of which cost $35 a month. The Sling Blue plan comes with 30-plus channels, including NBCSN and USA. Sling is currently offering a 3-day free trial to new subscribers.

If you love sports, you might want to check out Fubo.TV. It's got a 7-day free trial so you don't need to pay up front and has dozens of sports channels, including NBCSN and USA.

Canadians can watch the Tottenham vs West Ham live stream on DAZN.

Sadly, DAZN no longer offers new customers a 30-day free-trial period, so you'll have to pay the $20 CAD per month fee, although you can save a little by buying annually ($150 CAD). DAZN, if you're unfamiliar, has apps on every single streaming platform there is.

Canadians stuck abroad that still want their low-price alternative can use a VPN such as ExpressVPN to trick their streaming device into thinking it's back in the great white north.

Sky Sports has the Tottenham vs West Ham live stream in the U.K., so if you already have a Sky subscription that doesn't include Sports, you'll need to pay £25/month to add those channels.

Whichever package you go for, you'll also gain access to coverage in 4K and HDR, so long as you also have an HDR-ready Sky Q box and HLG-compatible TV.

If you don't want to shell out for a full Sky sub, you could also consider its Now Sports streaming service. This gives you 24-hour access for £9.99 or month-long access for £33.99 but once again, Sky is currently offering a great deal here: you can sign up for six months of access for just £25/month right now. Now Sports is available on virtually every streaming device out there and is a great option if you don't already have Sky.

All sounds great, right? But if you're not in the U.K., you can still follow the Tottenham vs West Ham live stream by using one of the best VPN services, such as ExpressVPN.

Aussies can watch the Tottenham vs West Ham live stream on Optus Sport, which has the rights to all 380 Premier League games this season. Optus can be accessed via a dedicated mobile or tablet app, and also on Chromecast and Apple TV — plus it costs a very reasonable $14.99 AUD per month. An Annual Pass is also available for $139 AUD/year, but a current offer knocks that back to a bargain $99 AUD.

Not in Australia right now? You can simply use a VPN to watch all the action on your Optus account, as if you were back home.

Kiwis can access the Tottenham vs West Ham live stream via Spark Sport, which costs $24.99 NZD per month. Bear in mind, though, that there's currently a seven-day free trial so you can check it out for the start of the season and see how you like it.

Spark is available via web browsers plus loads of streaming devices including Chromecast and Apple TV, so there's no shortage of ways to watch it.

Not at home in New Zealand right now? You can still follow every game by using one of the best VPN services, such as ExpressVPN.