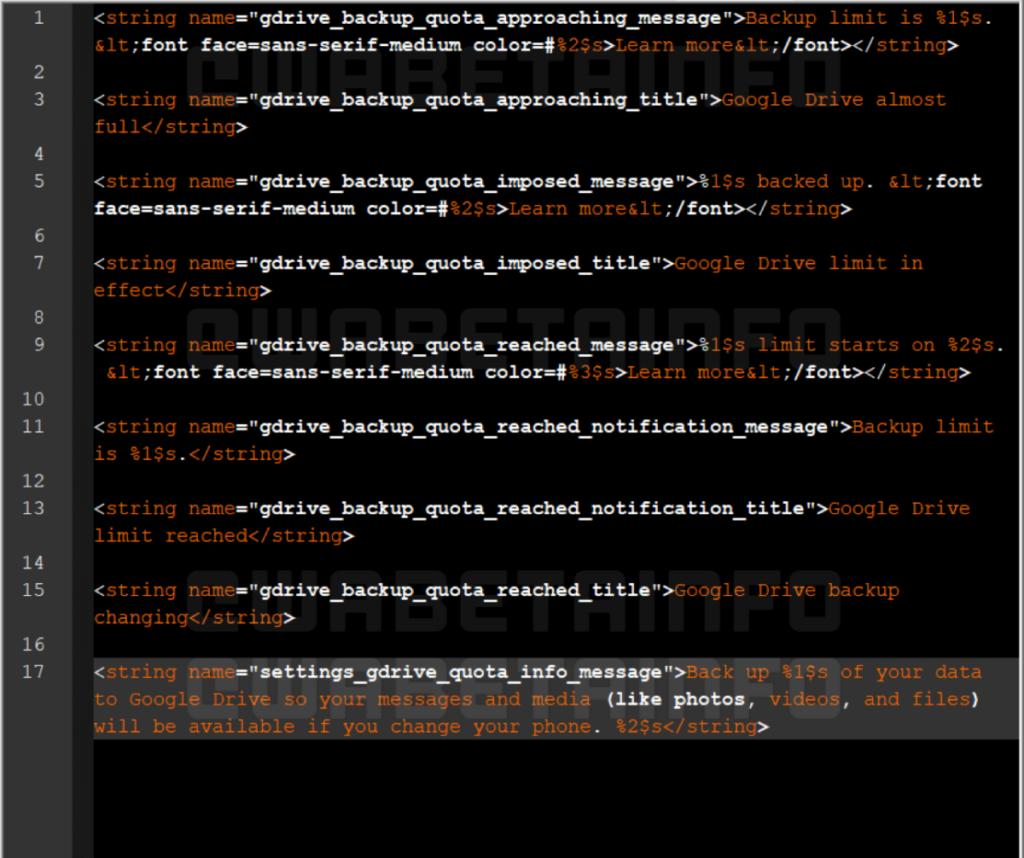 For context, a few months back, the folks over at WABetaInfo spotted an option to manage backup size in WhatsApp. That was a strange find, as backups don’t currently count against your total Google Drive storage space. Now, a new finding from WABetaInfo suggests that Google will be offering a limited amount of free storage WhatsApp backups. This would explain why a feature was added to limit WhatsApp backup sizes. For example, if the limit were to be set at 2GB and your backup was 4GB, then 2GB would be backed up for free, and 2GB would then count against your Google Drive storage.

It’s also possible that you may need to pay a subscription service either for backing up WhatsApp past that limit. There’s a lot that we don’t know right now, and all of this is speculation from strings that were discovered in the decompiled WhatsApp app. Until WhatsApp announces the change, this could even be in the process of being tested just in case something were to change in the future.

Last year, Google removed free photo backups from Google Photos, requiring users to shell out for more storage should they want to backup unlimited photos, be it in their compressed or original form. This could be similar to how WhatsApp backups work on iOS, as those backups count against iCloud storage. We’ll have to wait and see what Google does next, as it could be many months away before we learn more.