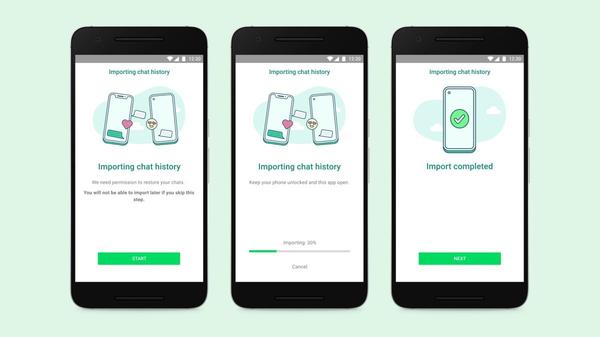 Samsung has been making waves with the release of its foldable Galaxy Z Fold 3 and Galaxy Z Flip 3 smartphones, and iPhone users looking to make the jump to Android will find they won't have to lose all their important messages on WhatsApp when making the switch.Samsung recently announced it will be the first to let smartphone users transfer their chat history from iOS to Android, and WhatsApp is now rolling out the new feature. Users will be able to transfer all their messages, including voice messages, photos and videos. 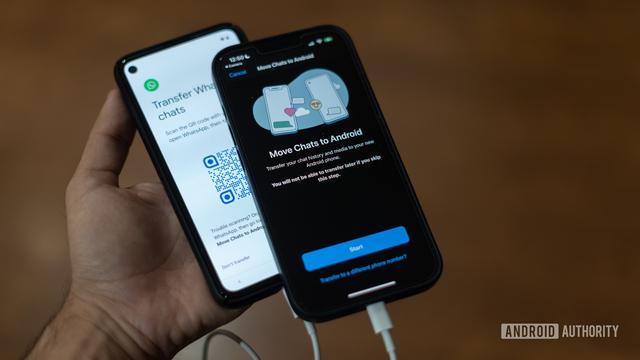 According to the blog, the feature will first be available on Samsung devices that run Android 10 or above, and will eventually be coming to more Android devices in the near future. This is likely to include Google's Pixel devices, OnePlus smartphones such as the recently released OnePlus Nord 2, Oppo smartphones, and more.

How to transfer WhatsApp chat history from iOS to Android

To transfer data, users will need a USB-C-to-Lightning cable to connect both devices, instead of transferring data via the internet. With the cable, transferred chats won't be automatically backed up on the WhatsApp cloud storage. Plus, WhatsApp makes it a point to state that it "can't see the data you transfer."Users will also need to update their WhatsApp apps on both iOS and Android to the latest versions and will need to use the same phone number they used on their iPhone. The feature mainly caters to those with a new Android smartphone, as the device must be factory new or reset to factory settings.The following method details how to transfer data from iPhone to Samsung phones, but a similar method is expected to apply when the transfer feature becomes available on more Android devices:

The new feature has been a long-time coming, but WhatsApp has also been developing more features to keep up with its competition. Recently, it announced its "View Once" function that lets you send photos and videos that disappear; something Telegram and Signal offer, too.With the iPhone 13 launch expected to be just over the horizon, Android users may be more inclined to switch allegiances. If you're tempted, check out our guide on how to move your data from an Android phone to an iPhone.

Darragh Murphy is fascinated by all things bizarre, which usually leads to assorted coverage varying from washing machines designed for AirPods to the mischievous world of cyberattacks. Whether it's connecting Scar from The Lion King to two-factor authentication or turning his love for gadgets into a fabricated rap battle from 8 Mile, he believes there’s always a quirky spin to be made. With a Master’s degree in Magazine Journalism from The University of Sheffield, along with short stints at Kerrang! and Exposed Magazine, Darragh started his career writing about the tech industry at Time Out Dubai and ShortList Dubai, covering everything from the latest iPhone models and Huawei laptops to massive Esports events in the Middle East. Now, he can be found proudly diving into gaming, gadgets, and letting readers know the joys of docking stations for Laptop Mag.