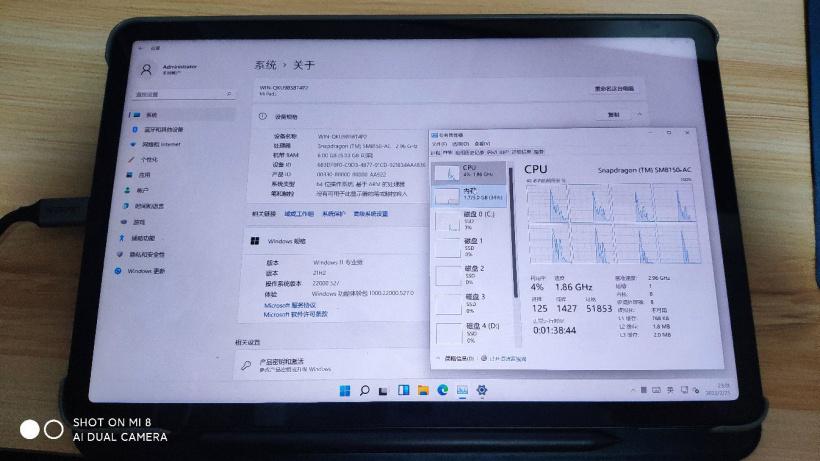 Xiaomi Pad 5 joins the list of Android devices that can run Windows 11 &olarr;

Despite its stringent requirements, Windows 11 is surprisingly versatile. It has been spotted running a multitude of devices, including the Pixel 6 and Microsoft's own Surface Duo. A Chinese developer (via ITHome) has now successfully booted the operating system on the Xiaomi Pad 5. 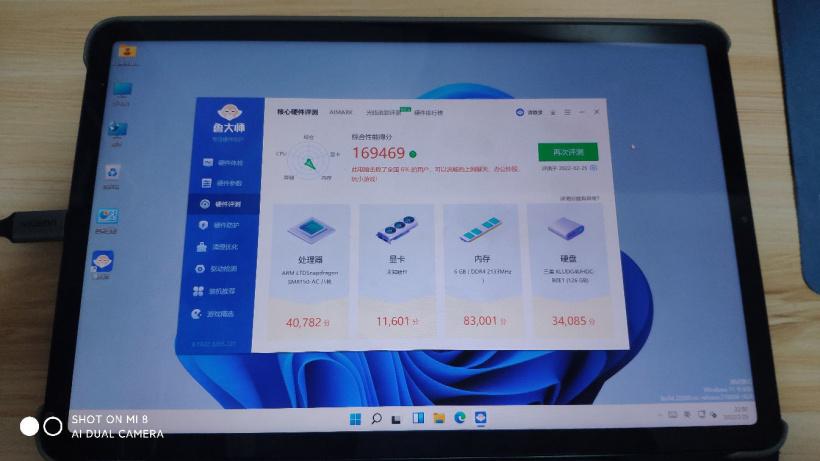 Leaked screenshots showcase a (mostly) functional Windows 11 desktop running on the Xiaomi Pad 5, complete with the Start menu. Commonly used apps seem to be working perfectly fine; however, the GPU functionality is impaired due to a lack of drivers. That, and several other reasons, resulted in sub-par performance. In Geekbench, the Xiaomi Pad 5 managed to net a single and multi-core score of 65 and 1,992, significantly lower than the Snapdragon 860's average scores of 756 and 2,712. The developer also ran the Master Lu benchmark on the Xiaomi Pad 5, but it is hard to tell much performance was lost due to no baseline readings.

The Renegade Project also has an in-depth guide on installing Windows 11 on your smartphone. However, that method only works for a handful of devices powered by the Qualcomm Snapdragon 85, such as the OnePlus 6T. Refer to the attached image to find a matrix of supported devices and features. Do note that the matrix could be somewhat outdated, so make sure to check on the project's GitHub page for updates.