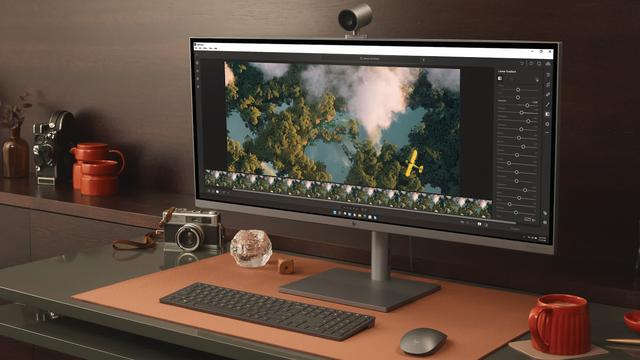 The new HP Envy 34 all-in-one features an RTX 3080 and 11th generation Intel i9 processor, starting from $1,999, and will release next month. While it's mostly been marketed on its productivity proficiency, we're most excited about seeing what an all-in-one rocking a sneaky RTX 3080 can do in this form factor.

The premiere configuration of the AIO PC comes with an Intel i9-11900 CPU, an RTX 3080 Max-Q graphics card, as well as 32GB DDR4 RAM, and a 512GB NVMe SSD which can be user upgraded. Other variants will be available, though a full specification list has yet to be revealed.

The display is very much the priority here (according to HP) utilizing a 5K HDR (5,120 x 2,160) 21:9 ultrawide IPS panel. However, that doesn't count out the HP Envy 34's potential gaming prowess, especially given its more-than-competitive starting price considering you can't currently build or buy an RTX 3080 PC for under $2,000. It may be a mobile version of the video card, which you mostly see in RTX 3080 laptops, but it's impressive that the Max-Q variant can hold its own against some of the full-size RTX cards in the 30-series line. 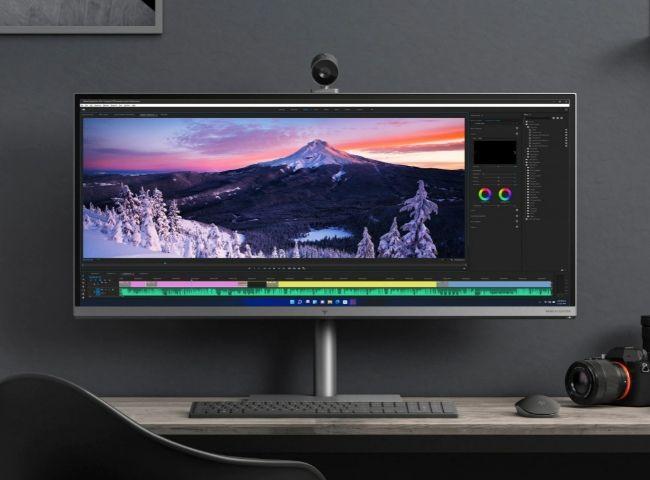 This fact is exacerbated further given that the current RTX 3080 price online starts from around $1,463 (at Newegg), and can jump as high as $2,003 (at Newegg), a far cry from its proposed $699 MSRP. These specs mean this machine could certainly rival some of the best 4K monitors for gaming and best gaming PCs for its price point.

The main focus of this computer is to provide a powerful setup in order to make the most of hardware-intensive productivity tasks, such as 3D rendering and video production. There's also a 16MP magnetically detachable webcam, to make streaming on websites such as YouTube and Twitch easier.

While essentially a mobile graphics card unit, you can still expect high-end performance from the RTX 3080 Max-Q's 8GB VRAM, making it comparable to the RTX 3070 Ti, which isn't much cheaper on its own when you can find it online.

The main drawback that you may encounter for gaming, however, is the 60Hz refresh rate of the HP Envy 34 AIO's in-built display. 4K60 should be achievable given the processing power and the efficiency of the graphics card inside, though you aren't going to be able to benefit from a high FPS in competitive titles from its in-built display.

However, given that the HP Envy 34 AIO will feature an HDMI port, you could easily hook it up to one of the best gaming monitors in order to achieve 4K120 (assuming it's an HDMI 2.1 port), though it's more likely that 2K (QHD) in higher refresh rates is going to be more comfortable for more demanding titles. The actual performance of the PC remains to be seen, but on paper, from a purely technical perspective, it certainly has a lot to offer the PC gaming crowd.

The HP Envy 34 AIO is scheduled to release in October. The PC has a listing page, though no exact date or a pre-order page has been confirmed yet.

Take your gaming experiences to the next level with the best gaming laptops that money can buy.