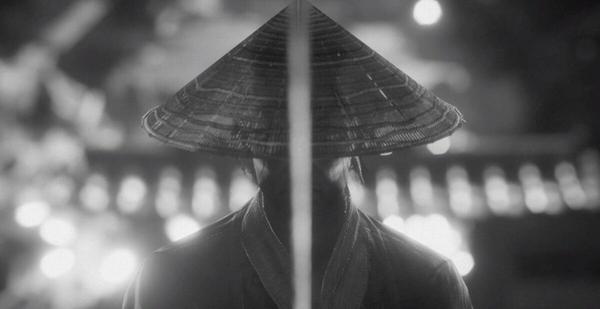 Trek To Yomi Is A Journey That Could Be Worth Taking

For a game called Trek To Yomi, you’d expect there to be plenty of death along the way, and the game certainly doesn’t disappoint in that regard. Yomi is the Japanese word for the land of the dead where, according to Shinto mythology, the dead go in the afterlife. As the lone samurai Hiroki, you’ve taken a vow to protect your hometown from legions of bandits and ne’er-do-wells, so naturally that means you’re sending plenty of bad guys on their own little trek to Yomi.

We had the chance to preview Trek To Yomi’s first two chapter ahead of its launch later this year on PC, PS4, PS5, Xbox One and Xbox Series X | S, and there’s certainly a fun and stylish tale of vengeance to be found here. However, its minimalist approach in different aspects of its design might not mesh well with everyone.

Trek To Yomi’s gameplay is perhaps its most interesting asset, as it opts for a model that blends 3D space and 2D planes. Players can wander around and explore levels in 3D, with fixed camera perspectives making the most of some excellent framing, but when the combat starts, it moves to a strictly 2D perspective. It’s a great approach, allowing the developers to create a world that feels real and lived in without sacrificing the combat’s simplicity and effectiveness. These 3D spaces also reward exploration, with alternate routes, collectibles and ways to bypass or neutralise enemies all waiting to be discovered. 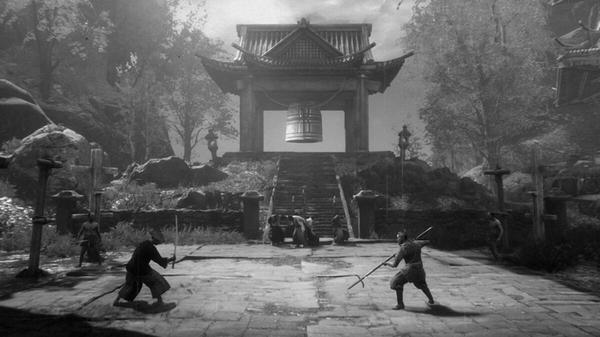 The combat itself is fairly standard, with light attacks, heavy attacks, dodges, blocking and parrying. There is a manual turn button for when you’re surrounded, but it doesn’t take long for that to become second nature. What’s perhaps less standard is how quickly death can come in Trek To Yomi, especially if you’re playing on the higher difficulties. The hard mode in particular felt like a strong challenge, but the normal mode struck the right balance between taxing and rewarding. Sure, you can die pretty quickly, but so do most of the enemies.

At first, you’re only given access to a few basic combos, but along the way, you unlock different inputs to create some varied attack strings. The issue is that, during play, the best strategy was to simply hold block until the enemy attack landed, then hit the basic light combo. This would often kill normal enemies outright while leaving you mostly protected. At that point, I was dying purely because I wanted to see what other attacks would do, only to be punished for it.

The visual style can also be a bit hit or miss. Trek To Yomi utilises a black and white, grainy filter in an effort to recreate the work of Akira Kurosawa, and it works to create some amazing framed shots, but interacting with the world can become tricky. Trying to find collectibles and upgrade items in the world can be a bit of a pain when everything is in black and white, the collectibles have no real distinguishing features, and the only indication you do get is a smudge on your HUD.

While the preview did showcase some issues that are hopefully addressed in the full game, it also revealed a game with a lot of heart and promise. If nothing else, I’m excited to play this game when it’s available on PS5 or Xbox Series X | S, just so I don’t have to play it on my potato of a laptop. Fingers crossed that Trek To Yomi will be worth the journey when it launches later this year.

Some of the coverage you find on Cultured Vultures contains affiliate links, which provide us with small commissions based on purchases made from visiting our site. We cover gaming news, movie reviews, wrestling and much more.