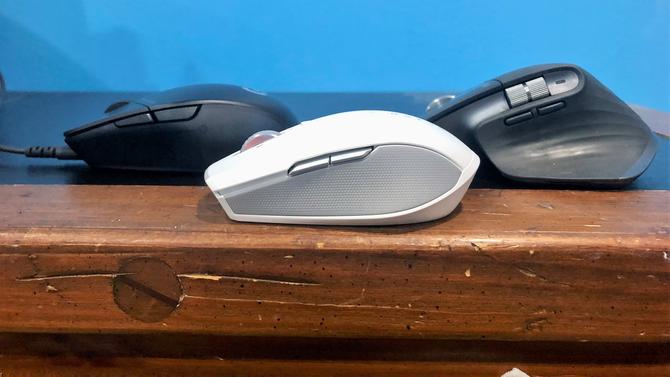 Many people think of the mouse as one of the most basic PC peripherals. Point, click, and that's it. But modern mice have come a long way, and if you're looking for a more advanced mouse, you may be confused by some of the marketing terminology.

Below, we'll give quick breakdowns of some of the most common terms you'll see when looking for a feature-packed mouse. If you're paying $50 (or even $150 or more) for a mouse, you should know exactly what you're getting.

Modern mice use optical sensors, which leverage LEDs, complementary metal oxide semiconductor (CMOS) image sensors (like in a camera), and a digital signal processor (DSP) to convert your arm movements into pointer movements. The DSP, as explained by How Stuff Works, "is able to detect patterns in the images and see how those patterns have moved since the previous image. Based on the change in patterns over a sequence of images, the DSP determines how far the mouse has moved and sends the corresponding coordinates to the computer." A bit less common are laser sensors, like the Logitech Darkfield sensor used in Logitech MX Master 3.

An optical or laser sensor also means you don't need a mousepad for the mouse to work well. Mice makers, like those behind the MX Master 3, sometimes brag about this as if it were an exclusive feature. But even a cheaper optical or laser mouse (this $20 Microsoft mouse we just pulled out of a dusty closet, for example) should work sans mousepad. 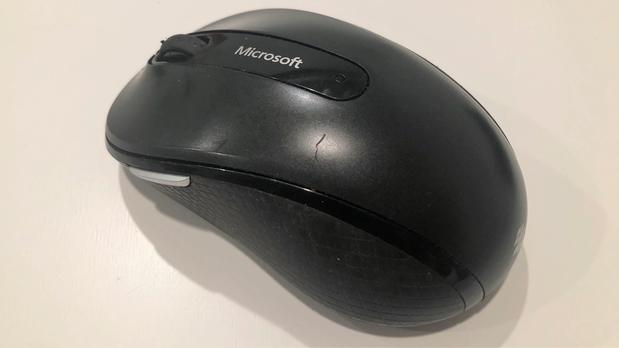 Just because you can use a mouse without a mousepad doesn't mean you'll actually want to. Skipping a mousepad can make movements feel and sound scratchy, especially if the mouse lacks feet on its underside to help it glide more smoothly. And working on some surfaces feels better than others.

Some brands, including Logitech and Razer, make their own sensors. PixArt, meanwhile, is the most common third-party brand for optical sensors.

But not all advanced mouse sensors are made equal. If you're going to invest money in a good PC mouse, it's a good idea to check out the sensor's performance specs.

Dots per inch (DPI) and counts per inch (CPI) are used interchangeably around the mouse world. What's the difference? Basically, DPI came from the print world and is taken from the display's perspective, while CPI comes from the mouse sensor's perspective. Either way, the acronyms are indicative of the mouse's sensitivity, or how many pixels your pointer will move when you physically move the mouse.

When using a mouse with a low DPI or PCI setting, the cursor will move very slowly across the screen. A mouse with a high CPI setting will move much more rapidly across the screen with the same movement. Without getting too technical, for every inch a mouse with 1,000 CPI moves, your cursor will (generally) move 1,000 pixels. (That's according to PC gaming peripherals maker SteelSeries.) Many high-end mice let you specify the mouse's CPI. Their software may let you use a slider or enter a specific number or numbers. Some mice also have a dedicated button, called a CPI or DPI switch, for toggling across saved CPI or DPI settings. And there are some gaming mice with a sniper button, or a button that instantly drops the mouse's CPI when held down, in order to home in on a target, like in a first-person shooter.

Low CPIs aren't just about headshots though. Some users may prefer a low CPI for precise movements for general gaming. A low CPI can also come in handy for creative work, like when you're trying to get the right color down to the last pixel.

A high CPI, on the other hand, can accommodate a large or high-resolution PC monitor. A high CPI also lets you zip across your favorite games or apps with minimal physical effort. Some mice can, with the help of their software, achieve CPI counts as high as 36,000, like the upcoming ROG Chakram X gaming mouse that Asus announced earlier this month. But that's an extreme spec.

You can find plenty of good mice for gaming or productivity with CPI ranges of about 200–3,000. Logitech's MX Master 3 is one of the most advanced productivity mice, and it's specced for 200–4,000 CPI. But for users who want their pointer to zip across the screen with just a brush of the mouse, there are options, too.