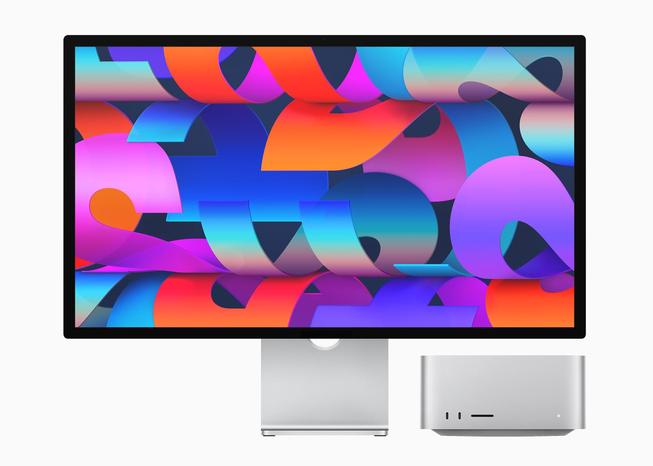 Ever since Apple introduced the new 14- and 16-inch MacBook Pro notebooks last October, I’ve been pining for a desktop equivalent — and now it’s here: the new Mac Studio. I’ve already placed my order.

Shaped like a pair of stacked Mac mini machines, the Mac Studio is the spiritual descendent of the much beloved/hated G4 Cube, only with actual specs and oomph to back it up. The Mac Studio starts at $1,999, the same price as the entry-level 14-inch MacBook Pro, but with far better specs (which is appropriate since you don’t get a screen, keyboard, or trackpad).

I edit a lot of video for my YouTube channel where I review cars, so a machine that can handle 4K (or 8K, eventually!) is a must. I need CPU and GPU power, as well as fast storage. The ability to hook up to a bunch of monitors would be nice, too. And boy, does the Mac Studio have me covered. I’m a pro, and this is a pro machine — and all I care about is performance.

I currently have a three-year-old 15-inch MacBook Pro, which is more than enough for writing and email and even (light) video editing, but it is getting a little long in the tooth. I’d been considering buying a new MacBook Pro to replace it entirely — that is, for both video editing and my written work — but since I do most of my video work at my desk, a desktop machine could also work.

Until now, my only options were a pricey Mac Pro (running older Intel-based hardware instead of the latest Apple Silicon) and the consumer-focused 24” iMac with Apple Silicon hardware, but not the latest pro-level gear inside the MacBook Pro.

But with the Mac Studio, I get a desktop machine with the pro-level components I’ve been dreaming of — and I get to keep using my existing screens, keyboard, and trackpad.

The base model Mac Studio has an Apple M1 Max processor. That’s a system-on-a-chip featuring a 10-core CPU, 24-core GPU and 16-core Neural Engine, plus 32GB of unified memory and 512GB of SSD storage, so this machine is off to a solid start on the inside. To get this in the 14-inch MacBook Pro, you’d need to spend $2,899. 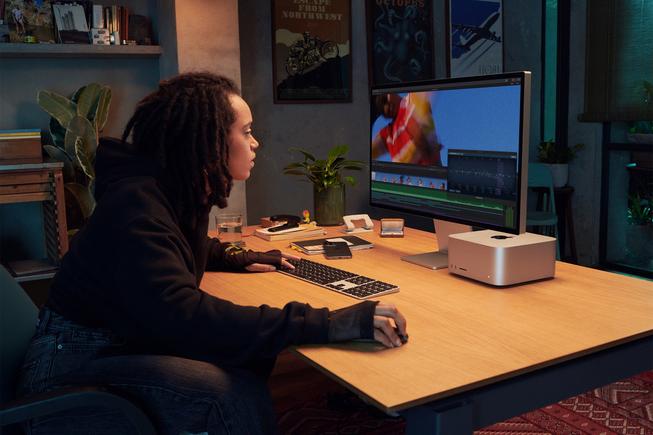 And if you really need to turn things up to 11, the M1 Ultra chip is literally two M1 Max chips joined together. I’m not sure why Apple decided Ultra was somehow better than Max, but maybe they don’t have dictionaries at Apple Park. Everything is doubled, from CPU and GPU to Neural Engines and the amount of total unified memory you can spec.

The M1 Max can be configured for 32GB to 64GB of unified memory, while the M1 Ultra can support 64GB to 128GB. Both machines offer up to 8TB of SSD storage and support for up to four 6K Apple Pro Display XDRs plus a 4K television, which I won’t be doing but it’s nice to know that I could.

SEE: 2022 tech conferences and events to add to your calendar (TechRepublic)

The port selection is pro-level, too. With four Thunderbolt 4 ports on the back, I can hook up both of my 4K monitors and a selection of fast storage devices, plus there are two USB-A ports, a HDMI port, a 10Gb Ethernet port, and a 3.5mm headphone jack that supports high-impedance headphones up to 1,000 ohms.

As much as I wish I could just check all the boxes on the Mac Studio — the fully loaded version with 128GB of memory and 8TB of storage prices out to $7,999, actually quite reasonable for what is literally the fastest personal computer ever sold — I am still on a budget.

Moving to the M1 Ultra costs an additional $1,400 (in addition to requiring the upgrade to 64GB of RAM), and I couldn’t justify that additional cost to myself. I was initially really torn about which processor to go for, but eventually it clicked.

Though it would be significantly faster, I could nearly purchase the new 27-inch Apple Studio Display ($1,599) for the same money and I decided that if the choice is between the faster M1 Ultra processor and a fancy new display, I’d rather have the display. That realization made it much easier to stay with the slower … but still incredibly fast … processor. I doubt I’ll regret it.

What you should get

I would definitely recommend upgrading the RAM regardless of your configuration, as this can’t be upgraded later, but your storage and CPU choices will vary depending on what you’re going to do with it. If you’re a video editor and every extra minute spent waiting for your files to render costs you money, go Ultra!

But if, like me, you’re on a budget and you’d rather have that fancy display than a faster machine, I think you’ll be quite pleased with your new Mac Studio. I know I will be.

Whether you want iPhone and Mac tips or the latest enterprise-specific Apple news, we've got you covered.