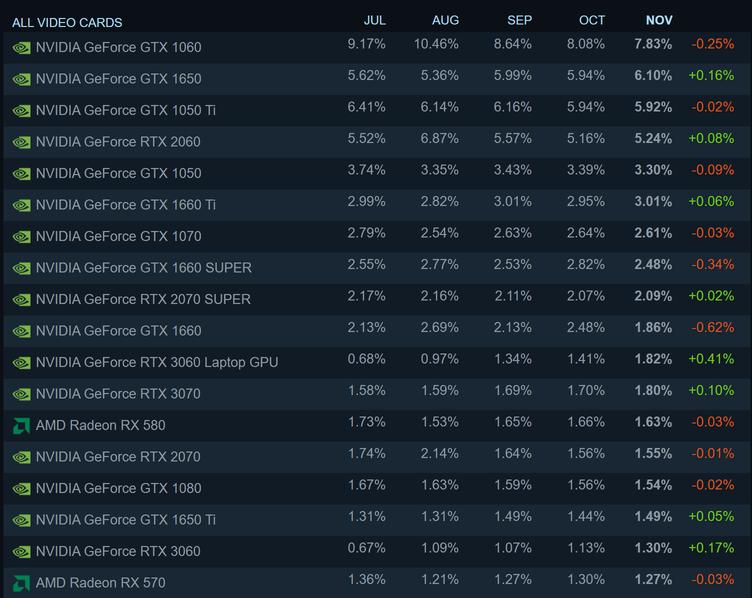 Every month, Steam releases survey results that reveal what kind of hardware and software the platform's gamers are using. This report provides a window of insight into how Intel and AMD are faring in terms of CPU market share, which VR headsets are most prominent in the PC space, and loads more details of that variety. Steam's survey results aren't to be taken as absolutely foolproof tests of which company is doing best with gamers, but they do serve as indicators of what's what in the market.

On the VR front, Windows Mixed Reality more or less maintained its holding pattern with just 0.10% in gains, capping out at 5.69% market share in December.

Be sure to check the survey results monthly to see how these numbers fluctuate as time goes on.

Building a desktop computer can be tricky for beginners, so why not skip the whole process with a pre-built PC? We've selected the best desktops under $1,000 for gamers and the home office.