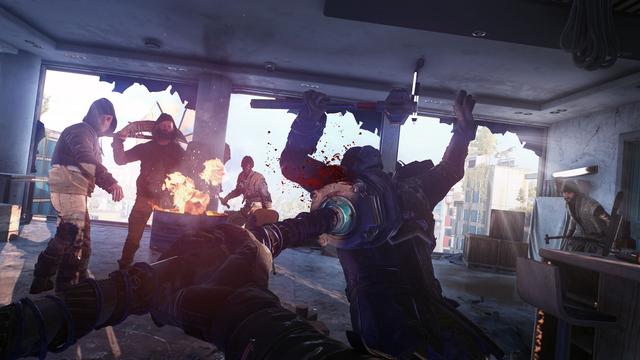 10 Dying Light 2 tips to help you rule the rooftops

Use these Dying Light 2 tips to give you an initial leg-up when you go parkouring your way across Old Villedor to give yourself a massive advantage in the early stages by easily navigating the ruined city and surviving zombies much more painlessly. Dying Light 2 has a lot of mechanics and aspects to consider, and the more of them you master, the better equipped you'll be to handle the Infected and deal with the people and the choices they present. But for all the little nuances that might not be clear from the start, we're here to help you with these 10 Dying Light 2 tips to get you into the game faster.

1. You can jump further than you think and mantle up ledges easily

If you're not sure if you can make a jump between two points, the answer is - you almost certainly can. Aiden must have grasshoppers as ancestors somewhere down the line, because you can jump deceptively far, even from a standstill, and the first ability you unlock in the tutorial is an extended jump that takes you even further if you hold down the button.

Likewise, your chances of making the jump are also secure because you don't actually have to reach the opposite ledge - even if you fall short and hit the wall beneath it, as long as you're not too far down, you'll grab the edge and pull yourself up. It's certainly slower and potentially leaves you vulnerable, but it's better than dropping to your death and means that you can practically leap across streets if applied properly.

However, while Aiden can jump incredibly far, his climbing (at first) is nothing to be impressed by. Before you start upgrading your energy reserves, Aiden's stamina drains very fast when climbing walls and vertical surfaces, and if it runs out halfway up, you'll plummet - a potentially deadly failure if you're too high up. 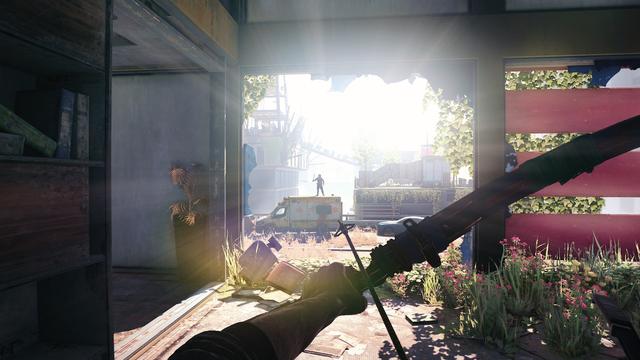 This means that you'll want to level up your stamina at least a couple of times right off the bat when you have the necessary Inhibitors. The skills in the top-right of the parkour skill tree should be an early priority too, as they allow you to clamber around faster and make the most of your limited stamina pool.

3. Rooftops are better than ground level

The fact that you can parkour around isn't just a fun gimmick, it's a vital part of your ability to survive. Aiden's speed and manoeuvrability allows him to outpace practically any enemy if used correctly, and rooftops are very much your ally in this strategy. They have more resources and fewer enemies present, your opponents on ground level often can't get up there to follow you, and you can use kicks and grapples to throw people off the edge to their death - or drop down on them with some of the later-unlocked special attacks. If you're ever at street level, do whatever you need to do and then get back up on the rooftops, because it's there that you're safest, strongest and in control.

4. Unlock safehouses and Nightrunner bases whenever possible for numerous checkpoints

There's numerous safehouses spread across the map of Dying Light 2, most of which are inactive until triggered - usually simply by interacting with the generator to turn on the UV light within. A small effort, but one well worth the time, as these bases and safehouses act both as places to hide at night and as respawn points. If you're fleeing from volatiles in the dark, you'll want a safehouse nearby to squirrel yourself away in, and if you're killed fighting enemies, you don't want to respawn several miles away and force yourself to have to trek all the way back. Make time to secure these outposts and ensure there's a healthy amount of safe zones spread around the map, so you've always got a hidey-hole hidden nearby.

5. Use your binoculars constantly to fill out the map

It's easy to forget, but early on you're given a set of binoculars to survey the area around you, which you can get out and peer through at any time. These actually highlight objectives, key locations, and points of interest on your map if you look at them, indicating where to look with a contracting rectangle that shrinks as you get closer to looking at the right area.

Your instinct might be to use these infrequently, only at the top of the tallest skyscrapers for the best view possible - but frankly, you can use them anywhere. These binoculars are very effective and can trigger on single pixels of objects halfway across the world, even spotting objectives through solid buildings for us at points. Pull them out frequently, and you'll be rewarded with a real omnipresent understanding of Old Villedor and the Central Loop before long.

6. Night runs are more difficult, but more rewarding in loot and experience

Though not as overtly lethal as the previous game, nighttime exploration in Dying Light 2 is still significantly more perilous than exploring under the sun. Not only does your infection mean you have limited time in the dark, forcing you to either find UV lights or take regular medication, but the streets are full of Howlers, special infected who scream when they see you and trigger a chase - dozens of infected who rapidly pursue you until you either successfully hide or find a safe zone. Chases get more intense over time, until the armoured Volatiles themselves join in and put you in serious peril.

There are benefits to running after dark though. For starters, any parkour or combat experience you gain during this time is significantly increased, though you have to survive either until dawn or to a safehouse to bank this XP (get killed and you'll lose that bonus). Likewise, there's also certain locations and buildings that are actually safer at night, as all the infected are out on the street, leaving you able to find Inhibitors, loot, and special crafting supplies. Treat these moonlit escapades as high-risk, high-reward.

7. Don't get too attached to weapons and swap them out regularly

Despite the option use Dying Light 2 weapons and mods, you shouldn't commit deeply to them. Aiden finds weapons regularly and burns through them equally fast, so keep checking your inventory to see what you have and what you don't need. After a while you'll be safe in selling anything less than blue rarity, and even then you should use your best weapons soon. It's possible to get artifact weapons early on, decide to save them for later, only to level up to the point where they're out-levelled and no longer useful. Whoops!

Of course, it's also worth mentioning that you can't really repair weapons in the way you could in the previous game. The only way to restore any durability is to modify the weapons and add new crafting elements, but this can only be done a few times for each weapon and it's usually just best to have a fully-upgraded melee weapon from the start, rather than doing it by degrees. Just sell, craft, upgrade and discard from the beginning, because hoarding isn't as good as it sounds.

8. Your GRE Key helps you to find new Inhibitors

Later on in the game you'll find a way to reveal Dying Light 2 Inhibitors on the map, but that's not for a while and until then you've got to rely on your own truffle-hog nose to locate these essential steroids and power-ups. That's where your GRE Key comes into play - if you're within 50 meters of Inhibitors a little voice will alert you of that fact, along with an indicator in the bottom-left corner of the screen stating how far away you are. Admittedly it won't tell you what direction to look, but by exploring and narrowing down the number you should be able to locate the Inhibitors, even if you have to battle through zombie platoons to do so.

9. Use merchants to sell useless items and buy great ones

Open up enough crates and boxes in Stay Human and soon you'll have lots of items classed as "Valuables''. Valuables don't have any use beyond being sold, simply clogging your inventory until you take them to a shop and sell them off. It's worth doing this regularly, as the wealth you make from doing it is very substantial. Likewise, pawn off any bad weapons or out-levelled gear to stop your backpack from filling up. Then use that money to buy replacements - some of the best weapons you'll find are sold from merchants, and high-rarity bludgeoners will have durability to last until your next shopping spree.

10.Combat is about countering and staggering enemies

It's explained fairly well in an early tutorial encounter, but the importance of it can be lost - when it comes to human enemies, the best thing you can do is learn to turn their own attacks against them. Well-timed blocks will stagger them, but as you level up you can also do it with dodges and learn special grapples that throw them across the room. Once staggered, you can follow up with a vaulted kick, a big melee strike, or just use that opportunity to escape.

Things are a little less technical with zombie infected, though you can still use a lot of these abilities on them. That being said, for most hordes you should use their stupidity and predictability against them, luring them about, kicking them off ledges or tricking them into the range of explosives.