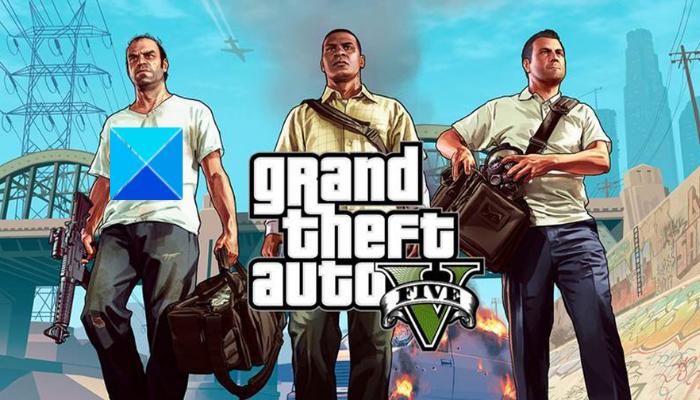 GTA 5 not launching or working on Windows PC

If GTA 5 is not launching, opening, running or working on your Windows 11 or Windows 10 PC, then this post is sure to help you fix the issue.

GTA 5 is an addition to the Grand Theft Auto game series published by Rockstar Games. It is quite a popular game amongst gaming enthusiasts and million of gamers love playing it. While it works smoothly for most users, some gamers have reported being unable to launch GTA 5 on their PC. This issue can be really frustrating as it prevents you from playing the game when you really want to. If you are one of those encountering the same problem, we got you covered. In this post, we are going to discuss all the working fixes to resolve GTA 5 launch issues.

What causes launch issues with GTA 5 on PC?

Here are the possible causes that make you unable to launch the GTA 5 game:

GTA 5 not launching or opening on PC

If GTA 5 failed to launch on your Windows PC, you can use the below methods to fix the issue:

1] Run the game as administrator

The first thing you should try to fix the problem is to launch GTA 5 with administrator rights. The problem might be caused if the game is missing the due administrator privileges to launch properly. So, running the game as an administrator should resolve the issue. This has proven to be successful for a lot of affected users and might just work for you as well.

If this fixes the problem for you, well and good. You will have to run the game with administrator access every time you relaunch it. Instead of that, you can make Steam and Rockstar Launcher always run as an administrator by following the below steps:

You need to use the same procedure for Rockstar Games Launcher if you use it to launch GTA 5.

In case this method doesn’t work for you, we got some more working fixes that will resolve the issue for you.

In case you are dealing with damaged or broken GTA 5 game files, the game will not launch properly. If the scenario is applicable, the Steam users can fix the problem by using the Verify integrity of game files feature. This feature basically scans for the corrupted and missing game files and replaced them with good ones. So, try using it and see if it fixes the problem for you. 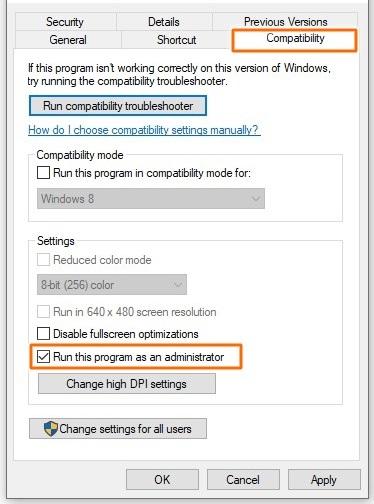 Here are the steps to repair the damaged or corrupted GTA 5 game files:

For any extensive video game, graphics cards and drivers play a crucial role. It is always necessary to make sure sure you have up-to-date GPU drivers to get the best performance out of your hardware. Outdated and faulty drivers cause problems in launching a game or trigger crashes. So, check whether or not your graphics drivers are updated. If not, update all your graphics drivers by going to Settings > Windows Update > Advanced options > Optional Updates.

You can also use a free driver updater to automatically update all your drivers including GPU drivers. And as an alternative, you can also visit the official device manufacturer’s website and get the latest driver updates from there.

After updating your graphics drivers, reboot your system and try launching the GTA 5 game. See if the game can be launched now.

If you have updated GPU drivers and you still are unable to launch GTA 5, move on to the next potential fix.

If GTA 5 still doesn’t launch on your PC, there are chances that your antivirus is preventing it from launching. In case you have installed an overprotective third-party antivirus, disable it and then check if you are able to launch the game. If yes, you can be sure that the problem was caused by your antivirus.

Now, turning off antivirus permanently or uninstalling it will invite viruses and malware to your system. Hence, what you can do is whitelist GTA 5 through your antivirus by adding the related executables to your antivirus. You can open the Exclusion/ Exception options in your antivirus settings and browse and add GTA 5 to it.

In case none of the above solutions work for you, there are high chances that the installation files associated with the game launcher are corrupted. So, the last resort is to reinstall the Rockstar Games Launcher and Social Club applications.

Simply uninstall both apps by going to Settings > Apps > Apps & features. After that, make sure to delete all the remnant files by going to the following locations:

Next, reboot your PC and download the installer for Rockstar Games Launcher and Social Club and install the apps back on your PC. Once installation is complete, try launching the GTA 5 game and see if the problem is fixed.

Why is Rockstar Launcher not working?

If Rockstar Launcher is not working on your PC, there might issue with your outdated graphics drivers. Or, there might be some internet connectivity issues, software conflicts, antivirus interference, or you are dealing with the corrupted installation of Rockstar Games Launcher. You can try running the launcher with admin access, disabling your antivirus, updating GPU drivers, or reinstalling the launcher to fix the problem.

How do I uninstall Rockstar Launcher?

You can uninstall Rockstar Games Launcher by opening the Settings app using Windows+I hotkey. Then, you can move to the Apps tab and click on Apps & features. From the list of your installed apps, select Rockstar Games Launcher and then tap on the Uninstall option. After the launcher is uninstalled, you can completely remove it by deleting the installation folder and remnant files from your system.