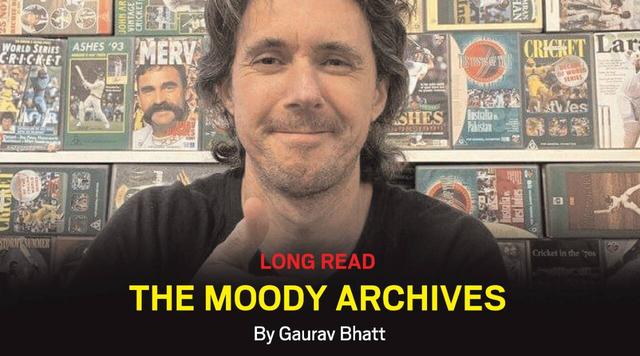 40 years of tapes, 30,000 DVDs, one cricket superfan: The Rob Moody aka robelinda2 story

Rob Moody has long gone public as the man behind the popular YouTube channel, but there’s no end to the conspiracy theories. The 44-year-old from Melbourne — whose moniker Robelinda2 has earned over a million subscribers and a billion views on YouTube, complemented by a burgeoning presence on Twitter — shakes his head at the myths.

“Every day, I see these comments. Let me show you my team,” Moody switches to the rear camera on his iPad during the video call and takes us into his lair. There’s the desk with a system, editing equipment and discs lying atop. And the imposing walls of thousands of tapes and DVDs, neatly labelled a la ‘Australia vs India, 2003-04’.

Moody switches back to the front-facing camera: “It’s a one-man operation.”

Moody is a modern-day archivist, the ultimate librarian and YouTuber much before the term became a new-wave career choice. He is in his 40th year of taping cricket matches and cataloguing them. From this cache, he edits and publishes clips of moments seemingly lost. The latest offering is the fastest Test 200 by Nathan Astle, 20 years ago; “Cheat mode batting.”

“I was just looking at old videos on my account last year. I posted that Sidhu clip a year ago and thought ‘let’s retweet it’. Everyone went, ‘Rob! Right on point’. I was like, ‘what are you guys talking about?’”

The day before, Sidhu, batting for Congress, had lost his Amritsar (East) seat in the Punjab Assembly polls to Aam Aadmi Party debutante Jeevan Jyot Kaur.

“Everyone’s like, ‘wow, you’re such a cricket fan that you follow Indian politics?’” Moody throws his head back laughing.

But the lucky nicks are rare. Moody’s screamer-through-the-covers-for-four timing is part of his appeal.

Earlier this month, Moody — a touring musician and guitar instructor — was back home after a late Friday night gig when a Twitter post broke the news of Shane Warne’s death.

“Instantly, I thought ‘come on, guys. You can’t be joking about stuff like that’. I checked Google. I checked the news. Nothing on it, so I blocked the guy.”

Moody, who later unblocked the account after confirmations and tributes poured in, remembers “sitting there for ages, looking at the screen.”

“In Australia, we were mostly asleep. But most of the cricket world was wide awake. I was about to go to bed but thought I should put up some Shane Warne videos. I’ve uploaded hundreds of videos anyway, so I just had to find them all and chuck them into a thread. But at the same time, I was shaking.”

Since then, the ‘RobeLinda2’ Twitter account has become a Shane Warne memorial site and educational tool rolled into one. There are clips of the Aussie great’s battles with Kevin Pietersen and Nasser Hussain, the flippers and leg-breaks, etched in the collective psyche of cricket fandom. Then there’s some ‘old gold’ straight from the Moody archives. The very first Warne-Tendulkar duel. And the “impossible ball” to Saeed Anwar, captioned: “Straight from my VHS tapes of the match in full, never been on the internet before with full replays and commentary!!!! (sic)”

“I knew that even when he was alive and well, everyone loved Shane Warne videos anyway. New fans get to see crazy deliveries and even crazier antics,” says Moody. “People now can just celebrate all the positive things in the awesome footage, which I’ve got in abundance.”

Day 1 of a test in England, far out

Early on during the pandemic, Warne jumped aboard the Robelinda2 bandwagon. In May 2020, Moody worked on a video project he had been putting off for a long time. It was the Steve Waugh run-outs compilation, and it was tough on Moody for a couple of reasons. One, the “massive ‘Tugga’ fan” didn’t want to subject his idol to scrutiny. Secondly, the sheer volume of the task. It was the CricInfo stat, reporting that Waugh was involved in 104 run-outs in his career, with his partner dismissed 73 times, that got Moody working. 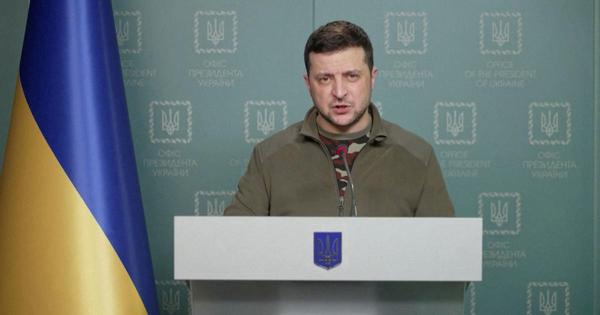 “For the record AGAIN & I’ve said this 1000 times – I do not hate S Waugh at all. FYI – I picked him in my all-time best Australian team recently. Steve was easily the most selfish cricketer that I ever played with and this stat……. (sic),” Warne tweeted.

That was on public Twitter. There lies an unabridged version in Moody’s DMs that he doesn’t want to share.

“Shane Warne was all over it in an instant,” laughs Moody. “He started messaging me and that chat… I will never post that screenshot. It is hilarious. Like, dude, you can’t be telling me this stuff. You don’t even know who I am like. I could be thinking, ‘Man, Twitter’s gonna just explode if I posted a screenshot of this chat. It’d be nuts.’ He just didn’t care.”

If you haven’t already, click here to subscribe and get Sandeep Dwivedi’s newsletter straight in your inbox

“He asked me, ‘how many balls would I have from his Test career?’ I went, ‘Every ball.’ ‘Are you kidding?’ I sent him some stuff. He sent me some bottles of wine.”

MacGill was the first of many. Cricketers, especially domestic cricketers in England, India, Australia, New Zealand and South Africa have contacted Moody for footage of themselves playing.

“That’s one aspect which always surprised me, that the players largely don’t have a library of every ball of every innings. Because you just thought they would, right? Like you would think that surely Tendulkar has got every ball that he’s ever faced in cricket.”

The conversation then turns to the opaque, inconsistent and oft-frustrating world of copyright claims, channel strikes and bans. YouTube issues copyright strikes to a creator if they’ve uploaded something within their video that they do not own the rights to. Three strikes mean the channel is terminated and the user is banned from creating another. ‘Robelinda2’ is always sitting on two strikes.

“Every day, I wake up and I check (if the channel is still up). Because I’ve seen it. I’ve had someone else’s channel open, and the next day, I refresh it. ‘This channel no longer exists, it has been terminated due to multiple third-party copyright violations’. That’s gonna be me one day,” Moody says. “I have given up caring. But I still don’t do the really suicidal things like IPL or anything from the last 15 years if I can help it. ICC has told me I can’t upload anything from ’92 onwards.”

Gradually, Moody has found support. Last year, the West Indies cricket board issued a bunch of strikes. Moody posted it on Twitter and the ensuing backlash prompted an official to contact him and sort the issue out within a day. Earlier, Cricket Australia came down heavily, resulting in Moody’s Twitter account getting suspended. Fans rallied, journalists quizzed CA officials and former cricketer Tom Moody and Australia limited-overs captain Aaron Finch lent their voice. “Ridiculous…so short-sighted. Rob has done a wonderful job in celebrating our game and keeping our memories alive! (sic),” tweeted Tom Moody.

“First of all, I love Rob Moody’s work, it’s got me through some difficult times through the lockdown as well,” said then CA chairman Earl Eddings.

The suspension, and copyright claims were revoked soon after.

The Moody household got its first VCR in 1982. It was a “rubbish, hunk of junk VCR”, but for five-year-old Rob, it was “magic.”

“There’s nothing comparable in this generation. There’s an endless list of tech that is not really exciting anymore for us. Because the game changed a long time ago. You couldn’t even imagine how awesome the VCR was,” he grins ear-to-ear.

Anything and everything made it into the first batch of Moody archives — news, kid shows — before Rob zeroed in on cricket and music videos. All of his friends were recording football, tennis and cricket action. Their parents were recording movies.

“But they stopped when they got to about 50 tapes. I got to the stage where I had to kick my parents out of their bigger bedroom because I needed the space for all the tapes. Even they were supportive enough for no real reason. They should have said, ‘Oi! You’re turning into a nutcase.’”

VCR tapes to more than 30,000 DVDs — “they scratch, they break, they don’t work suddenly” — to now hard drives worth terabytes. Like his tools, the support for his passion too has gone through generations.

“When my wife Belinda (the channel is named after Rob and Belinda) first came around to my parents’ house and saw a room full of cricket videos… Obviously she was just trying to get the hell out of there as soon as she could. Because clearly, it was not going to work out. But that was 23 years ago,” laughs Moody. “My kids are 12 and 14. My son’s pretty happy that none of his friends’ dads have YouTube channels with a billion views. I’m a bit of a hero. But he gives me s**t every single day relentlessly for having so many tapes and DVDs everywhere. He will be in school, and will email me, ‘What are you downloading now? Are you ripping any DVDs?’”

Like his followers and subscribers, Moody too has his favourite RobeLinda2 videos.

“If you’re having a crappy day, or you’re not feeling well, you watch the Inzamam (ul-Haq) run-outs video and you just die laughing. Ricky Ponting running people out is just bang bang bang for two minutes.”

Each post by Moody invites umpteen requests for the rarest of clips. Often, he is able to scour his catalogue and fulfil demands. There is, however, a white whale.

“Every couple of days, I get some person from India asking me for the famous 175 by Kapil Dev,” Moody says. “It doesn’t exist because of the BBC’s strike back then but every time… ‘Rob, do you have the 175?’ I’m like, ‘Yeah. Would you like it in 4K? Let me get back in my DeLorean and go back to 1983 and record it off my phone sneakily.’”

But does Moody realise that the incessant pestering is only down to his well-earned, aforementioned status as a modern-day archivist? That cricket fans of his vintage live vicariously through his passion? That a new breed has learnt that creative, high-octane cricket isn’t exclusive to the age of Hotstar and SonyLiv?

“For me, it’s a bit weird. I am just a regular dude and don’t really think about it at all. But maybe, I should think of it more than it is. There are some days where I’m at work, or I’m touring or playing a show, I’m like, ‘Ah, I can’t wait to go home and just plunk myself in front of my computer,” says Moody.

“The best thing about the internet is the engagement with the genuine fans, that will go ‘Hey Rob, do you recall that pull shot from Greg Blewett in ’97? Chris Cairns at Gabba? That bowler who broke the stump cam at SCG in ’89?’ Yes! That was Greg Campbell, Ricky Ponting’s uncle. I’ll go chuck the video up.’ Every day I’m reminded of moments because of the fans. You know, if I didn’t have the videos, I’d be the one absolutely harassing people online for the same things.”

(With inputs from Mihir Vasavda and Shashank Bhargava)