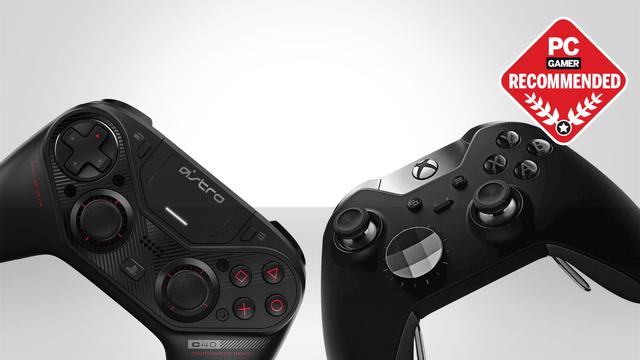 The best PC controllers in 2022

The best PC controllers open up a new way of gaming that doesn’t revolve around your trusty mouse and keyboard setup. There’s no arguing about the prowess and performance of a good mouse and keyboard when it comes to MMOs, strategy games and shooters. However, a great controller can bring something of its own to the table across many other different genres.

Boot up Steam in Big Picture mode and enjoy analog acceleration in Dirt 5, feel the rumble of each blow in Mortal Kombat 11, take full control of every dogfight in Elite Dangerous, and become fully immersed as you pull the trigger on your contracts inHitman 3. While there’s always going to be a debate on what the best way to play a game is, there’s no arguing that the right controller can, at the very least, give you a new way to experience it.

The Xbox Wireless Controller has an impressive legacy and thanks to a series of successful revisions, it has become a mainstay in PC controller shortlists for the best part of a decade. Never needing to reinvent the wheel, Microsoft has finely honed and polished its first-party peripheral to a point where placing anything else above it on this list would just seem petty.

The latest iteration includes Bluetooth Low Energy support, which reduces overall power consumption, alongside a long sought-after overhaul to the controller’s D-pad. The latter of which brings the gamepad more in line with Microsoft’s premium Elite Controller, improving both performance and accessibility. There’s also no more Micro-USB port, with Microsoft opting to replace it with a much faster USB-C connection.

These new features stacked atop the Xbox Wireless Controller’s tactile switches, responsive impulse triggers, sturdy build quality, comfortable form, and ergonomic layout to round off one of gaming’s finest peripherals.

Thrustmaster is well-known for creating some of gaming's most impressive joysticks and racing wheels. The T-Flight HOTAS X is one of those joysticks, and it’s an absolute blast when paired with the right games. Luckily, we’re living through something of a minor joystick renaissance thanks to a bevy of compatible titles such as Elite Dangerous, Star Citizen, War Thunder, Star Wars: Squadrons andMicrosoft Flight Simulator. 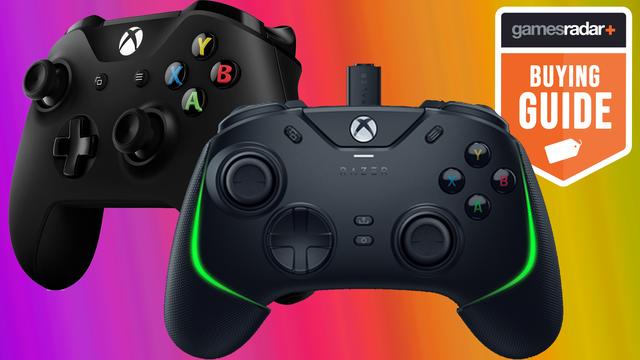 Having games like these available makes the decision to pick up a specialized joystick somewhat easier as the price can be hard to justify if you only have a single game in mind. Thankfully, Thrustmaster’s T-Flight HOTAS X is much more of a budget buy with its $72 price tag. Don’t let that price fool you though, there’s plenty of quality packed into this flight stick.

The 5-axis joystick is an ergonomic dream, with every button perfectly placed for easy access. The throttle control is equally well-crafted, offering a great amount of comfort and easy access to controls. It’s also detachable, allowing for various setups and seating arrangements. There are 12 buttons in total, with each one capable of being reprogrammed to suit your needs, which is more than enough to cover the vast majority of mainstream games. If you fancy yourself a regular Top Gun, this HOTAS controller is sure to take your breath away.

There’s a ton of ways to play classic older games on PC. Even if you’re not a fan of the oldies, every year sees a host of game releases that lean heavily on retro aesthetics and mechanics. So, why not pair them with a retro-themed controller? 8BitDo manufactures a range of retro-inspired controllers that might appear gimmicky, but they are actually some of the best third-party gamepads available. 8BitDo’s SN30 Pro gamepad is no exception.

The SN30 Pro owes much of its design to the classic SNES controllers of yesteryear, mimicking its style, layout, and shape. However, 8BitDo goes a few steps further, adding a slew of modern controller elements to maximize the gamepad’s potential. In addition to the highly-rated D-pad and responsive face buttons, the SN30 Pro offers two analog thumbsticks, rumble and motion controls, bumpers, triggers, an internal rechargeable battery, USB-C charging, turbo functions, home and screenshot buttons, and Bluetooth wireless.

It may not be historically accurate to the SNES gamepad on which it's based, but these additions do a lot to ensure you won’t have to sideline the controller the second you get tired of playing Shovel Knight. The retro gimmick is an addition to a great underlying device and not a hindrance that limits what’s on offer.

Microsoft’s premium peripheral is a seriously impressive kit that offers unparalleled accessibility and customization. Building upon the foundations laid out by the Xbox Wireless Controller, the Elite Wireless Controller seeks to improve and advance as many aspects of the original as possible.

It features long-awaited quality of life improvements, like USB-C support and an impressive 40-hour rechargeable internal battery. Some advances are all about in-game performance, like the shorter hair trigger locks, improved D-pad, deadzone amendments, and adjustable thumbstick tensions. The controller also further improves accessibility with the addition of the four optional paddle switches and remappable inputs. All-in-all, the Elite Wireless Controller features over 30 improvements spread across almost all aspects of the original design.

The Xbox Elite Wireless Controller Series 2 is a fantastic example of a company aiming high, and getting almost everything right. Since launching, some buyers have complained about several concerning mechanical hiccups occurring with their device. While this percentage is relatively small, it was enough to force Microsoft to extend their 90-day warranty to cover a year from purchase. It's a flaw that can't entirely be ignored, especially when you're expected to place $179.99 down when picking one up. While the chance of you encountering these issues may be small, knowing they exist does take the shine off of Microsoft's impressive premium controller.

Sony’s DualShock 4 was such a blend of form and function that it seemed almost a given that there would be a DualShock 5 to launch alongside the new PlayStation. Instead, Sony took the complete opposite route and left the DualShock brand behind entirely. A bold decision, but has it paid off? When it comes to the new PlayStation DualSense controller, it would seem so.

Immersion is front and center with Sony’s new controller, with a host of features to make games feel like they're taking place in your hands. Traditional rumble motors are gone, replaced by dual actuators that deliver incredible haptic feedback. And all-new adaptive triggers simulate resistance, making you feel physically connected to your in-game actions. The DualSense is a mini-revolution, changing up the way you can experience countless titles. However, there is a downside when it comes to using it on PCs.

Annoyingly, most of the features that make Sony’s new DualSense controller so good aren’t supported on PC at present. While the controller itself is fully supported, PC titles just aren’t programmed with this level of controller feedback in mind. However, with more and more former PlayStation exclusives sneaking their way onto PC recently, I’d hazard a guess that game-changing features like adaptive triggers and haptic feedback will find far greater support over the coming years.

If you want to get the most from Amazon’s Luna controller, you’re probably going to want to stick to its intended purpose as a device to interact with the Amazon Luna cloud gaming platform. However, if the Amazon and Alexa integrations are something you can manage without, there’s nothing stopping you from using Amazon’s peripheral outside of its service altogether. Simply downloading the appropriate drivers will let you connect the Luna to your PC via Bluetooth 5.0, at which point the Luna controller is much like any other Bluetooth peripheral.

However, when I say much like any other peripheral, it’s actually very much like two in particular. The Luna controller owes a lot of its design and layout to both the Xbox Wireless and Switch Pro controllers. In turn, the Luna controller gets to enjoy some of the best things about each, including tactile bumpers, responsive triggers, rubberized grips, rumble feedback, and sturdy thumbsticks. The main drawback is that it also inherits some of their lesser aspects, most prominently is the Xbox Wireless Controller’s dependency on batteries.

It’s a little on the expensive side, and once you take Amazon’s Luna cloud gaming platform out of the picture, the controller loses almost every ounce of identity. But it still features excellent build quality and decent in-game performance. Regardless of how much identity it does or doesn’t have, performance is paramount.