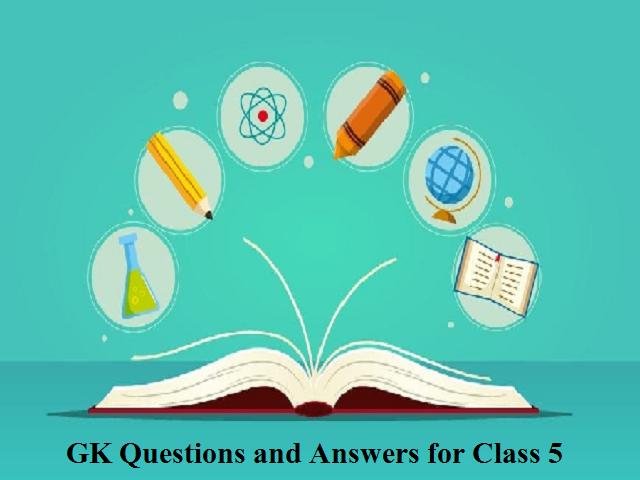 50+ GK Questions and Answers for Class 5

GK Questions and Answers for Class 5: General Knowledge covers all GK questions related to science, India, current affairs, world, computer, awards, literature, social studies, etc. This quiz will help to improve young students' intellect and also refine their skills. Learning and absorbing knowledge from several sources not only makes children smart but also improves their academic performance. Reading and solving this quiz will help students to be able to stand out from the crowd. Nowadays the world is getting highly competitive, so learning beyond academics too plays an important role and this becomes a necessity of the day.

Explore below some interesting General Knowledge questions for class 5 students that will improve their general awareness and also enhance their academic performances. This will also help them to prepare for several school-level entrance tests and general quizzes.

GK Questions and Answers for Class 5

3. Name the Father of the Indian Constitution?

5. Who was the first Prime Minister of India?

6. Who was the first woman Prime Minister of India?

7. Name the national bird of the United States of America?

8. Name the deepest ocean in the world?

9. Name the smallest bone in the human body?

10. Name the gas which is filled in balloons?

11. Which two rivers merge in Devprayag to form the River Ganga?

13. Aizawl is the capital of which state of India?

14. Name the country which has no capital?

15. Name the summer capital of Jammu and Kashmir?

16. Who is the executive head of the Union Territories?

17. How many States and Union Territories are there in India?

18. Which day is celebrated as Environment Day?

19. Bucharest is the capital of which country?

20. Name the seven colours of the Rainbow?

21. Name a place where dead bodies are kept?

GK Quiz for Class 5: Fill in the blanks 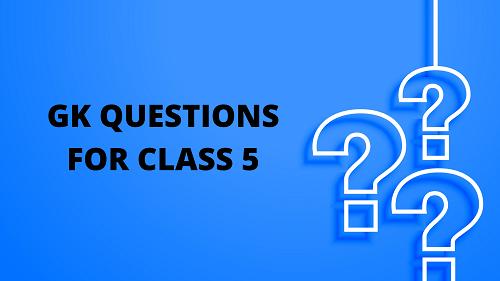 3. Mount Vesuvius is located in Italy.

4. Ablutophobia is the fear of bathing.

5. Mangifera Index is the scientific name of Mango?

Ans. False ( The scientific name of Mango is Mangifera Indica).

6. Water in plants is transported by phloem.

7. Onion is a modified form of roots.

9. World No Tobacco Day is observed on 4 December.

10. In January 1915, Mahatma Gandhi returned to India from South Africa.

13. Node is the part of the stem where the leaf is attached.

14. The scientific study of an earthquake is known as Seismology.

15. Citric Acid is present in Lemon,

Identify the Odd one out that is not related to the ones in the group.