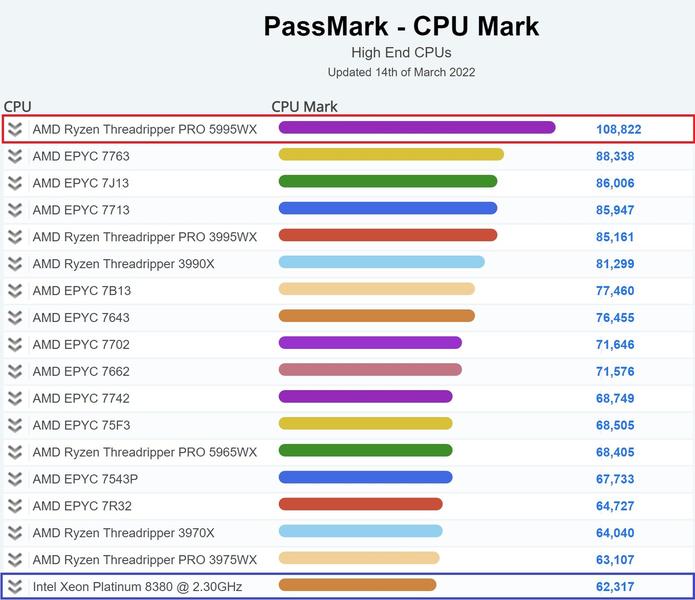 AMD Ryzen Threadripper PRO 5995WX annihilates the competition on PassMark leaving the EPYC 7763 over 20,000 points behind

The AMD Ryzen Threadripper PRO 5995WX processor was recently released and has now made its way to PassMark’s synthetic benchmark, where five samples (at the time of writing) have been put through a barrage of tests. Unsurprisingly, the 6-core, 128-thread Ryzen Threadripper PRO 5995WX put up quite a performance, although the current result is probably more impressive than could have been expected. Not only does the Chagall PRO Zen 3 chip score over 100,000 points, it also leaves a huge gap between itself and powerful server CPUs like the EPYC 7J13 and 7763. 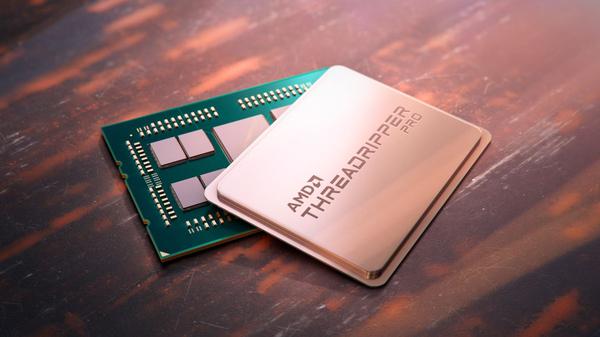 However, before DIY PC builders head for their nearest bank account to withdraw money and attempt to snap up this high-performance chip, it seems AMD has decided to make the Ryzen Threadripper PRO 5995WX an OEM-only SKU for the time being. In fact, upon release it was only made available for the Lenovo ThinkStation P620. The powerful desktop chip, which is based on TSMC's 7 nm manufacturing process, has a base rate of 2.7 GHz and a peak clock rate of .5 GHz, and it utilizes the sWRX8 CPU socket.