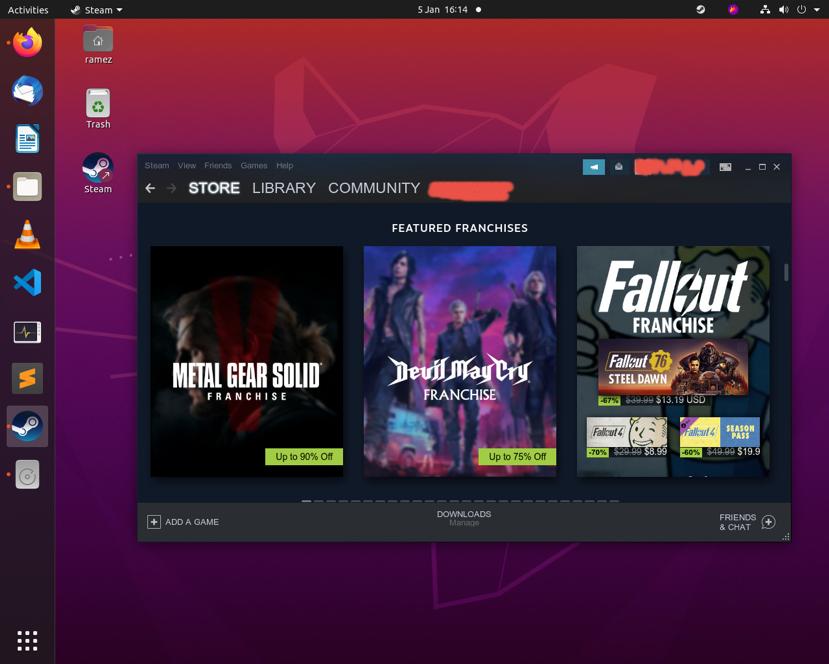 Best Linux distros for gaming in 2021

The best Linux distros for gaming give the freedom that Linux offers while providing the tools you need to play most of the games you love already. Linux has been around for a long time, but it has become much more viable as a gaming platform in recent years thanks to the community and Valve.

Now that Valve's portable Steam Deck gaming PC is confirmed to be running Linux, using Proton to make your Steam games shine, getting into Linux gaming is more exciting than ever.

+Nvidia and AMD ISOs+Simple to use+Pop!_Shop has Steam and Lutris easily accessible+Excellent tweaks for laptops and hybrid gaming hardware-Barebones out of the box

Pop!_OS is System76's homegrown Linux distro for its laptops and desktops. This distro has the added benefit of having a for-profit company behind it, which can afford to invest resources into Pop!_OS to make it the best it can be. And it shows. Pop!_OS is one of the best distros for laptops, especially those with hybrid graphics setups like older Nvidia Optimus machines.

One of the best things about Pop!_OS is that there are two separate ISOs, one for Nvidia graphics cards and one for AMD ones. Choose which one is right for you and you'll be good to go on drivers. There's also the Pop!_Shop, an app store with many staple applications — including Steam and Lutris, two key elements for gaming on Linux.

Other than its weird naming scheme, Pop!_OS is a solid way to get into Linux gaming. It works great on laptops and desktops, and that's why it's our pick for the best gaming distro for most people.

Manjaro is a fantastic distro that blends the rolling release nature of Arch with added stability and core strength. This is a great distro for people looking for something a little more out of their Linux life. Being just shy of the bleeding edge, things in Manjaro move a lot quicker than the Ubuntu-based distros do.

New mainline kernels are generally easier to deal with and Manjaro's hardware detection tool (mhwd) is stellar for managing drivers. Nvidia systems are notoriously difficult to work with in Linux sometimes and Manjaro does a great job at mitigating that. New drivers are pretty quick to come down the pipeline.

In the past, Manjaro has a bit of trouble with stability, but that's mostly gone away in recent years. However, things can still go wrong, so make sure you keep backups in case you or an update borks something.

Drauger OS bills itself as the gaming Linux distro, and it certainly delivers on that promise. It's built with performance and security in mind, getting you straight to gaming and even installing Steam during the OS installation process. Based on Ubuntu 20.04 LTS at time of writing, Drauger OS is stable, too.

It's a barebones distro that comes with the lightweight XFCE desktop environment. The whole thing doesn't look as pretty as some other distros, but its main goal is to provide the best gaming experience. It does this with kernel level modifications for low latency, a 1,000Hz scheduling frequency (up from 250Hz), and the BFQ IO scheduler. All that to say, it's made for hardcore Linux gaming. 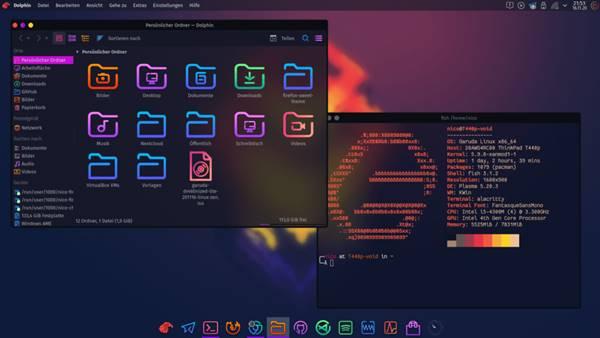 The biggest complaint we could lodge against Drauger OS is the cumbersome and oftentimes buggy installer. It uses Gparted for partition management, which is fine, but the installer can still fail sometimes. But your mileage may vary, so give Drauger OS a try before passing judgement.

Garuda Linux is a newcomer on the block, basing itself on Arch. Some might think of it as an up and coming competitor to Manjaro and I think it's well on its way to that end. It's a powerful distro with tons of customizations, DE options, and loads of goodness. It's also pretty beginner-friendly, offering the power of Arch without most of the hassle.

For gamers, Garuda offers a GUI with a suite of packages like Steam, WINE, Winetricks, PlayOnLinux, Gamehub (the Linux alternative to GOG Galaxy 2.0), Lutris, DXVK, and Proton. It's a one-stop shop to easily install everything you need to get gaming. It's also a great distro to use on its own for other PC tasks.

The aesthetic that Garuda uses is quite retrowave/cyberpunk and I'm all for it. KDE is the flagship desktop environment and it features the most customizations. Garuda is a beautiful, spectacular distro that should put Manjaro on watch.

Like it or not, Ubuntu is the premiere Linux distribution. It's where a lot of people start out and it serves as the foundation for most of the distros out there. It comes in two versions, a Long-Term Support (LTS) version and the semi-annual XX.04 and XX.10 releases.

Ubuntu has a lot of weight in the Linux world and it's quite versatile. It comes with a modified GNOME desktop out of the box, but there are other versions with KDE, XFCE, LXQt, and a host of other community options (like Deepin). There are other Ubuntu versions for education, multimedia creation, and others.

While it's not the best gaming distro out of the box, it is the most widely-used distro and therefore has some of the best support. The community is also pretty strong, though not quite on the level of Arch and Manjaro. Still, if you have a problem with Ubuntu or setting something up, you can easily find support. Getting going with gaming can be a hassle, what with Steam, Lutris, Proton, DXVK, WINE, Winetricks, GameMode, etc., but it's definitely a great place to start if you're new to Linux.

How to choose the best distro for you

There's no one best Linux distro for everyone. Ubuntu is where a lot of people get started (or one of the many, many distros based on it) and it has its place, but out of the box it can be a hassle. That doesn't mean it's bad, of course; two of the other distros on this list are based on Ubuntu.

The Arch-based ones are generally thought to be for more experienced Linux users, though you can easily get your feet wet with Manjaro. That distro features a lot of what's great about Arch, but with some added stability and its own repository of applications.

In general, we think the best Linux distro for gaming is also one you can use outside of video games. Pop!_OS and Manjaro are both powerful distros that do just about everything well, including gaming. But if you don't really use your gaming PC for much else outside of games, then something like Drauger OS is a good bet. And be on the lookout for the new Steam OS, too.

If you're new to the Linux world, then you'll eventually hear the term "distro hopping" (if you haven't already). That means installing new distros to see if you can find one you like. It's something most Linux users do until they find a distro to settle on — it's how I decided Manjaro was the best option for me.

Don't be afraid to try out new distros in a virtual machine or to install it on your hardware. That's the only way you'll find the right one for you.