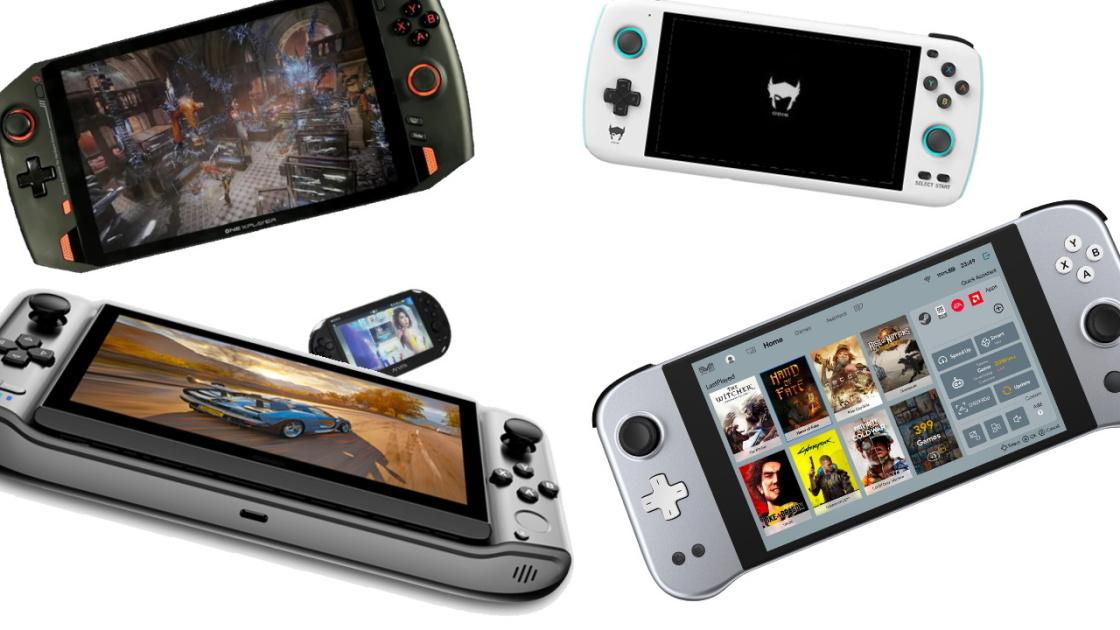 Can't Buy a Steam Deck? 6 Of the Best Alternatives

Valve’s Steam Deck (starting at $399) looks like an impressive, possibly revolutionary, handheld gaming PC. Good luck getting one, though! Preorders are backed up by months, so if you haven’t already placed an order, you’re going to wait a bit longer.

Fortunately, the Steam Deck isn’t the only option when it comes to playing video games in your hands. I’m not talking about Game Boys or even 3DSes (though the Analogue Pocket is a fantastic retro gaming handheld). Several companies already offer portable gaming PCs in the Steam Deck/Nintendo Switch form factor, and there are a few other handheld gaming options that are worth considering.

To be a Steam Deck alternative, a device has to both be capable of reasonably high-quality 3D gaming, and have at least a six-inch screen. Which means, as fun as they are, our favorite retro gaming handhelds don't apply here.

Steam Deck Hands On: Valve Successfully Frees PC Gaming From the DesktopSteam Deck 101: Everything You Need to Know About Valve's Handheld Gaming PCDid You Score a Steam Deck? These are the Best SteamOS-Verified PC Games

Ready to check out cool Steam Deck alternatives? Explore the options below.

The Nintendo Switch is the most obvious and readily available Steam Deck alternative. With its controllers attached in handheld mode, it’s about the same size and shape as the Steam Deck, though half-a-pound lighter. It’s also less expensive than the Steam Deck at $350 for the high-end OLED model, and just $200 for the handheld-only Switch Lite.

The Switch's big appeal, apart from Nintendo's first-party games, is the ability to use it as both a handheld game system and a home game console, thanks to the detachable, wireless Joy-Con controllers and the HDMI-outputting dock. The Steam Deck can also output over HDMI, though, and even supports DisplayPort on top of it, though it doesn’t have a convenient dock like the Switch (yet).

In terms of specs, the Switch lags far behind the Steam Deck. The Switch has a five-year-old Nvidia Tegra-based processor, while the Steam Deck has a Zen 2 SoC (plus, many games released on Nintendo’s system occasionally chug along with low framerates). It’s telling that 2019’s Control appears to run natively on the Steam Deck, while you can only play a streamed, cloud-based version on the Switch.

Above all else, keep in mind that the Switch isn’t a gaming PC. Its interface, library, and ecosystem are entirely different. On one hand, consistently high-quality first-party Nintendo games can only be played on the Switch, and the console has a healthy indie game scene (though not as robust as Steam's as a whole). On the other hand, third-party flagship games being released on the Switch tend to be a coin-flip.

The second device on this list is another non-PC product, but it’s still a gaming handheld with the Steam Deck’s general form factor. The Ayn Odin is an ARM-based Android device with loads of potential, and low prices across full line. It uses an eight-core, Qualcomm Snapdragon 845 processor; 4GB of LDDP4 RAM (8GB on the Pro model); and 64GB of onboard storage (128GB on the Pro model). That’s significantly less power than the Steam Deck, but the 6-inch touch screen has a higher 1,920-by-1,080 resolution (the Steam Deck's screen has a 1280-by-800 resolution). 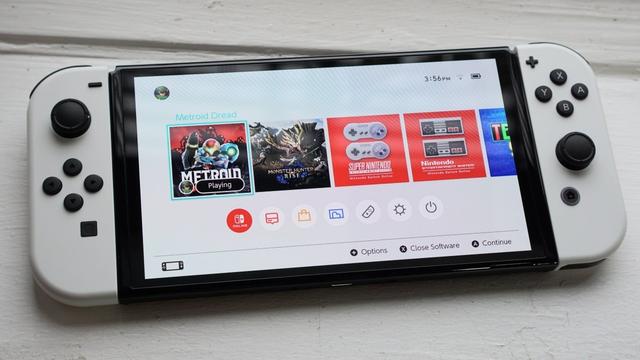 The Odin takes a Switch-like turn with the optional Super Dock accessory that lets you connect the device to your TV. The Super Dock also features five USB-A ports, an Ethernet port, a USB-C input, and (and this is just showing off) four GameCube controller ports. Yes, GameCube. The dock can also hold its own 2.5-inch SATA hard drive for additional storage.

As an Android device, the Odin is fairly limited out of the box, and likely reliant on extensive sideloading to be able to play (almost) everything you want, including emulators. Ayn says that the Odin supports Windows on ARM, so you can at least try to install Windows and run Steam. Of course, you’ll still be dealing with an ARM processor with an Adreno 630 GPU, and that falls a bit short of the Steam Deck’s graphical power.

The Odin Pro is available through the project’s Indiegogo page for $285, and with the Super Dock it costs an additional $50. The base Odin isn't currently available, but the Odin Lite is just $200. The Lite replaces the Snadpdragon 845 with a Mediatek D900 CPU and Mali-G68 MC4 GPU, making it a step down in processing power.

This is where we start to look at the “real” Steam Deck alternatives. Which is to say, full Windows gaming PCs with handheld form factors. They’re powerful, and they have much more clearly defined hardware than the Steam Deck’s custom AMD processors. They’re also generally far more expensive than the Steam Deck. Like the Ayaneo Next Advance, which costs a shocking $1,345.

The Next features an AMD Ryzen 7 5800U CPU, AMD Vega 8 GPU clocked at 2GHz, 16GB of LPDDR4 RAM, and a generous 2TB SSD. That’s packed into a handheld device with a 7-inch 1,280-by-800 touch screen, with all of the standard dual analogs/d-pad/face buttons/triggers you’d expect on this type of device. In terms of power, the Zen 3-based Ryzen 7 is probably much faster than the Steam Deck’s Zen 2 CPU, but the Vega integrated graphics are likely well behind the Steam Deck's RDNA 2 GPU.

Remember slider phones? GPD remembers, which is why its handheld gaming PC uses that form factor. The GPD Win 3 takes Steam Deck and Switch's basic layout, and adds a full Blackberry-style QWERTY keyboard so you can type with your thumbs.

It’s a bit smaller than the Steam Deck, with a 5.5-inch, 1,280-by-720 touch screen, but it packs an Intel Core i7-1195G7 CPU, 16GB of LPDDR4 RAM, and a 1TB SSDR. It uses Intel Iris 12 integrated graphics, which might be less powerful than the Steam Deck’s RDNA 2 GPU (we must run performance tests to know for certain). It also supports an optional dock, which is always nice to see.

Price is a concern; its has a $1,183.99 MSRP via Aliexpress, which appears to be the only official way to order the GPD Win 3 in North America (Amazon usually has many third-party importers selling devices like this, often at a markup).

OneXPlayer has the advantage of offering the biggest and highest-resolution displays of all of these devices. Three of the four OneXPlayer models feature 8.4-inch, 2,560-by-1,600 touch screens, and even the OneXPlayer Mini has a 7-inch, 1,920-by-1,200 screen. This means most OneXPlayer models are a bit wider than the Steam Deck, but oddly they’re also slightly shorter and flatter (though heavier by almost seven ounces).

You have your choice of AMD and Intel OneXPlayer models, with the “standard” OneXPlayer available with Ryzen 5800U or 5700U CPUs, while the OneXPlayer Mini and OneXPlayer 1S sport Intel Core i7-1195G7 processors. The AMD models feature “Radeon graphics,” which are likely Vega 8 like Ayaneo, while the Intel models have Iris GPUs like the GPD Win 3.

Okay, this one’s mostly for me. Yes, the Vita isn’t sold anymore. Yes, it’s not getting any new games. And, yes, Sony tried to shut down its online store last year. But all of that aside…the Vita was pretty great.

Before the Switch, it was the PlayStation Vita that captured the wide, dual-analog-control gaming handheld design that the Steam Deck offers. It was quite powerful for the time, too, comparable with the PlayStation 2. It was also backwards compatible with numerous PlayStation Portable games, and more importantly, it could play original PlayStation games (if they were available digitally). That’s a huge library, along with some respectable games-of-the-time for the Vita itself.

I’ll always remember it fondly, and it isn’t entirely obsolete. If you can find a used one, you should still be able to get games on it. There are also many options for hacking your Vita with custom firmware to turn it into a powerful emulation machine.