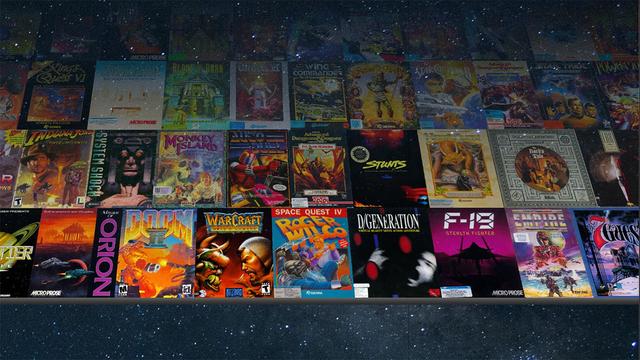 I grew up as an Atari computer fan, first with an 800 system that I ran a BBS on, and then with a 16-bit 520ST that became my main system by the start of high school. But by the late 1980s, I knew Atari was headed for trouble again, so I decided to get my first MS-DOS machine. Back then, everyone thought of the IBM PC and its clones as business computers, but the platform’s gaming prowess had risen steadily throughout the decade. With a shiny new 286 slimline desktop PC—a Vendex Headstart III, which no one today will have heard of—I plunged headfirst into all manner of awesome DOS games, many of which had just begun to take advantage of the latest sound cards and VGA graphics. Gaming only got better from there.

I knew I had to write a book about this amazing time, back when the PC found its footing and became the dominant platform for computer gaming. The result of some 18 months of hard work, Starflight: How the PC and DOS Exploded Computer Gaming 1987-1994 narrows in on seven crucial years in the PC’s history. Before the late '80s, gaming on PCs had paled in comparison with the diverse libraries, powerful sound chips, wide color palettes, and hardware sprites and scrolling found in competing computer platforms such as the Commodore 64 and Amiga, the Atari 800 and ST,the Apple IIGS, and even the Macintosh. But by 1990, the PC took the lead and never gave it back. All other competitors either disappeared in the next few years, or they stayed niche forever (in the case of the Mac).

Starflight Looks at the Rise of DOS Gaming

Why did that happen? How did it happen? The first chapter of Starflight steps quickly through the PC’s design, introduction, and first several years on the market amid a sea of clones, including IBM's influential AT and the much-publicized failure of the PCjr and PS/2 lines. Then the book dives in deep and goes year by year with detailed write-ups of more than 110 of the most significant and trailblazing DOS games ever made, in tandem with the PC’s ever-improving hardware specs and how they translated into game performance. It covers hardware developments such as Intel CPUs from the 8088 through the original Pentium, the rise of EGA and VGA graphics, and the advent of AdLib, Sound Blaster, and Roland MT-32 sound. 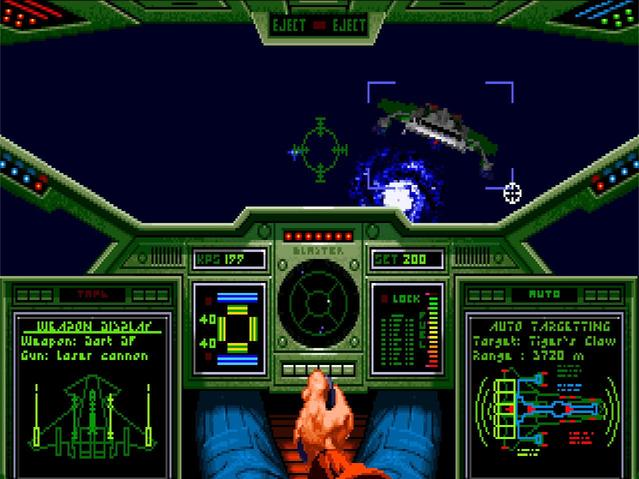 Chris Roberts reimagined space combat with Wing Commander, a key milestone in 1990 cementing the PC’s high-end gaming status. No other title looked, sounded, or played like it, in large part thanks to its lustrous 256-color VGA graphics support and incredible, heart-pounding soundtrack. As a fighter pilot in the year 2654, you (the blue-haired protagonist) had to run a series of air missions against the catlike Kilrathi warrior race to defend the Terran Federation.

The game was an event right from the start. It began with a view from behind an orchestra tuning up and beginning a performance, only to display fireworks and the Origin logo on-screen. Then the title sequence played, complete with orchestral fanfare and cinematic opening credits. You started the campaign playing the “trainsim” in the lounge, noted by its early-’80s-style, 8-bit video game music, and you died instantly. It’s important to convey just how novel this was in 1990, to not only see this theatrical-style introduction and other sequences, but to then begin the adventure playing a 3D “video game” simulation that wasn’t the real game yet. It was next-level stuff in a time when 2D beat-‘em-ups and run-and-gun shooters still populated arcades.

Between missions, you talked to other pilots or the lounge’s bartender, headed to the barracks to save your progress, and then attended the next mission briefing. Once you received your marching orders, the game displayed a side view of you and your wingmate running to the deck to board your ships and take off. During each mission, you navigated to different points in space from the briefing using autopilot. Once there, you either encountered your next objective or found some new enemies in space to defeat.

None of the battles were easy. Even lower-rung enemy ships were piloted by smart Kilrathi who knew how to perform evasive maneuvers. Leading a mission also meant you also had to give orders to your wingmate using the on-board communication system. Going above and beyond in a mission earned you medals and promotions, and you earned the chance to fly four ships during the campaign: the Hornet, Scimitar, Rapier, and Raptor, each with increasingly desirable characteristics.

The VGA graphics displayed sharp cockpit and external views and scalable bitmaps with texture mapping that meant enemy ships became more detailed as you closed in. If you had a 386 CPU, the game displayed your hand moving the flight stick in the cockpit, making Wing Commander the first AAA title to take advantage of 32-bit PC processors.

Some earlier titles toyed with the idea of adaptive music—notably Ballblazer, an early Lucasfilm game for the Atari 800. But no one had put it to such potent effect as George “The Fat Man” Sanger and David Govett did here. Engage an enemy and the music instantly became a bit more urgent and ominous. Your pulse quickened. Yeah, you knew it was about to go down. Plunge into a close dogfight, and the music rose further in intensity, with a staccato string section and thunderous timpani. The score weaved in different musical phrases where the melody, chords, and dynamics mirrored how well or poorly you were doing, a marked difference from the usual, repeating "level music" in most games.

This ebb and flow extended to the campaign itself. As you completed missions successfully, you closed in on the Kilrathi High Command. But if you failed to meet your objectives, the Terran Federation soon found itself on the defensive, ultimately fighting for its survival. Die in battle and you’d become a spectator at your own funeral, complete with a laser salute as your coffin sailed off into space.

The attractive black box featured better-than-real-life graphics on the front. This never made sense to me, as Wing Commander’s real graphics were already astounding. Inside were the manual and Claw Marks, a magazine designed to look like something you’d read on the deck of the TCS Tiger Claw, the military battleship you and the other pilots were stationed on. The box also included blueprints for the four fighter ships you could fly.

A Masterpiece, and a Turning Point