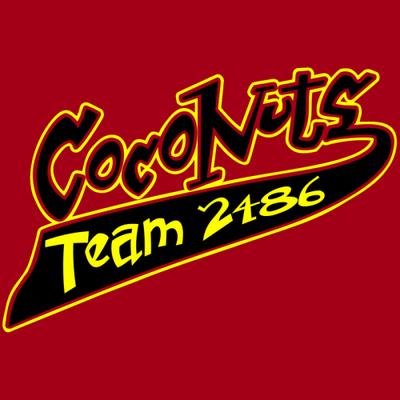 At its first in-person competition in two years, Coconino High School’s (CHS) robotics team, the CocoNuts, won the Engineering Inspiration Award at the Arizona North Regional Robotics Competition over the weekend, qualifying for the world championships in April.

The team is still working on its robot over spring break, making adjustments to prepare it for series of competitions taking place over the next month.

“We challenged ourselves a lot this year...and I would say that we were super competitive. We did really well despite our challenges and we learned a lot from it,” senior Noah Temprendola said.

The team was headed to volunteer at a Phoenix competition this week before traveling to regionals in Colorado and Utah, followed by the world championships -- which will take place in Houston in April.

“We’ll have one day of school [after spring break] and then we’ll leave again,” said freshman Kate Garrison. “So we have to make adjustments from the first competition that we’re about to go do."

The team wanted to take as much time as it could to prepare its robot, working on its autonomous program and climb mechanism.

In the two weeks leading up to the competition, coach Dave Thompson said the team was working after school every day until as late as 10:30 p.m., as well as coming in Saturdays and some Sundays “just to get it done.”

Preparing for competitions involves work on the robot, “improving and changing the code” and “lots of drive practice,” according to senior Ashton Mitchell.

“As you’re preparing yourself for a competition, you need to think of ways that it could go wrong, how could we compensate for that,” he said. "...It can always be better.”

Drivers practice skills like picking up and throwing cargo, and avoiding other robots on the field, while the programming members of the team work to automate as many processes as possible. For example, the robot’s targeting camera lines it up automatically and adjusts its shooting speed, making the robot more accurate and giving the driver less to think about.

“All we have to do is press a button and we eliminate all those thought processes the driver has to go through. It does it for us,” Mitchell said.

Zanzucchi and coach Christine Sapio both mentioned the sport’s culture of “gracious professionalism.”

“I always like to say it’s not necessarily about the robot,” Zanzucchi said. “It’s about the teamwork and the learning and the problem-solving. All the things that we're working on in education really comes together around the robot.”

A panel of judges interviews teams about their involvement in the community as well as their robots. They also use alliance matches, with three teams each randomly assigned to the red or blue side.

“It's really exciting to watch,” Zanzucchi said. “When you go to the Dome, the kids are really cheering each other on. ...It’s really uplifting because they want their robot to win, but they also work to support one another.”

The team qualified for the world championships by winning the Engineering Inspiration Award at the regional event that “celebrates outstanding success in advancing respect and appreciation for engineering within a team’s school or organization and community."

As part of its community service, the CocoNuts run the FIRST tech challenge program for Arizona and mentor teams of younger students at other district schools.

This weekend was “basically everyone’s first time,” competing, Temprendola and Mitchell said, as only five of the team’s seniors had been in competition pre-pandemic.

Sapio said they were lucky to have had a majority of sophomores on the team in 2020 who have stuck with the program and are now seniors. The team now consists of six freshmen, one sophomore, three juniors and 11 seniors.

The CocoNuts have qualified for the world championships all 15 years they have competed, including the two pandemic years.

Temprendola said they had been thinking of the regional as a scrimmage.

“It was a way for us to figure out what has to be done and how to really play the game," he said.

He added: "It went extremely well for basically being everyone’s first time in three years.”

The CocoNuts came in 11th in the robot games overall this weekend and its alliance made it into the quarterfinals.

“You expect the game as much as you can when you’re building in your own space, but it’s nothing compared to actually being on the field and actually playing,” Garrison said. “There were a lot of things we had to figure out and some things that we didn’t really think about going into it. …All in all, it was a really good competition and I think we did really well.”

Teams received a box with the year’s competition instructions in January and then had six weeks to design and build a robot able to complete the year’s tasks before competitions start.

This year’s game is called Rapid React, and, being sponsored by the Boeing Company, has an aviation theme.

The goal, Mitchell said, is to launch 9.5-inch balls into either a high or a low port.

“It literally had to be planned, designed, [modeled in a 3D computer-assisted drafting program]...and then we had to order the parts we needed, machine it, put it all together and then start testing,” Thompson said of the building process, which he said is done primarily by the students.

This year, the team focused on the robot’s consistency in picking up the balls from the field and shooting them into the port, Garrison said.

“We spent a lot of time getting that to work consistently,” she said. “...The model that we did was a quarter of an inch off based on what we did for the actual physical robot. So it caused a lot of issues with angles, but we were able to get it figured out.”

The first 15 seconds of the two-minute, 30-second game is called the autonomous period, where the robots try to score points without input from the drivers. They then become driver-controlled, scoring as many points in the baskets until the last 30 seconds, when additional points can be scored by robots climbing on four rungs of a “sloped monkey bar,” as Mitchell called it. The highest, or traversal bar, is 7 feet in the air.

The CocoNuts’ robot can currently only reach the second, or mid, level, Mitchell said, “but we would really like to be able to reach to the high and traversal levels as well. That’ll take some more improvements.”

“This robot’s really cool,” Temprendola said, noting that its field-centric design, which lacks a defined front and makes it easier to drive.

“It’s really fast and it’s really maneuverable because it has a swerve drive,” he said. Similar to a shopping cart, the robot’s front wheels are able to rotate 360 degrees. “...It knows exactly what angle it’s at and what speed it’s going. It can basically move in all directions without having to rotate.”

He is the team’s lead driver, steering the bot and picking up the cargo. Mitchell is the co-driver, operating the shooter and climbing mechanism. They both use gaming console controllers to do their jobs, allowing for ease of movement and plenty of buttons to connect to the robots various operations.

“It’s stunning to watch him maneuver this bot,” Thompson said of Temprendola's driving for the team. “You will just be floored watching it as two other bots are trying to pin him and stop him. He’ll just sit there and spin away from them and [put] in two balls and grab two more and get ready as they come running over and try to play defense against him.”

Garrison’s job is to feed balls to the robot during the autonomous period, rolling from a human player station at the side of the field.

She “only has a second to make sure that it is ready to go and in position,” Thompson said.

Temprendola said having time to make tweaks between competitions meant that “we’re going to be really strong in Denver.”

“We know what to expect going in and we know what we need to do,” Garrison added.

After returning from the world competition, the CocoNuts plan to bring their robot to the community STEM Celebration, set to take place April 30 at Fort Tuthill County Park.

Get our local education coverage delivered directly to your inbox.

* I understand and agree that registration on or use of this site constitutes agreement to its user agreement and privacy policy.

Email notifications are only sent once a day, and only if there are new matching items.