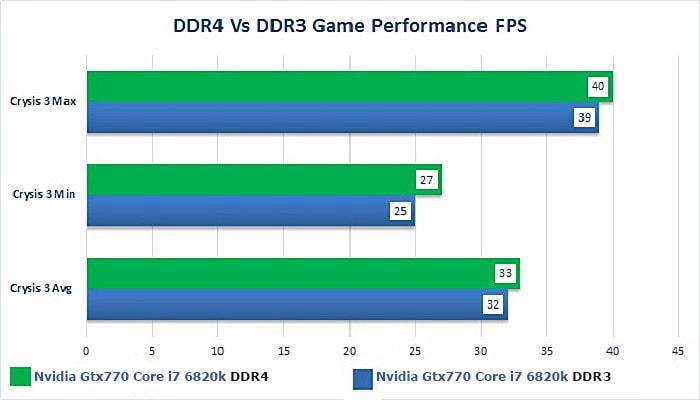 DDR3 vs. DDR4 RAM in gaming

For the average gamer, DDR3 is most often referred to as a token of the past, and DDR4 is near-necessity when building a new or upgrading an existing PC. But what’s the difference between the two, and is the latter truly a necessity?

In short, the difference between Double Data Rate Third generation (DDR3) and Double Data Rate Fourth Generation (DDR4) is energy efficiency and transfer speeds. For gaming purposes, those transfer speeds are all you should really focus on since the energy saved by upgrading 16GB of RAM from DDR3 to DDR4 is minimal. But let’s take a deeper look and see why DDR4 is worth the extra price and why it’s become the standard in modern rigs.

When playing contemporary AAA titles, it’s important to have enough Random Access Memory (RAM) for the game to use when feeding your system information that needs to be pulled quickly. In contrast to a graphics card or CPU that give your computer a scaling performance-to-price ratio, RAM is far more binary in terms of how it benefits your PC.

To simplify this concept, imagine playing Red Dead Redemption 2 on a rig with a $100 CPU and a $100 graphics card. Let’s assume you manage to pull 30 frames per second (fps) with this setup. If you were to spend money on a $300 CPU and graphics card, it’s very plausible that the 300-percent increase in price for your components would manage to pull around 90fps. This indicates the price-to-performance ratio scales with relative accuracy for the average PC build.

What you cannot do is take that same principle and apply it to RAM. If you play RDR2 at 30fps with that same rig and 8GB of DDR3 RAM on an older motherboard, you won’t be able to see a performance difference by upgrading to 8GB of DDR4 on a modern motherboard unless you’re using advanced software to benchmark. This is because the performance increase RAM provides—for most people and in most situations—is usually binary. You either have enough RAM, and it’s going to do its job, or you don’t, and you won’t be able to play your game reliably. 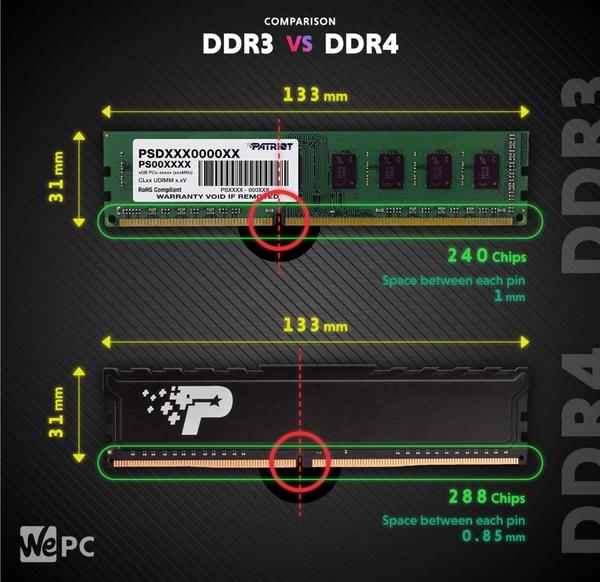 Well, two reasons. Firstly, games aren’t the only thing that will take up your RAM usage at any given point. Your operating system, background tasks, or opened applications all take up some amount of RAM on their own, meaning a rig with 8GB of RAM won’t necessarily be able to handle a game with 8GB listed as its minimum requirement.

Additionally, that binary rule doesn’t always apply. In a game like Fallout 4, which is known to have some strange performance issues, your RAM speed makes a pretty big difference regarding frame rate during gameplay. This is likely because Fallout 4 is a CPU-intensive game, and it’s the job of the RAM to feed info to the CPU.

But how could you know ahead of time that your RAM speeds could be key to enjoying Fallout 4? Well, you probably couldn’t, unless you’re well versed in computer components and researched how Fallout 4 was developed. Not knowing is pretty much the core argument for having a good set of RAM sticks placed in your PC.

You never know if a game will have a strange relationship with your RAM’s transfer speed, and DDR4 RAM can get nearly double that of DDR3. You never know if you’re going to have enough RAM available at all times when playing your favorite games. You just never know.

In fact, the only thing you can know is as game development goes through its natural evolutions, more computing performance will be required. Back in 2010, everyone and their mother would tell new-to-PC players that 4GB of DDR3 is enough, and 8GB is more than you’ll ever need. And for the time, that saying held true.

Today, developers are creating games like Red Dead Redemption 2 that don’t just require a minimum of 8GB of RAM but actively suggest that customers have at least 12GB. And as time progresses and developers continue to push the envelope of what computers can handle, those who skip out on RAM will be forced to upgrade later.

It also saves gamers the headache of finding a motherboard that’s compatible with modern processors and GPUs while also allowing for DDR3 RAM. Since safeguards prevent DDR3 RAM from fitting into a DDR4 slot on contemporary motherboards, there’s no way around using an older board.

So what does all of this mean? It means you should grab two 8GB sticks of DDR4 RAM, look up how to take advantage of dual-channel support on your respective DDR4-enabled motherboard, slot those bad boys in your PC, and forget about them for the next decade.

This will ensure that the only thing bottlenecking your PC’s performance in any game is your CPU or GPU. Or, if you’re using an accelerated processing unit (APU), which draws virtual memory from your system’s RAM, you’ll get a nice increase in performance until upgrading to a dedicated CPU/GPU rig. Your PC will be future-proofed, your games will have all the memory they could want for generations to come, and you can open up multiple applications on your computer while gaming without sacrificing performance.

The difference between DDR3 and DDR4 RAM for the average gamer isn’t just found in performance. The upgrade from DDR3 to DDR4 is more beneficial for removing the needless stress and worry that comes with gaming on older hardware. A budget APU might struggle to cross the finish line with modern games in 5 years, but a PC running on budget RAM today will outright fail in the same contest. Even if you’re trying to be as cheap as possible, don’t skimp out on the RAM. You’ll thank yourself soon enough.