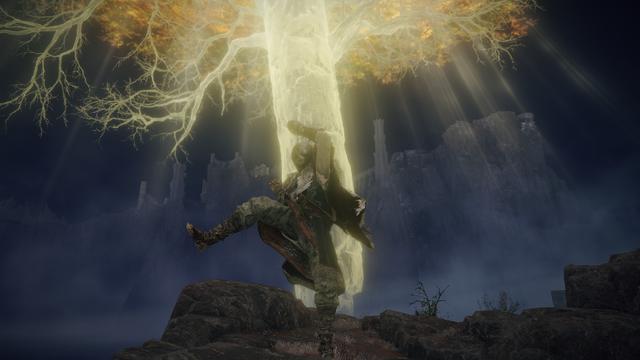 Elden Ring is in desperate need of a photo mode

FromSoftware's oeuvre is full of games that beg to be stared at, and with Elden Ring the studio has built its most impressive world yet, never letting a vista pass by without plonking something impressive in there for us to gawk at. The Lands Between is a place of endless eye candy, between all the nightmarish monsters and toxic swamps. So why can't I take a good screenshot?

The lack of a photo mode is so much more noticeable and regrettable in Elden Ring not just because it's so damn striking—it also gives you the space and time to explore its sights without risking death with every screenshot. Thanks to Torrent, your steed, you can escape most dangers when you're outside of the game's many dungeons, making it much more likely that you'll take detours for the express purpose of getting a great holiday snap.

But that is incredibly hard to do without a dedicated system. Take, for instance, the screenshot I used at the top of my last Elden Ring feature. It's all about relaxation, so naturally I used the sitting emote. Unfortunately, I can't re-centre the camera, so my character is stuck right at the bottom of the lower half, leaving a big empty space at the heart of the screenshot. 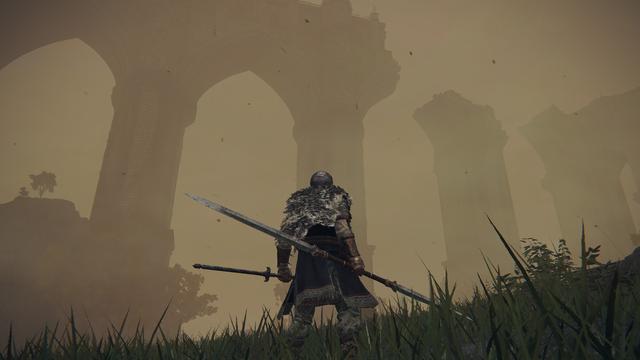 I'd be content with a photo mode that simply loosened the shackles trapping the camera in a close orbit of my character. Just let me move it up or down a little bit and that would do wonders for my screenshots. We're not talking about a completely unlocked camera here—just the absolute essentials. Don't get me wrong, I'd be happy with complete camera freedom, but the ability to get more information about your surroundings would turn the photo mode into something of an exploit.

The only concessions to digital photographers probably weren't made for us at all. First off, there's the ability to hide the HUD. Great for screenshots, sure, but mainly designed for players who want an extra level of challenge. And then there's the telescope, which lets you zoom in on stuff in front of your character. If you want to capture one of the Lands Between's many stunning views, this is definitely helpful, but it's useless if you want your character in the shot.

Elden Ring's open world is restrained in comparison to, well, pretty much every open world in the last decade. You're not bombarded with bullshit, you don't need to spend hours hunting down hundreds of useless collectibles—there's a point to everything that's more than just padding. But this is one increasingly common open world feature that's unequivocally great. And the game deserves it. It wants to be shown off.

Maybe modders will save us from the lack of photo mode. It's only thanks to them that the first Dark Souls was comfortably playable on PC, so this would probably be small potatoes. Or maybe not! I haven't made mods since the original Neverwinter Nights, so what do I know? At the moment, we've got plenty of reshade mods, but not much else, so we'll just have to wait and see.

In the meantime, I'll just have to look at my screenshots and feel a wee bit sad, which I guess is the vibe that most FromSoftware games try to evoke. Maybe if I promise to still be sad regardless (very easy) they'll give us the photo mode? Just say the word, FromSoftware—give us our photo fix and I'll squeeze out a few tears.