Elden Ring Legendary Armaments trophy or achievement glitched or not unlocking? Here's what you need to know

Elden Ring is a recently released action role-playing game developed by FromSoftware and published by Bandai Namco Entertainment. The third-person game is made in collaboration with George R.R. Martin.

In case you are unaware, the gaming studio has developed other games such as the Souls series and Sekiro: Shadows Die Twice. It takes place in the Lands Between after the destruction of the Elden Ring.

But as is the case with new games, issues such as the Heytta quest bug where Vyke isn’t invading and the Bloody Finger Okina not spawning glitch has negatively affected the gameplay experience for many.

And now, recent reports (1,2,3,4,5) from Elden Ring players suggest that the Legendary Armaments trophy or achievement is glitched and not unlocking at the moment. Many say they are unable to complete it no matter what.

The bug seems to be really angering a lot of players. Some say they tried reinstalling the game but to no avail. 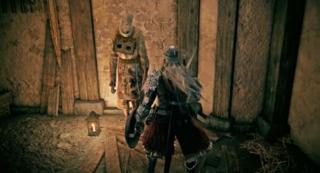 Is anyone on playstation able to help me out? I picked up all the legendary armaments and didn’t get the trophy. I tried dropping a few and picking them up and they disappeared from my inventory… Could someone drop me the armaments? I’ll give them back right after.(Source)

I’m trying to get all achievements but unsure if I can even do so now. I played without any spoilers but after I finished the game, I learned I missed SO MANY NPC QUESTS. I have like 33/42 achievements and have no idea if I can even get them all or if I would need to start a new run. I know I currently still need to find all legendary armaments, talismans, ashen remains, sorceries and incantations so I’m assuming I just need to find them. As for the remaining secret achievements, I have no idea. Thanks!(Source)

Unfortunately, Elden Ring developers (FromSoftware) are yet to comment on the matter. However, we did come across a workaround that might help complete the Legendary Armaments glitch.

just 100% got a fix for the legendary armamentsI’m not sure anyone else is yaving the issue, but I missed two legendary armaments on playthrough 1, and when I picked them up in ng+ the achievement didn’t pop. However, I used inventory to leave all the weapons I got on playthrough 1 on the ground and picked them back up and ding achievement popped.(Source)

In case you are still confused what to do, you can also watch the video below to see how to unlock the Legendary Armaments trophy.

If the aforementioned workaround helped you unlock the Legendary Armaments trophy or achievements, do let us know in the comments down below.

Note: We have more such stories in our dedicated Gaming Section so be sure to follow them as well.

PiunikaWeb started as purely an investigative tech journalism website with main focus on ‘breaking’ or ‘exclusive’ news. In no time, our stories got picked up by the likes of Forbes, Foxnews, Gizmodo, TechCrunch, Engadget, The Verge, Macrumors, and many others. Want to know more about us? Head here.