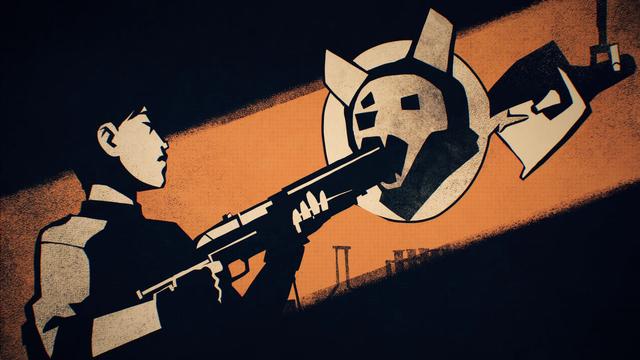 How many games have you finished this year?

Find all previous editions of the PCG Q&A here. Some highlights:- When's the last time you looked up a walkthrough?- What games have you bought more than once?- Do you think the Steam Deck will succeed?

It's OK if you don't remember the exact number—that'll mostly be an excuse for Fraser to show off, since apparently he writes them down. In a spreadsheet. Everyone else, give me a rough estimate, that's fine. It's not the number that matters—what I really want to know is, did you spend this year playing more games than usual or did you fall back on old favorite forever games to help you get through? Feel free to count games you finished on other platforms, if you want. A phone's just a computer you can play in the bathroom anyway.

How many games have you finished this year?

Here are our answers, plus some from our forum.

Phil Savage, Editor-in-Chief, UK: I've finished 20 games so far this year, although most of those in the first six months. I did start the year planning to keep up with 2021's releases, but that didn't really pan out. The only ones I've actually completed are Hitman 3, Deathloop, and Forza Horizon 5, two of which I reviewed. Instead, I spent more time trawling my backlog, and finally completing a couple of games I'd left languishing near the end. Mafia: Definitive Edition, Control, Yakuza: Like a Dragon and even Shadowrun: Dragonfall all finally saw completion. Then, a few months back, I got back into Apex Legends and Guild Wars 2, a couple of forever games that—along with Destiny 2—pretty much ensured I wouldn't be finishing anything else for the rest of the year. Maybe next year, eh?

Mollie Taylor, Trainee News Writer: Uhh... maybe five or six? Turns out it's a lot harder to churn out 30-odd games in a year when you're an adult with a full-time job rather than a uni student in the middle of a pandemic. My playstyle's also shifted quite significantly—I'm usually a huge single-player gal, but this year I've really embraced diving into multiplayer games with my pals. It means I've spent a decent amount of hours gaming in 2021, but not a lot of those spent in games that have a concrete end. I also really got back into Final Fantasy 14 a few months ago, so my body, soul, and all my free time now belong to the MMO overlords. Apologies to all the fantastic solo experiences I've let fall to the wayside.

Nat Clayton, News Writer: Does completing two Apex battle passes count? More than I reckon anyone else here, my year was defined by getting really, nonsensically obsessed with multiplayer shooters. I was a competitive Splatoon 2 player all through spring, and I've played so much Halo 3 that Master Chief keeps appearing in my dreams. Apex Legends has taken over my life absolutely, a fixation that's seen me spend agonizing nights chasing ranked rewards and an irresponsible amount of money commissioning a Horizon costume.

Even the singleplayer games I played were largely endless—Teardown has a story but I've spent far more time messing around with mods, while Townscaper is less a game and more a coastal architecture toy. Unbeatable won't be done for years, and Session probably never will be. The one game I can say with certainty I did beat was Sable, and god, I'm so glad I saw Sable through to completion. Please play Sable.

Robin Valentine, Print Editor: I think it genuinely might be none. I've really flitted from game to game this year, and put a lot of time into games that can't be finished (like Legends of Runeterra and Stellaris) and games that can be finished but only by teenagers and the unemployed (Assassin's Creed Valhalla). I think lockdown really made it hard to stay focused and stick with something, for me, as well as driving me towards familiar old games rather than new releases. And now that GOTY time is fast approaching, I'm jumping around more than ever trying to get a taste of all the big hitters I missed.

I completed I think two Wildermyth campaigns, if that counts. Just ignore the fact that there are four or five others I've barely dug into yet...

Lauren Morton, Associate Editor: I think it might be 0 for me also. I too spent this year playing a lot of games that you don't exactly finish—Phasmophobia and Valheim, mostly. There was also some Red Dead Online and Sims 4 and such in there. I can name several things that I've played and wound up putting down at about the 90% mark: Chasing Static, Tales of Arise, and even Toem, which I adored. I don't know what it says about my year that I just dropped multiple things I enjoyed right before the finish line. Ah well, I'll do better next year.

Laurent Aitken, Deputy Guides Editor: I've managed to finish six games this year, including two Ubisoft games. Rangers have yet to win the Champions League in Football Manager 22, though. 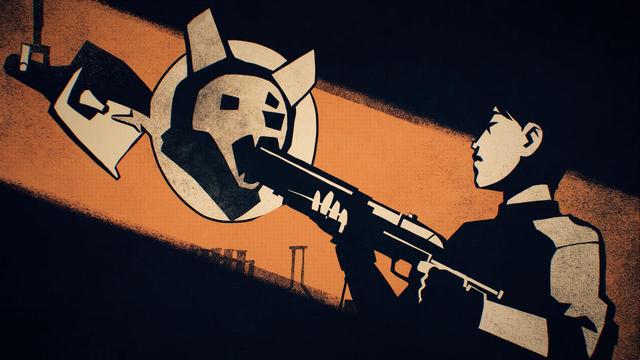 Tyler Colp, Associate Editor: I've finished a handful of games this year, but wasn't necessarily enthused about any of them. I have a bone to pick with Deathloop! The exact count might be somewhere around three or four. Those few games were squeezed in between playing and watching rounds of Overwatch, gawking at the new Genshin Impact characters and locations, and, of course, rewatching my favorite Souls game playthroughs. I'll be honest, everything I played is just to bide the time before for Final Fantasy 14: Endwalker.

Andy Chalk, News Hammer: As near as I can tell, uhh, two. The Witcher 3: Wild Hunt, which I started playing in late 2020 and finally wrapped up in September 2021 (390 hours, every one of them glorious), and Strangeland, a bizarre point-and-click adventure from Primordia developer Wormwood Studios. I sometimes wish I could be more efficient and attuned to the latest and greatest game of the moment, but I've come to accept that it's not in the cards for me. This is how I play: I find a world, and I embrace it fully—and if it's a 100-hour monster, well, I guess I'll see ya when I see ya.

Jody Macgregor, AU/Weekend Editor: About 25, I think? Mass Effect Legendary Edition counts as three, obv. I live in a city that just came out of a 263-day lockdown so I had even more time to play videogames than usual, but the two Pathfinder CRPGs (I reviewed Wrath of the Righteous and replayed Kingmaker to get the secret ending), took up a fair chunk of those bonus sitting-around-the-house hours.

Fraser Brown, Online Editor: I've finished 33 games so far this year. It's amazing what you can do when you're stuck inside all day and sad! Last year I ended up finishing 44, a record I'm probably not going to beat anytime soon.

I used to be pretty bad at finishing games unless it was for work because my attention span ain't great. I'm always on the lookout for a new, shinier diversion. I also kept getting obsessed with MMOs or other live service games. Then I started tracking my completed games on a spreadsheet like a huge dork and suddenly I could actually stick around until the credits. The point isn't to finish a specific number of games, the spreadsheet isn't meant to create pressure, it's just a bit of encouragement. So I'm not just tearing through my library of short games. I've finished wee things like Alba: A Wildlife Adventure, but I've also wrapped up several dense RPGs, like the superb Judgment. And amid this I've still managed to juggle a bunch of MMOs. In October, when I was playing New World for 12 hours a day for the review, I was able to finish two other games. I don't know how.

I should probably get some new hobbies.

Tim Clark, Brand Director (and Destiny 2 tragic): My client will be taking no further weekend questions at this time.

Colif: Zero, same as last year... but I tend not to play games that have endings. I used to play Journey, it only runs for 90 minutes. So I guess I completed it hundred of times in a year, but does it count if you keep playing?

I guess one month playing Diablo 2 Resurrected is more than normal. Some years I don't play anything, last year I got a new PC and had to play something to see if it was worth the effort. But for most part I played games I already owned and torchlight 2 only ends when you had enough. I don't like games that end as then you have to find something else to do.

But looking back I went on a game finishing TEAR last November. I'm real close to finishing DOOM Eternal and could see myself knocking out It Takes Two and House of Ashes with the wife, wrapping up Titanfall 2, and digging into Assassin's Creed Odyssey to grind it through. That is if BF2042 doesn't eat up all my time.

Johnway: With the last game you completed forum topic I can identify which games I completed. Coming close to 20(!) games on my PC, my retroarch, handheld consoles etc and that's not including the various Doom2 wads I finished.

With an ever growing gaming collection I have little choice but to keep playing the unplayed games. It has its benefits as I play something fresh and new each time. But that said, I did go back to my gaming crack of choice Path of Exile whenever there was a new league trying to bag myself some rewards. Each time the league starts I have to play through the 10 act story.

So did I finish more games compared to previous years? Not sure, I haven't kept track of the games I completed previous years and I can skew most of the stats by blasting through my indie games.

Sarafan: I have a slight problem with finishing games for some time, but managed to do it at least a few times this year. The most recent ones are Disco Elysium and Ghostrunner. Earlier this year there was Control and the whole Metro franchise. I also finished some shorter indie games like Amid Evil and Dusk as well. What's more, I played and finished for the second time at least one older title - Pillars of Eternity 1. I'm sure there was something more. It's not a bad record given the fact that I had less time to play games this year. Basically I've focused on newer titles because in the end of the last year I changed my PC to a new one. I had to justify to myself the upgrade somehow...

Pifanjr: One main game and two browser games: I finished a vortex campaign as Settra in Total War: Warhammer 2 and I completed the 12(?) levels of Creeper World: Abraxis and A Dark Room. I think I also completed a single player adventure from Hearthstone somewhere at the beginning of the year.

I've had very little time to play this year. I'm hoping next year will be a bit better.