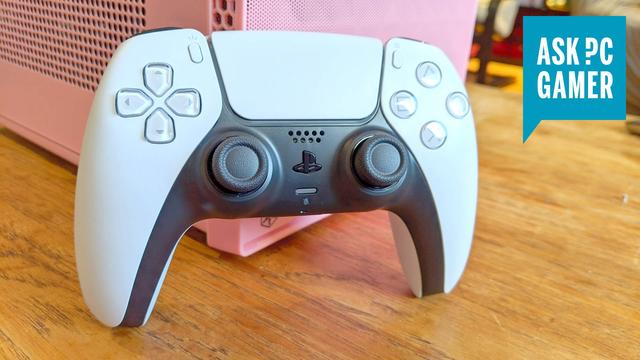 How to use a PS5 DualSense controller on a Windows PC

Crossing the streamsUsing a PS5 controller with your PC games isn't actually that hard.Richard Devine

The obvious choice when looking for the best controller for PC gaming is Microsoft's own Xbox controller. It's natively supported in Windows 10, connects over Bluetooth, and is, let's face it, the best design for a controller.

How to connect the PS5 DualSense controller to a PC

You've got two choices here. You can play wireless over Bluetooth or wired. Both are possible, though obviously, the easiest solution is to just plug in a USB-C cable and be on your merry way.

If you want to connect the PS5 DualSense controller over Bluetooth, here's what to do.

The controller is now ready to game with, and the easiest place to do that is Steam.

How to use the PS5 DualSense controller with Steam

The easiest way to use a PS5 controller on a PC is through Steam because Steam has built-in native support for the DualSense. That means any game you run through Steam can use it and configure it properly.

Before you can use it, though, you'll need to enable it.

That's all you need to do to enable support for the PS5 DualSense controller in Steam. It'll now just work by default. Button mappings will likely match the Xbox controller, but you can set custom configurations, too.

Press the PlayStation button on the controller when in a game and the Steam Overlay will appear, allowing you access to the configuration menu. 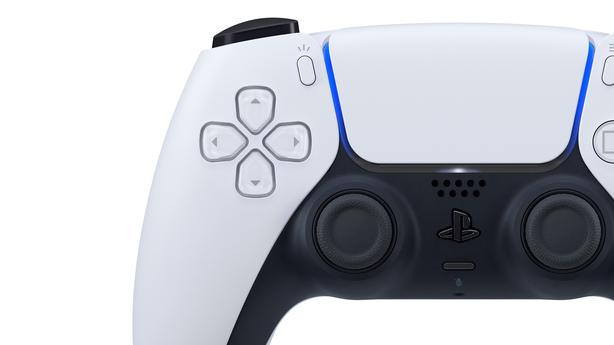 Of course, this is all well and good for Steam, but what about games that aren't in your Steam library? The good news is you can play those through Steam as well and take advantage of this easy controller configuration.

Click on Games in the Steam menu bar and choose Add a Non-Steam Game to My Library. From here you'll either see the games that Steam can locate on your system or you'll have to browse to the folder they're downloaded to. Either way, select the games you want and they'll be added to your Steam Library as Installed Locally. From there, you're free to launch them through Steam and use the tools it has at its disposal.

How to use the PS5 DualSense controller with Microsoft Store games

Unfortunately, games from the Microsoft Store won't work with the PS5 DualSense controller without a little outside help. But on the positive side, there's a third-party tool that will do all the heavy lifting for you. It's called DS4Windows and you can download the latest iteration from its Github repository.

What this app does is install some drivers that will trick Windows 10 into believing the DualSense controller is a supported controller. As it happens, it appears to translate as an Xbox 360 controller, but that doesn't really matter. What matters is that it works. You can create custom profiles in DS4Windows if you wish, but it's not required and you can adjust in-game settings on a title-by-title basis as you might do on a console.

Hook up your PS5 controller to your PC using one of the methods detailed above. Download and extract the DS4Windows app, and launch it. It's a good idea to head straight into the settings and tell it to launch at startup (and minimized if you don't want to see it) to avoid having to open it manually. You'll be prompted to install some drivers, so go through those, and then ensure that Start has been enabled. You might need to reboot your PC and re-connect the controller after you first install the drivers.

Assuming all goes to plan, DS4Windows will now recognize your controller. From here on out you just need to load up your games and, well, play them. You don't need to do anything else.

Using an Xbox controller is still probably the best way to get gamepad inputs into your PC games, but if you don't have one of those and you do have a PS5, then this is a perfectly fine alternative.

Steam makes everything easiest, but with a little outside help, even games from the Microsoft Store will play perfectly with Sony's controller.

Sony's PS5 controller is a perfectly good tool to play PC games with if you don't have an Xbox controller, especially if you play mostly in Steam.

Java and Bedrock versions of Minecraft both have rather low PC system requirements, but that doesn't mean a more powerful PC can't make the experience far better. Here are the best pre-built PCs for Minecraft.

Richard Devine is an Editor at Windows Central. A former Project Manager and long-term tech addict, he joined Mobile Nations in 2011 and has been found on Android Central and iMore as well as Windows Central. Currently you'll find him covering all manner of PC hardware and gaming, and you can follow him on Twitter and Instagram.