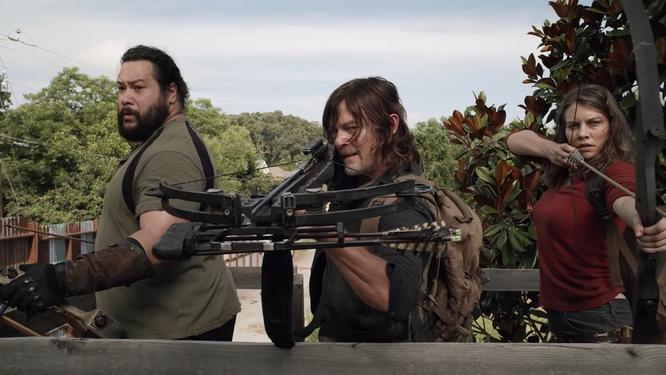 How to watch The Walking Dead Season 11, Part 2 online: Where to stream, release dates and trailer

AMC’s The Walking Dead has been a TV staple to many since its premiere back in 2010. And as the show’s eleventh and final season draws to a close, fans are desperate to see how showrunner Angela Kang handles the end of an era. With just 16 episodes to go, we want to make sure you don’t miss a thing. So, if you’re looking for how to watch The Walking Dead Season 11 online in the U.S., U.K., Canada or Australia, we have you covered.

While The Walking Dead is nearing its end, there’s still plenty of life (and death) left in the franchise yet. Fear the Walking Dead has recently been renewed for an eighth season, and all-new shows like the Tales of the Walking Dead anthology series and an untitled Daryl & Carol spin-off are currently in pre-production — and that’s without mentioning the trilogy of Rick Grimes-focused cinematic releases still to come.

However, the show isn’t over until it’s over and there’s still a lot to see in the coming weeks. How will the uneasy alliance between Maggie (played by Lauren Cohan) and Neegan (Jeffrey Dean Morgan) end? Will the survivors ever see Rick (Andrew Lincoln) again? Will Daryl’s (Norman Reedus) dog meet a grisly end? And what does the foreboding presence of the Commonwealth mean for the residents of Alexandria and Hilltop? We can’t say for sure how anything will play out, but we do know how you can be among the first to find out. Read on to find out how to watch The Walking Dead Season 11 online.

How to watch The Walking Dead Season 11, Part 2 online in the US and Canada

Walking Dead fans can catch the latest episodes of Season 11 through their pre-existing cable packages as they broadcast on AMC/AMC Canada every Sunday from February 20 at 6PM PST/9PM EST. Not a cable customer? Don’t fret, you can also watch AMC across a range of streaming services likeSlingandFuboTV.

However, if you want to catch the latest episodes before anyone else, you’re going to need anAMC+subscription. Members of AMC’s On Demand service gain access to episodes one week in advance, meaning they can begin watching the latest installment of The Walking Dead Season 11 every Sunday from February 13 at 12AM PST/3AM EST.

Host to thousands of hours of series and films, AMC+ is a premium streaming bundle that contains a horde of AMC, BBC America, IFC and Shudder content. You can access AMC+ through popular platforms like Apple TV, Xfinity, or Roku for $8.99 per month, and signing up through Amazon Prime Video will net you a 7-day free trial of the service with full access to the AMC+ On Demand library.

How to watch The Walking Dead Season 11, Part 2 online in Australia

With AMC+ now available in Australia there’s a fantastic way to access all the latest episodes of The Walking Dead online a week earlier than other On Demand services and cable providers. Due to the differing time zones, Australian subscribers to AMC+ can watch the latest episodes a week in advance from Monday, February 14 at 1 p.m. AEDT. 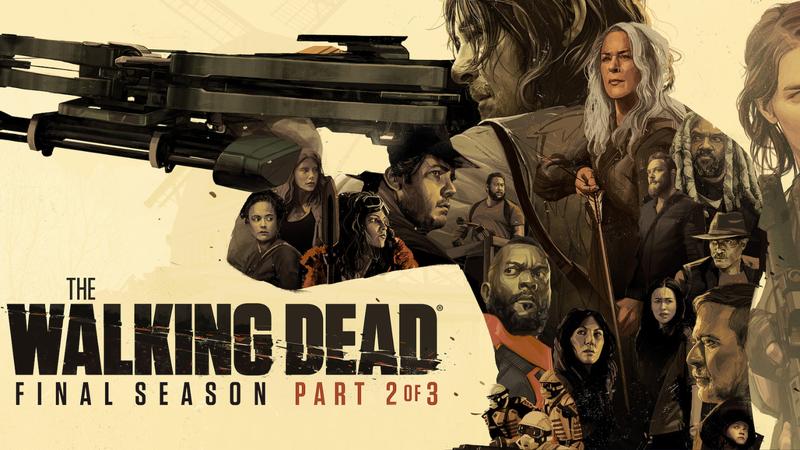 If you’re happy to wait for the regular premiere of each episode, you can also catch the latest episodes without an AMC+ subscription onBINGE. Every season of The Walking Dead can be accessed through the service, including the latest episodes that’ll be added to the streaming platform Mondays from February 21 at 2:30 p.m. AEDT.

Australian streaming service BINGE offers a free 14-day trial to new customers, allowing access to over 10,000+ hours of movies and TV shows. BINGE is a great no-lock-in contract service that allows for ad-free on-demand streaming across a range of devices. There are three subscription plans that range in price from $10-18, with the top two tiers allowing high-definition streaming and multi-device support.

If you’re a Foxtel cable subscriber, you can also watch new episodes premiere onFoxtel ShowcaseMondays from February 21 at 1:30 p.m. AEDT, or later in the evening at 7:30 p.m. AEDT. Episodes of The Walking Dead Season 11 are then accessible online via Foxtel’s On Demand serviceFoxtel NOWshortly afterward.

If you’re new to the Foxtel NOW streaming service you can enjoy a free 10-day trial that includes all of Foxtel NOW’s content packs. It opens up over 70+ live channels and access to an impressive library of On Demand movies and series. Signing up to Foxtel NOW before March 2, 2022 will see you rewarded with a hefty discount on your first three months of membership.

How to watch The Walking Dead Season 11, Part 2 online in the U.K.

If you live in the U.K. and want to stay up to date with The Walking Dead Season 11, you’ll have fewer options to turn to and a slightly longer wait. The only way to watch the show in the U.K. is through aDisney+subscription, with all past and future Walking Dead series being made available through the Star content hub. The latest episodes of Season 11 will be available to stream every Monday, at 8 a.m. GMT from February 21.

Disney+: Save over 15% on annual subscriptions

Everything Disney, Pixar, Marvel, Star Wars and more all under one service. Disney+ is a streaming service offering thousands of films and series from around the globe, with more added each month — including exclusive originals you can’t see anywhere else, like Hawkeye and The Mandalorian. Subscriptions begin at just £7.99 per month, with savings of over 15% on annual subscriptions.

How many episodes does The Walking Dead Season 11 have?

Back in September 2020, AMC confirmed that the eleventh and final season of The Walking Dead would consist of three, eight-episode parts spread out over a two-year broadcast period. The final tally of 24 episodes will be the largest in the show’s history and promises plenty of drama to come before the curtains close on its 12-year run.

The first part of The Walking Dead Season 11 began August 22 and ran for eight episodes, ending with “For Blood” on October 10, 2021. The show then entered a four-month hiatus, with the second part of Season 11 due to deliver a further eight-episode run starting February 20, opening with the season’s ninth episode titled "No Other Way."

Episode 16 of Season 11 will air in April of 2022, bringing with it another short hiatus before returning sometime in late 2022 for its final installment of eight more episodes.

The Walking Dead Season 11, Part 2 release schedule: When will new episodes be released?

In the U.S. and Canada, new episodes of The Walking Dead will be broadcast every Sunday at 6 p.m. PST/9 p.m. EST on AMC, or be made available On Demand on the same day at 12 a.m. PST/3 a.m. EST on AMC+. Episodes will be released in the U.K. and Australia a day later, being made available every Monday at 8 a.m. GMT on Disney+ in the U.K., and at 1 p.m. AEDT on AMC+ in Australia.

Australians can also watch the latest episodes through their cable subscription every Monday on Foxtel Showcase at 1:30 p.m. AEDT, with episodes also being made available for streaming via Foxtel On Demand and BINGE shortly after.

The following is the release schedule for The Walking Dead Season 11 for those watching in the U.S., U.K., Canada and Australia:

NOTE: Those subscribing to AMC+ will be able to stream episodes one week earlier than the above dates.

AMC has yet to confirm any dates for the final installment of Season 11 of The Walking Dead. However, in keeping with similar airtimes, the show’s final run of episodes could begin sometime in August of 2022.