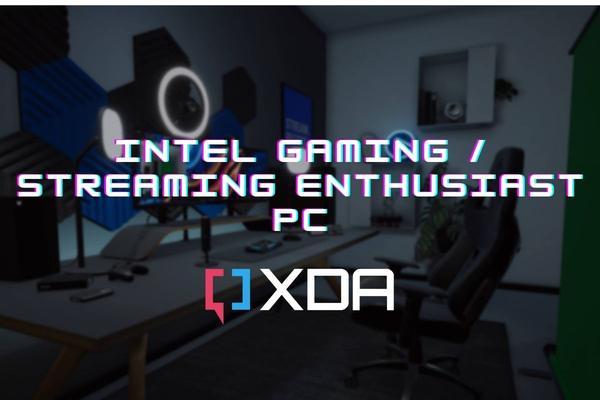 Streaming has seen has exponential growth over the last few years. Twitch alone has millions of active streamers with more on the rise in other platforms like YouTube, Facebook Gaming, and more. With that in mind, we’ve decided to put together a streaming PC guide for those who are interested in setting up their own channel to stream games. In this Intel streaming PC guide, we’ll take you through some of the best parts you can grab to build your own streaming setup.

It’s worth pointing out that we’re building a single PC setup for streaming, so the idea is to have components that are powerful enough to handle gaming and streaming simultaneously. This is an Intel-based build which means we’re going to use an Intel processor and a compatible Intel platform for this build. You might want to check out our AMD gaming/streaming PC guide if you’re leaning towards an AMD build. With that out of the way, let’s get started with the build, shall we?

Intel’s new 12th-gen Alder Lake chips offer a significant performance improvement over the older CPUs, so it’s really hard to ignore them while considering a new Intel-based PC build in 2022. We think the Core i7-12700K is perfect for this build mainly because it’s a step above the Core i5-12600K and it also matches the general performance of the Core i9-12900K. The new hybrid architecture pays huge dividends to offer impressive single and multi-threaded performance, allowing the 12700K to easily stretch its legs against the Ryzen 9 5900X and the 5800X. This is the CPU to get if you’re not necessarily chasing the best of what Intel has to offer in the form of the Core i9-12900K. Also, the 12700KF is essentially the 12700K CPU without integrated graphics. We already have a discrete GPU for this build, so it’s better to purchase the 12700KF and save a few dollars that can go towards the GPU or other core components.

For GPU, we recommend picking up the Nvidia GeForce RTX 3080. This is a fantastic graphics card that’s also a part of our collection of the best graphics cards to buy. We understand it’s not exactly easy to buy an RTX 3080, or any graphics card for that matter, due to the very limited availability of stocks. Our recommendation would be to either wait for the prices to stabilize or simply buy a prebuilt machine to avoid paying an absurd amount of money to scalpers. Either way, we think the RTX 3080 would be the best GPU to pair the 12700K with for the best gaming/streaming experience. You’ll need a powerful graphics card to handle games as well as stream encoders simultaneously and we think the RTX 3080 is perfect for this task. 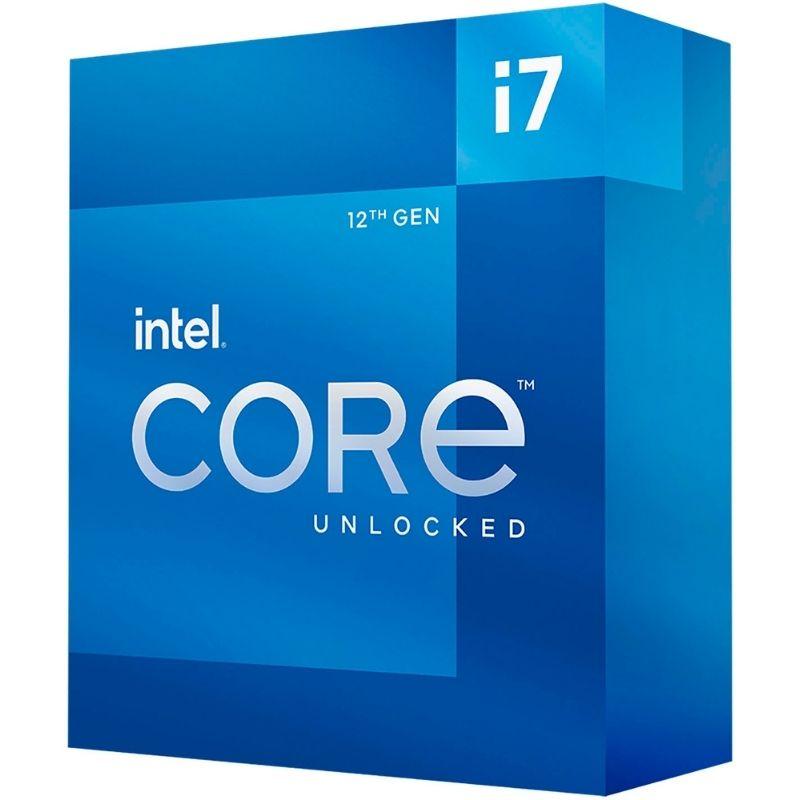 We recommend picking up the Gigabyte Z690 Aorus Pro motherboard for this particular build. As mentioned in our review of the Z690 Aorus Pro motherboard, this particular board is capable of handling even the more demanding 12900K CPU despite being a few hundred dollars cheaper than a lot of other Z690 motherboards. The Z690 Aorus Pro comes with a reliable VRM for a stable power supply, an LGA1700 CPU socket, support for DDR5 memory, PCIe Gen 5 slot, and more. This is one of the few Z690 motherboards out there that doesn’t cost a fortune to support next-gen features. Gigabyte also sells a DDR4 version of this motherboard, so you also get an option to pick between DDR4 and DDR5.

Regardless of the processor you pick, it’s important to pair it with a high-end CPU cooler to ensure optimum performance. We recommend picking up a 360mm AIO liquid cooler for the 12700K. The EK 360mm AIO D-RGB AIO cooler is currently one of the best options out there that supports the new Alder Lake chips. This particular cooler comes with three 120mm fans which are both quiet and feature impressive RGB lighting. The 360mm radiator also offers plenty of room for heat dissipation to keep the temps low. Alternatively, you can also check out the Gigabyte Aorus Waterforce X360 AIO cooler that we recently reviewed at XDA.

The XPG Lancer DDR5 memory kit is currently our pick for the best DDR5 RAM kit on the market. We’re looking at a 32GB kit with DDR5-5200 memory speeds and 38 CAS Latency. These run at 1.2V by default and features error-correcting code (ECC), support for XPM 3.0, and an integrated heatsink to regulate the temperatures. Just like the GPUs, you may have a hard time buying a DDR5 RAM kit on the market. The good thing, however, is that you don’t have to switch to DDR5 memory, at least not yet. As we mentioned in our DDR4 vs DDR5 memory comparison, you can still get almost the same level of performance with a good pair of DDR4 memory modules. But it’s worth pointing out that you’ll have to buy a compatible LGA1700 motherboard for Alder Lake with DDR4 support as none of them support both DDR4 and DDR5 at the same time.

The Sabrent Rocket NVMe 4.0 is one of our picks for the best M.2 SSDs on the market right now. It features sequential read and writes speeds up to 5,000 MB/s and 4,400 MB/s, making it one of the fastest drives out there. We recommend picking up at least a 500GB capacity drive, if not more, for the best value. 500GB should be enough to function as a powerful boot drive for Windows and a couple of frequently played games. Additionally, you can either add a SATA SSD or even traditional HDDs as secondary storage to dump all your files.

Based on the components used, we recommend picking up at least an 850W power supply unit for this particular build. Both the 12700K and RTX 3080 GPU demand high power, so it’s safe to say that you’ll have to set up a reliable PSU to supply power. The Corsair RM850x is one of the best PSUs out there. For just $120, you get a fully modular PSU with an 80 Plus Gold efficiency rating. It also features low noise operation thanks to the zero RPM fans mode and industrial-grade Japanese capacitors.

The Corsair Airflow 4000D PC case has been our go-to recommendation for a variety of builds, and we think it’s a good fit for the components we’ve picked here. This mid-tower PC case offers plenty of clearance for all the components including CPU cooler towers, GPU length, radiator support, and more. This case also comes with two pre-installed 120mm AirGuide fans, which means you won’t have to spend too much buying separate case fans for the build too. In case you’re looking for some other options, then be sure to check out our collection of the best PC cases.

Now that we’ve picked all of our components for the build, let’s take a quick look at the price summary. The prices are subject to change based on the availability of stocks, so keep that in mind:

Note: We recommend picking up an additional case fan to add to the Corsair 4000D. Even though the CPU cooler that we picked for this build comes with its own fans for exhaust, we think it’s best to add another one to fill the space at the back. Additionally, we also recommend picking up a thermal paste syringe just to have it at your disposal while building the PC. Both of these items are relatively inexpensive, so we’re not adding them to the overall cost of the build.

Between the lack of stocks and soaring GPU prices on the market, it hasn’t exactly been easy for us to recommend these build guides. We are just as frustrated with all the hardware shortages, but we’re expecting things to get better within a few months. You may not be able to buy an RTX 3080 or even some of the other components for retail prices right now, so we highly recommend going for a pre-built computer. The companies building these pre-built PCs seem to have an abundance of stocks of even the newer GPUs, so that’s one way to get your hands on the latest tech. But if you’re hellbent on building your own PC, then we suggest you wait for the dust to settle.

In addition to the components mentioned above, you’ll also need peripherals for your build. You can check out our collection of the best monitors, best keyboards, etc., to find some good options. Alternatively, you can also join our XDA Computing Forums to discuss your build and potentially get more product recommendations. Good luck!

Karthik covers PC hardware for XDA Computing. When not at work, you will find him yelling at his monitors while playing video games.