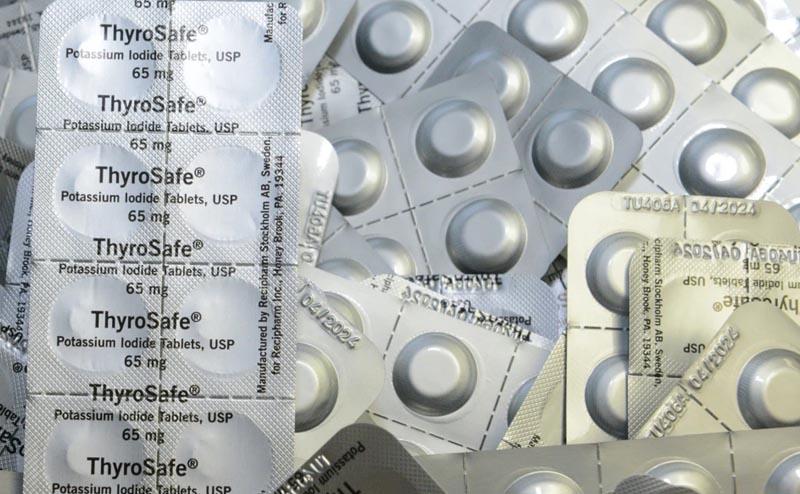 Nuclear fears spark demand for iodine pills: How they protect from radiation

Fears of a potential nuclear conflict or accident after Russia’s invasion of Ukraine are sparking a huge interest in iodine tablets, which can protect the body from some of the harmful effects of radiation.

Google searches for “iodine pills for nuclear attack” were up 90% in the U.S. in the last week.

Anbex, which distributes one of the few potassium iodide products approved by the U.S. Food and Drug Administration, informs visitors to the company’s website that it’s “currently out-of-stock” of the tablets and anticipates to be restocked later this month.

The maker of ThyroSafe, another FDA-approved potassium iodide tablet, is not taking additional orders on its website and informs customers who’ve already ordered the pills that their delivery may be delayed.

In Europe, where Russian President Vladimir Putin has raised the specter of nuclear war, Norway has been facing supply shortages of the products and Finland saw a more than 100-fold increase in demand, Bloomberg reported.

Another nuclear power plant in Ukraine falls under Russian control

Besides fears of an intentional nuclear attack, there are concerns about the four active nuclear power plants in Ukraine and the remains of Chernobyl, the site of the deadly 1986 nuclear disaster.

What can iodine tablets do and what should you keep in mind? TODAY asked Dr. Leigh Vinocur, an emergency doctor in Baltimore, Maryland, and a national spokesperson for the American College of Emergency Physicians.

How do iodine pills protect the body from the effects of radiation?

It’s all about trying to prevent thyroid cancer.

“Our body, especially our thyroid gland, is very greedy for iodine,” Vinocur said. It’s needed to produce the hormones that regulate the body’s energy and metabolism, the American Thyroid Association noted. 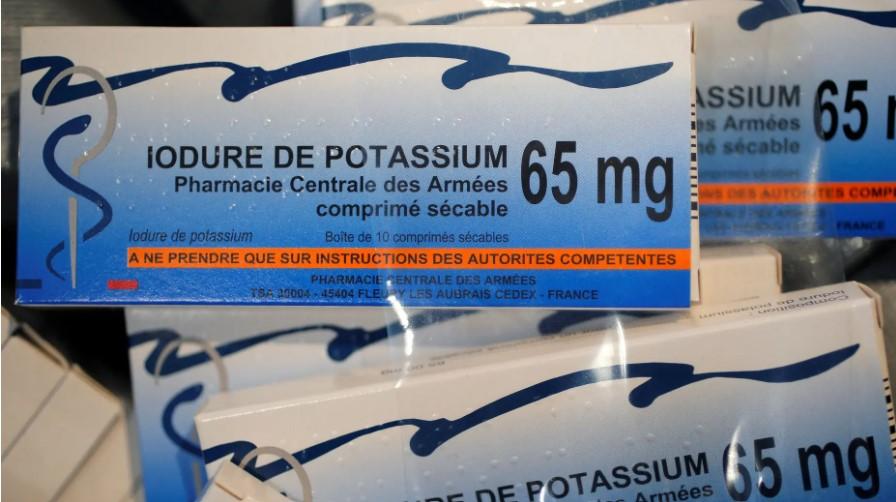 Iodine will enter your body if it’s in the air that you breathe. But during a nuclear explosion, radioactive iodine is released, which will also be absorbed by the body. “Once you have the radioactive iodine in your system, it’s constantly spewing out radioactive particles and atoms,” potentially leading to thyroid cancer, Vinocur said.

That’s where iodine tablets come in. They can saturate or fill up the thyroid, preventing radioactive iodine from getting in.

Fears circulate of chemical and nuclear weapons used by Russia

“If you take large doses of iodine in the form of potassium iodide… you’ll kind of satisfy your thyroid’s hunger to absorb iodine,” she noted. “You’ve already got enough iodine in there so that it doesn’t take in more. It prevents you from absorbing (radioactive iodine) once you’re exposed.”

It’s best to take the potassium iodide 6 to 12 hours before exposure to radioactive iodine, but it also works if used within 3 to 4 hours of exposure — the sooner you take it, the more time the thyroid has to fill up with the normal iodine. The protection from the recommended dosage lasts for about 24 hours. You have to keep taking it until the risk no longer exists.

Who should take iodine tablets?

They should only be taken on the advice of public health or emergency management officials because potassium iodide comes with side effects and health risks, the Centers for Disease Control and Prevention warned.

“If they start detecting (radioactive iodine) in the air, you can start taking it,” Vinocur said.

In case of a radiation emergency, infants, children, and pregnant or nursing women are most vulnerable to radioactive iodine and should be first in line to receive iodine tablets.

The FDA recommends a daily dose of 130 milligrams for adults, and 65 milligrams for teens and children over 3 years of age. Younger kids and babies should receive a potassium iodide oral solution, which comes with a dropper marked for 0.5 milliliter and 0.25 milliliter dosing.

The products are available over the counter, but only a few are approved by the FDA. Dietary supplements that contain iodine are not a replacement for the real thing because they can be harmful and may not work, the CDC warned. Table salt is not a substitute for potassium iodide.

Precautions to keep in mind

Iodine tablets only protect the thyroid. If there’s an intentional nuclear attack where people are exposed to full-body radiation poisoning, potassium iodide isn’t going to help much, Vinocur pointed out.

“If somebody wants to drop a bomb, that’s not going to make a difference. You’re going to get a whole body dose of radiation. If you’re close enough, it’s the blast that’s going to kill you,” she said.

The tablets are more in case of a nuclear accident where every effort is made to contain the radiation and the iodine is taken by the nearby population as a precaution.

James Acton: ‘Fukushima' is 'worst case’ for what a Ukrainian nuclear power plant accident ‘could look like’

Possible side effects include skin rashes, swelling of the salivary glands and an allergic reaction.

“If you’re really worried about a nuclear accident, it wouldn’t hurt to have it” in an emergency kit, Vinocur said. The U.S. Nuclear Regulatory Commission supplies potassium iodide tablets to states that request it for people who live within 10 miles of a nuclear power plant.

Otherwise, right now, “people are kind of going a little bit crazy with it,” she added.