Intel's aggressive processor roadmap has some bumps ahead

Despite its aggressive chip technology roadmap, Intel still faces the difficult task of both playing catch-up against a hard-charging crop of competitors over the short term, while investing hundreds of billions to remain competitive over the long term.

For several years, Intel has lagged behind Taiwan Semiconductor Manufacturing (TSCM) in the delivery of state-of-the-art chips. AMD, which once lagged behind Intel's x86 chip technology, has caught up and surpassed the chip giant's laptop and desktop processors in terms of performance.

Intel also lags behind Nvidia, which has established a clear lead in the GPU market and recently added data processing chips (DPUs) to its chip arsenal. And yet another up-and-coming competitor is Arm Holdings, a producer of chips for everything from laptops to supercomputers that are more power-efficient than anything Intel currently has.

Intel didn't help its own cause with manufacturing glitches the company suffered under former CEO Bob Swan that caused delayed deliveries of key offerings including its 7-nanometer chip.

But with Pat Gelsinger's appointment to CEO a year ago, a new and rather expensive agenda has been set. Over the next three years, the company plans to construct two new chip fabrication plants in Arizona and a "super" fab in Ohio, as well as refurbish a fourth in New Mexico.

The cost of those facilities alone will be at least $44 billion, with the Arizona facilities expected to come online in 2023 and the Ohio plant not ready until 2025. This does not include the $5.4 billion Intel recently spent acquiring Tower Semiconductor to grow its chip capacity as well as gain access to lower-end consumer product markets. All told, Gelsinger said publicly he plans to spend a total of $100 billion on chip plants over the next decade -- an investment that will require outside support.

Adding to its already substantial pile of investment dollars for facilities in the U.S., Intel this week announced plans to invest yet another 80 billion euros in the European Union over the next decade across the semiconductor supply chain, stretching from research and development to chip packaging.

On top of that, the company will spend an additional 17 billion euros on a new chip manufacturing facility in Germany, a research and development chip design hub in France and a manufacturing and foundry services plant in Ireland.

The ultimate goal, according to the company, is to create a state-of-the-art European chip ecosystem capable of "delivering a more balanced and resilient supply chain."

Intel is working with investor Brookfield Asset Management to explore project finance options to fund new manufacturing sites and related renewable power options. To speed construction of these new plants, Intel will quickly build out "shells," giving the company flexibility in how and when it brings capacity online. 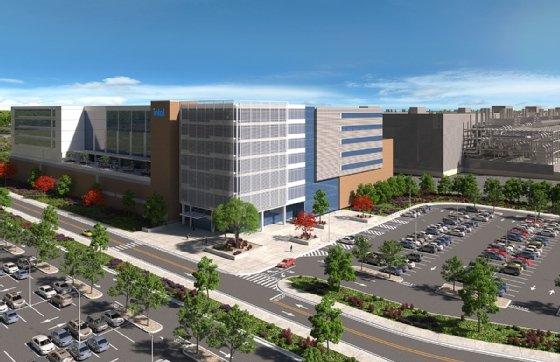 Whether Intel can afford to make such a large financial investment in its technology future and execute it over a short period to fend off hard-charging competitors both now and in the future remains to be seen. Intel officials believe they can carry it off with the company's Smart Capital strategy, outlined last month by CFO David Zinsner.

Under the new strategy, Intel will use a disciplined approach to investing and leverage government incentives, customer participation and "creative partnerships" to offset its capital spending. This makes it easier to adjust faster to market opportunities and gain share, according to Intel.

One example of a creative partnership is Gelsinger's plan to contract with rival chip manufacturer TSCM to manufacture Intel-designed chips. Such a deal serves to extend manufacturing capacity and better ensure delivery of state-of-the-art chips down the road.

Conversely, Intel plans to make its existing and future chipmaking plants available to chip competitors as part of the company's Intel Foundry Services (IFS) 2.0 initiative, which would also generate added revenues for the company. So far, AWS and Qualcomm have publicly committed to using Intel's chip plants.

By making the two parts of Intel's business, namely manufacturing and design, more distinct, the IFS initiative helps the company catch up to TSCM in process innovation as well as gain better economies of scale, according to Intel.

"IFS gives Intel an opportunity for growth and also better positions them geopolitically given the turmoil around the world that could affect chip manufacturing," said Dan Newman, principal analyst at Futurum Research and CEO of Broadsuite Media Group. "It's a bigger risk if they don't do this than if they do. I see it as a major bet, maybe the biggest bet the company has made so far."

What could help defray some of the cost would be a portion of the money Intel could receive from the Chips Act, a bill proposing a $52 billion investment from the U.S. government to boost the development and manufacturing capabilities of the semiconductor industry. Both the House and Senate have approved the bill, but both legislative bodies are still haggling over how to bridge important differences in each bill before sending it to President Joe Biden to sign into law.

Despite the added revenue streams, government support and adjustments to the business model, it remains to be seen whether Intel will emerge from the upcoming three-year period profitably. What is clear is its major competitors will not stand still.

TSCM has consistently delivered faster chips to market than Intel the past several years, most notably the 5- and 7-nanometer versions. Intel doesn't expect to deliver its 7-nanometer offering until 2023, and it remains unclear when it might deliver a 5-nanometer chip.

However, with TSCM's pushback of its 3-nanometer chip to late this year or early next, and with Intel in talks to become a customer of TSCM's 3-nanometer product, Intel has a chance to close down the technology gap with the Taiwan-based company.

"Intel is making the right move outsourcing the manufacturing of its 3-nanometer chip designs to TSCM," said Frank Dzubeck, president of Communications Network Architects, Inc. "And it is the right move when they joined the IBM chip consortium to help out [IBM] with chip packaging. They are gaining access to technologies they otherwise would not have."

Another partnership that could boost Intel's competitiveness is its longstanding relationship with ASML Holding N.V. Earlier this year, Intel strengthened that relationship by agreeing to collaborate on advancing semiconductor lithography technology, which is an extreme ultraviolet, high-volume production system that can produce 200 wafers per hour.

Intel declined requests for an interview for this article and did not respond to request for comment.

As editor at large with TechTarget's news group, Ed Scannell is responsible for writing and reporting breaking news, news analysis and features focused on technology issues and trends affecting corporate IT professionals.