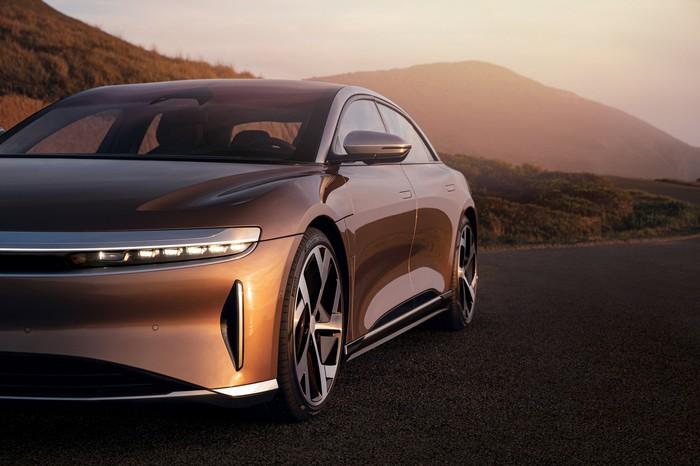 It wouldn't be an exaggeration to call Lucid Group ( LCID 4.14% ) one of the hottest electric vehicle (EV) stocks out there right now. After popping 46% in October, Lucid shares are already up an astounding 43% in just the month of November so far. As of this writing, Lucid is commanding a market capitalization of nearly $85 billion, blowing past Ford and way ahead of Nio's ( NIO 10.84% ) $65 billion in market cap.

As exciting as its journey has been, it's easy to see why some investors are already feeling nervous about Lucid, even calling it a hyped stock. Sure, the company's electric cars are making heads turn, but Lucid has barely started delivering its first car, called the Air, and hasn't even given out its first official revenue numbers. Then again, you simply can't ignore a company that's considered a real threat to Tesla ( TSLA 3.88% ), can you?

It's a tight battle between bulls and bears right now, and you'd want to dive deep into both sides of the story before deciding for or against buying Lucid shares. Hear out what these Lucid bulls and bears have to say.

The rise in Lucid's stock price isn't a fluke

Neha Chamaria: I didn't expect Lucid shares to rise so high, so fast. Yet, I still believe Lucid is one of the best EV stocks to buy now and hold for years for multiple reasons. Foremost is Lucid delivering on its promises thus far, including some that were written off as tall claims.

Top of the list is Air Dream Edition -- also the company's most expensive car so far -- winning a stunning range rating of 520 miles from the Environmental Protection Agency (EPA), even besting Tesla's Model S by more than 100 miles. Trust CEO Peter Rawlinson to have pulled off the feat.

Before joining Lucid in 2013, Rawlinson was at Tesla as the vice president of vehicle engineering and the chief engineer of the Model S. In other words, Rawlinson already knew electric cars in and out when he joined Lucid, and he got down to building a car that would beat a Tesla. The EPA rating is evidence, and Lucid Air also just won the 2022 MotorTrend Care of the Year award. 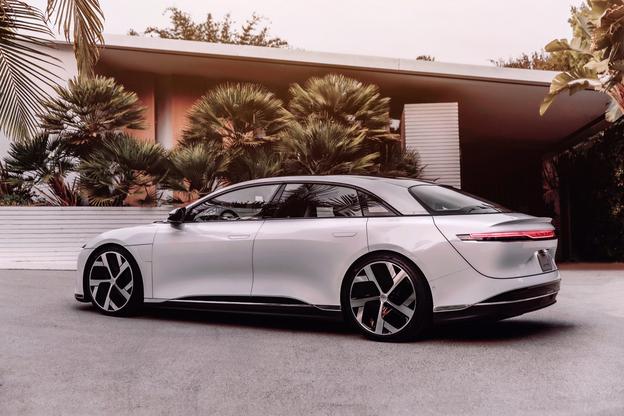 Lucid is now aggressively ramping up production capacity to 90,000 vehicles by 2023 and is confident of delivering 20,000 cars in 2022. And, as of the end of the third quarter, Lucid had 13,000 reservations worth around $1.3 billion. That should give you a fair idea about the kind of revenues Lucid could generate in its first full year of operations.

Lucid has massive growth plans, including deliveries of three lower-priced Air models next year, launching the SUV Gravity by 2023, and setting up manufacturing plants in the Middle East and China by 2025. Here, you might want to know that Saudi Arabia is a major investor in Lucid, and the company already counts the market as its second largest in terms of preorders.

Lucid ended the third quarter with $4.8 billion in cash, so it's also not the kind of company that's selling stock to raise funds, unlike some EV start-ups. And, Lucid builds its batteries and powertrains in-house. You simply can't deny there's really a lot to like about Lucid.

Lucid's stock has a long way to fall

Travis Hoium: To be clear, I think electric vehicles are the future of the auto industry, and a decade from now it will be hard to find a new internal combustion engine. But that doesn't mean that every EV stock is a good buy today.

I think it's worth stepping back and looking at how new entrants in the market fit into the overall vehicle supply landscape. In the U.S., about 17 million light vehicles (cars and light trucks) are sold in an average year, and globally the number is 60 million to 70 million vehicles. For perspective, the U.S. is on pace for about 600,000 EV sales this year, or less than 4% of the total vehicle market.

What I'm trying to point out here is that there's a limit to the demand EV companies will see and capacity may be coming online even faster than demand is picking up. Below I've highlighted the capacity companies like Tesla, General Motors, Nio, Rivian Automotive, and others intend to have by 2025. This doesn't include at least a dozen other companies with EV dreams, but these companies alone make up over 5.4 million vehicles per year in 2025, or about one-third of the U.S. market or nearly 10% of the global market.

It's worth wondering if the world is going to be oversupplied with EVs by 2025. And even if Lucid does produce 90,000 vehicles, we don't know if it can be profitable doing so.

Investors buying Lucid stock at an $85 billion market cap are betting the company will be able to build factories, manufacture cars efficiently, and see enough demand to allow the company to make money. All of this is in a landscape where almost every auto company on earth is spending billions of dollars to build out EV capacity and launch new vehicles. I'll take the bear side of that bet every day of the week.

Lucid stock is not for the faint of heart

Granted, it's a crowded market, but let's also not forget that EVs are still only getting started and currently make up a fraction of global vehicle sales. Lucid has started off well with promising Air cars that pack a punch. Yet, investor expectations have run too high, and Lucid will have to work really hard to live up to them, not just in terms of how its future models look and perform but in terms of sales, service, and, most importantly, growth in a market that's only likely to get even more competitive.

If you're willing to risk it, Lucid is one EV stock you'd want to own. If not, you'd want to look at the larger established players that are spending billions to corner the EV market.