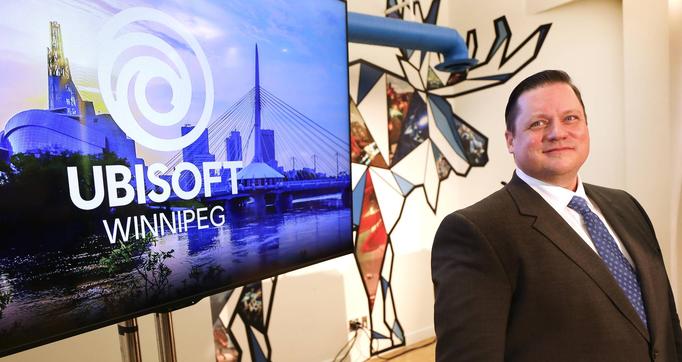 If you want to create the next Assassin’s Creed or Just Dance, you’re in luck.

Ubisoft, the global video game giant, is adding 200 jobs to its Winnipeg location over the next eight years. It’s the latest step in Manitoba’s growth as a technology hub, advocates say.

Ubisoft intends to triple its local crew of 100 by 2030, it announced Friday.

Employees of the Exchange District site collaborate on game production around the world. They partner with Ubisoft studios in North America and abroad to "solve their toughest tech problems," Henderson said.

This includes diving into projects the public might not see for years.

The French company said it will invest another $139 million in the prairie province by 2030, coming to a total $264 million since first setting roots.

"The fact that we are two years into a pandemic and they’re making this level of an investment is just a tremendous vote of confidence (in Winnipeg)," said Mayor Brian Bowman.

Ubisoft outpaced itself: it aimed to hire 100 staff for its Winnipeg location within five years of launching. It reached its target over a year early.

"I’m really pleased that the community has been able to demonstrate that this is a good investment," Bowman said.

Roughly 70 per cent of the Winnipeg branch’s current workforce is from Manitoba, Henderson said. Others have immigrated to the city for work.

"Some of our most exceptional team members have come from (an) internship program from the (University of Manitoba)," Henderson said.

Ubisoft has its hands in several post-secondary initiatives across the province. By 2030, it will have invested $1 million into the local tech ecosystem, it announced Friday.

"What we were hearing from students and industry was they wanted a dedicated video game (development program)," said Kirk Johnson, dean of business, IT and creative arts.

The school opened an over $95-million innovation centre, which has a state-of-the-art space dedicated to video game design, in the Exchange District last year. The move was "in large part due to the fact that Ubisoft and other video game companies are in town," Johnson said.

Some of the 20 students in the new programs will find themselves at Ubisoft for work placements. 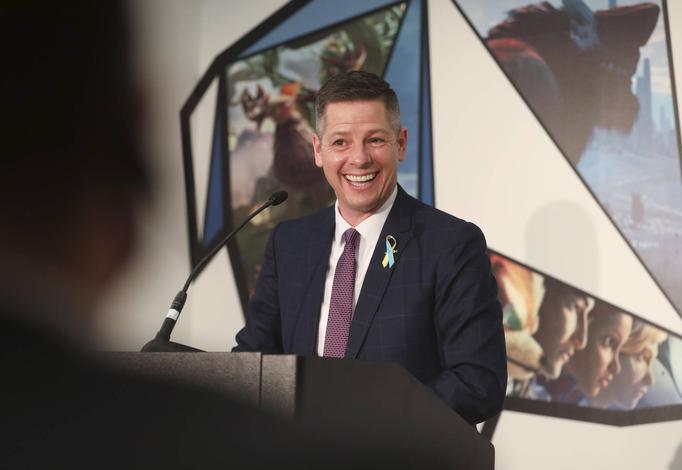 "As Ubisoft is looking to staff up, we’re going to have a lot of great grads ready to apply," Johnson said.

Other students, including those in business, graphic design and information security, will benefit from the video game giant’s expansion, Johnson said.

"Potentially hundreds, if not thousands of students are in a better place now because this organization is making that extension," he said.

"Success breeds success," she said. "I think the more that our young people see that they can have a career in video gaming in Winnipeg, the more they may be inspired to start their own company."

She and Bowman made a trip to Montreal six years ago to pitch Winnipeg to Ubisoft. Now, with the company’s success, more in the sector may look to Winnipeg as a viable nesting ground, she said.

‘We know our tax credit is good, we know there’s a lot of synergies between the video game industry and film and special effects… so we’re going to be promoting that," Spiring said.

Eligible businesses in the interactive digital media industry can get a refundable corporate tax credit, up to 40 per cent, in Manitoba.

"We want to keep our talent, our youth, here in Manitoba, and this is just a great avenue for that," said Economic Development Minister Cliff Cullen.

Ubisoft has mentored and worked with kids in the province on computer skills. It created a scholarship for women in computer science at the University of Manitoba.

"We want to keep our talent, our youth, here in Manitoba, and this is just a great avenue for that."– Economic Development Minister Cliff Cullen

The Exchange District crew has switched to a hybrid model permanently, Henderson said. However, he encourages staff to come in. All who work for the office must live in Manitoba, he said.

The new jobs — and potential increased foot traffic — are good news to Austin Granados, co-owner of nearby Cake-ology.

"We (could) sell more, make more business out of it," Granados said. "(It would) kind of create a buzz here in the Exchange."

The number of passersby has increased as restrictions unravel and the weather warms, he said.

A list of Ubisoft’s open positions is on their website. It will be hiring programmers "of many different disciplines," Henderson said. A background in video games isn’t always necessary, he added.

Gabby is a big fan of people, writing and learning. She graduated from Red River College’s Creative Communications program in the spring of 2020.