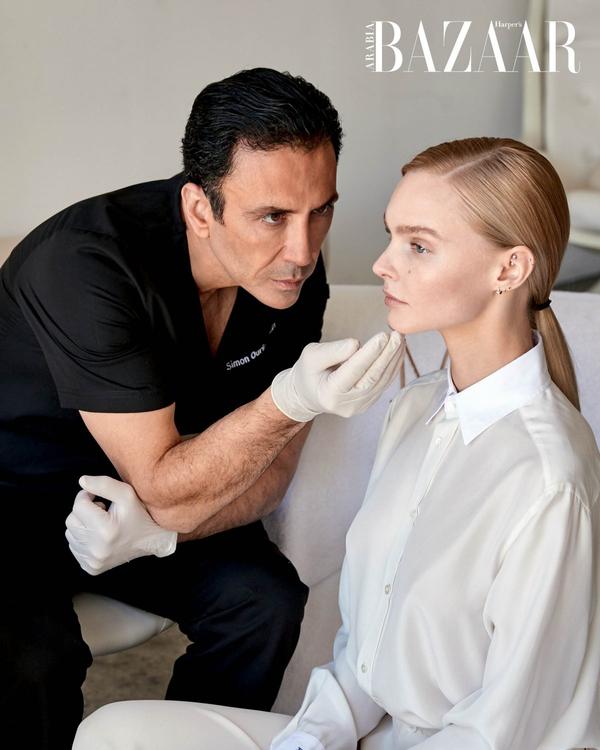 Meet Dr Simon Ourian: Hollywood’s Favourite Cosmetic Dermatologist On His Rise To Fame, Cutting-Edge Treatments and The Face of 2022

Few aesthetic doctors have an army of A-List fans – not to mention 3.5 million Instagram followers. I’m waiting for Dr Simon Ourian to join our Zoom call and I’m not sure what to expect. Perhaps a Julian McMahon type from the hit series Nip/Tuck, whose forehead is as perennially smooth as his chat? I’m way off the mark. When Dr Ourian appears on my laptop screen, he is softly spoken and a sophisticated mixture of humble and passionate.

Regular appearances on Keeping Up With The Kardashians saw him become a household name after Kim, Kourtney, Khloé and Kris were all filmed undergoing non-surgical procedures at his iconic Epione Beverly Hills clinic. Yet, Dr Ourian’s surprise at his own meteoric rise to stardom is detected in everything from the shy smile that blooms across his face to anecdotes peppered with the words ‘grateful’, ‘lucky’ and ‘privileged’. And while he is undeniably fresh-faced for 9am LA time, he certainly doesn’t look ‘done’ – quite the opposite in fact.

To become one of the world’s most famous cosmetic dermatologists was a combination of chance and a considered plan to prove that a refugee from Iran was good enough. “The war in Iran made it too dangerous to stay there, so I came to the United States when I was 16,” he says. “It was probably the best thing that could have happened to me. When you were just trying to survive, your goal is to go day by day as best you can. But something happens when you leave your country in order to better your life. You take things a lot more seriously and try to build your future as quickly as possible,” he says.

Medicine wasn’t always on the cards for Dr Ourian, who is also an accomplished contemporary sculptor in his spare time. Had it not been for a nose job aged 19, he says he probably would have gone down the traditional medical route after graduating from Wayne State University in Michigan. As it happened, he was introduced to the burgeoning world of non-surgical aesthetic medicine. “I’d decided that I wanted to become a doctor because I was fascinated with medicine and science,” he explains. “But I also had a passion for art and I’d been very good at sculpting ever since I was a kid. So this operation kind of put me on the right path as it showed me that I could mix the two.”

Today, injectables are far more commonplace than when Dr Ourian first appeared on reality TV. “In the beginning, I had a lot of celebrity clients who were very hush-hush about coming to our office,” he says. “The first client who told everyone what she was having done was Lisa Vanderpump from The Real Housewives of Beverly Hills. But the time that it really blew up on social media was when Kylie Jenner told the The New York Times that Dr Simon Ourian had helped her with her face.” Not long afterwards came the big break in his career when Kim Kardashian brought her camera crew to film a show at his clinic. “While it was exciting, it was also nerve-wracking as you have to pay attention to the camera while still working on one of the most famous faces in the world,” he recalls.

The fact that Dr Ourian became an early adopter of social media didn’t hurt either. It gave him a competitive edge on Rodeo Drive where he estimates “there are probably 50 to 100 plastic surgeons.” A trailblazer for normalising non-surgical procedures, he filmed them in graphic detail and posted them to Instagram, where he still has the largest following of any medical professional.

“At a time when facelifts were the norm, people became fascinated with what I could achieve non-surgically,” he says. “Rather than publish my work in a medical journal, I invented the concept of putting procedures on Instagram. I was able to give people backdoor entry into our office to see what we can accomplish in a very short period of time. Every time I posted something, I would get 40,000 new followers, which was crazy.” 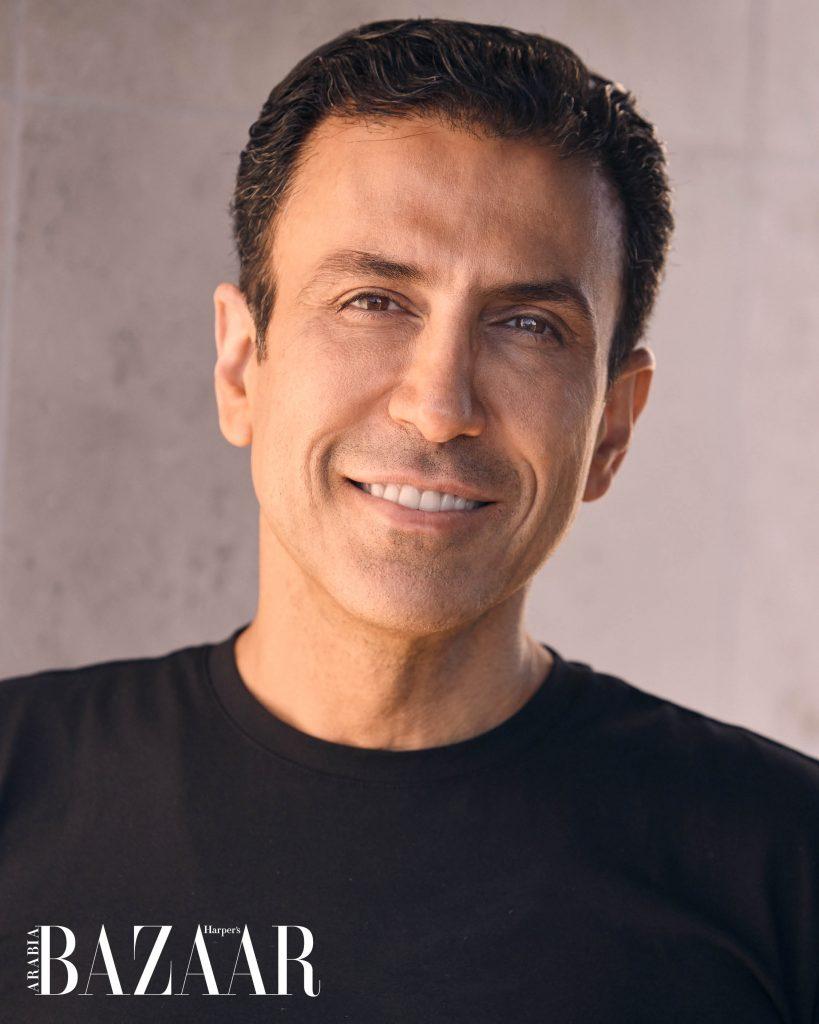 But it’s not just about becoming Insta-famous. “The more information people have, the easier it is for them to make decisions,” he explains. “To have the tools to look your best fairly easily, without major risks, is very powerful. Ageing is not just a cliff you have to jump off, you have a fighting chance to look your best. Even if you neglected your looks, knowing that you can go back and reverse that is like knowing you have a lottery ticket in your back pocket and one day you can cash it in.”

Since opening his clinic, advanced techniques have elevated non-surgical treatments. This includes using fillers in a more light-handed way for natural-looking results. The non-surgical facelift is Dr Ourian’s most-requested treatment – “for some it may mean lifting their eyebrows or cheeks; for others it could be a more contoured jawline, or all of the above” – but the key is to use a variety of different hyaluronic acid gels, ranging from firm to more watery and malleable, depending on where you inject. Something he likens to “using different paints for a painting. Every area requires a different type of filler and, over the years, I’ve developed my own technique. You want your cheeks to remain fairly soft but to create a more angular and chiselled jawline or nose requires a harder gel.” He has also developed something called the Coolaser for darker skin types, which clears acne and hyperpigmentation.

Dr Ourian describes his aesthetic as “subtle but at the same time noticeable” and prefers not to be defined by one procedure. “Everyone has their own path to looking better and I need to have all these tools in my toolbox,” he says. “Patients show me filtered versions of themselves and for those who want to improve their faces by 20 or 30 per cent, I’ll tell them that it can be done.”

As for what the face of 2022, or even the next decade, will look like, he dismisses the idea that there will be one blueprint for what is considered beautiful. “I don’t have a face in my mind,” he says. “It sounds clichéd, but I really believe everyone has their own beauty and, if you look, you can enhance certain angles in the face. I really don’t think an exaggerated, almost alien version of beauty is attractive to anyone.”

But he does concede that the focus for aesthetics now extends beyond the jawline with a new generation of body treatments. “We have over 30 different devices in the office and half of them are for the body,” he says. “We have ways to tighten your stomach or tone your muscles with electromagnetic stimulation. EMSculpt is a good procedure and with Kybella we can inject to dissolve small pockets of fat. None of these treatments mean you lose 50lbs but, used alongside diet and exercise, they are boosters to help you get to the level you want to be a bit faster,” he explains.

Then there’s his science-backed skincare line, MDO, which he says centres on peer-reviewed ingredients and a high-tech delivery system (nanotechnology, where actives such as vitamin E, which struggle to penetrate the skin, are encapsulated). “It doesn’t matter how much you take care of your bone structure, having healthy skin is probably the most important aspect of looking beautiful,” he says, showing off his best-selling Intense Hyaluronic Filler Ampoules.

MDO will reach an even larger audience now that it has made its first foray into colour cosmetics with the Multi-Benefit Skin Tint, a self-adjusting lightweight foundation that also deploys brightening vitamin C to even out skin tone. So how does he feel about the future? “Making a difference in people’s lives in less than half an hour is a privilege,” he says. “I’m very fortunate that’s what I go to work to do every day.”