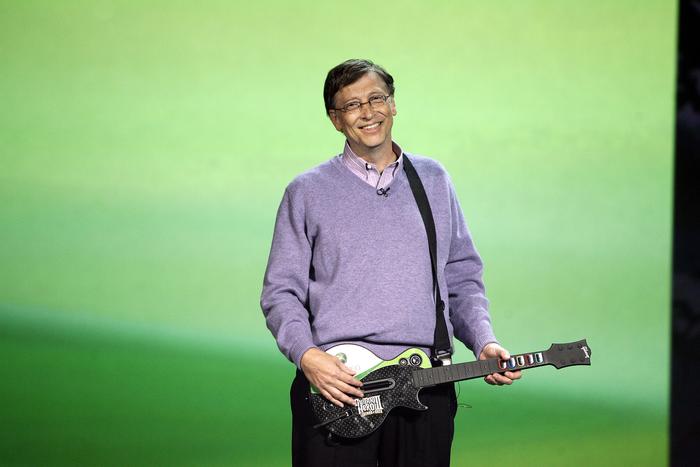 Microsoft's history in PC gaming is decades long, but strangely divorced from the hobby it helped foster. It created Windows, the bedrock of PC gaming, but the company hadn't shown interest in championing the platform until the last few years: For its first 20 years of existence, at least, games were at best an afterthought.

Microsoft's early history is mostly a tale of missed opportunities and an unwillingness to treat games with the seriousness they deserved. Under Bill Gates and later Steve Ballmer (a vocal opponent of the original Xbox), Microsoft's business focus was the PC ecosystem: Not just the OS your machine ran on, but the software you use to browse the internet, or play video or music, or work. The company was famously late to realising the importance of the internet, something Gates identified and rectified in the mid-'90s, and arguably made exactly the same mistake with games for two decades.

Ask someone to name Microsoft's flagship PC game from the '80s and '90s and you'll probably get one of two answers: Microsoft Flight Simulator, or Age of Empires. The former began life as an Apple II game, called Flight Simulator, programmed by one Bruce Artwick and released in 1979: Microsoft simply bought the rights and re-released it as Microsoft Flight Simulator. Age of Empires came much later in 1997, and reflects that at this stage Microsoft saw its role as a games publisher and developer of backend tools rather than a key player in the industry (it would later acquire the game's developer Ensemble).

Microsoft's first big gaming move was DirectX in the mid-'90s, which it gave a huge push at the 1996 Computer Games Developer Conference (later to be renamed GDC). John Byrd, who's had a long career in games, including senior stints at the likes of Electronic Arts and Sega, recalled a few years ago how Microsoft approached selling the tech to the people who'd have to use it.

"Microsoft’s first real effort to take gaming seriously didn’t occur until 1995," writes Byrd. "That was the year that, under the cheerleading of Alex St. John, Microsoft released a technology called DirectX. I met Alex St. John at the first Microsoft Games conference. He was wearing a toga and greeted me by saying “Hail Caesar!” The idea was that Microsoft was going to bring a Pax Romana to all the video game companies, by providing a unified layer for programming all the 2D and 3D video cards.

"Game companies didn’t take to that so well. There was a lot of shouting over the presentations at that first Microsoft games conference [presentation]. A lot of foam toys were thrown. Despite that, DirectX was a useful innovation, because the alternative was for all video game companies to write drivers for all the 2D and 3D cards on the market."

Microsoft at this time had gaming cheerleaders within its ranks, most notably Ed Fries, but was still a marginal player that, basically, didn't see why it should commit to making games when it had such a wonderfully successful software business. Everything was about Windows and Windows values, whatever they may be, and games were something the kids played.

The big move was, of course, Xbox. I spoke to Seamus Blackley in late 2020, one of the co-founders and prime movers of the Xbox project within Microsoft, who explained to me what this atmosphere was like and how, basically, they slightly hoodwinked Bill Gates about how it would incorporate Windows.

"We absolutely, intentionally hoodwinked him," says Blackley. "And I absolutely, explicitly in writing to him many times said that we were doing that [using a Windows OS on Xbox] at the time. You know, it's a big risk. If it's successful, he's going to be happy, and if not, then not as happy."

Bear in mind that Blackley is talking about Microsoft at the turn of the millennium: the years immediately before the Xbox's November 2001 launch. "But look, the reality is that, again, you need to remember that this is a company that doesn't understand games, let alone consoles. This is a company whose entire worth is based on this Windows operating system—they see the value of a computer as the operating system. OK, now, if you're an internal employee at that company and you want to pitch the value of a new platform, what argument do you use? You use the operating system." 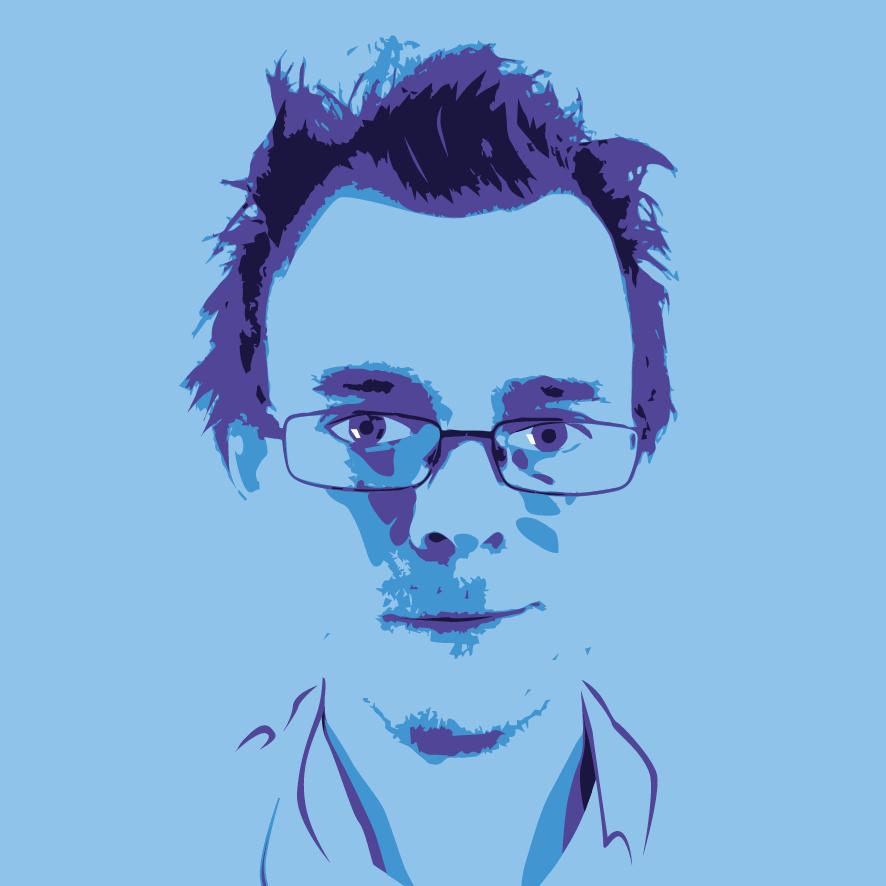 The original Xbox team used Windows as the way to get the wider company to buy into the concept, banking that they would later be able to convince key players otherwise.

"Windows was really not the value proposition on this any more. They had thought that before: 'Oh, we should make a Windows gaming platform—Windows will offer all these values...' Which is garbage, right? It's garbage, it is not true. No gamer gives a fuck about Windows features. But for the guys in Redmond, it was true. And you're not going to convince them. I mean, have you tried convincing your grandfather of something?"

Gates ultimately took the gamble, over the protestations of some Microsoft execs, and the Xbox came to be (the name, of course, ultimately derives from "DirectX Box"). And yet Xbox for most of its history was a console: A PC in a box, sure, but a console with its own ecosystem, after a year or two its own online network, and distinct from the wider world of PC gaming.

Microsoft noticed this itself, but its solution was baffling: The much-derided and eventually discontinued Games for Windows project lasted from 2007 until 2014. This initiative could not have misunderstood the PC gaming market more, and was essentially an attempt to regulate the PC ecosystem in a manner akin to a console. PC gamers hated GFWL's unreliability, its always-online demands, and the baffling decision to try and charge for it: Mirroring Xbox Live, this service was $50 a year at launch, though in the face of widespread consumer apathy Microsoft soon enough scrapped the charge.

There's a theme to Microsoft in gaming that shows itself again and again in projects like this and, later, the Xbox One farrago. Microsoft's approach was always top-down. It decides what the gaming community, whether that's developers or players, really needs, then it builds it, then it releases it and tries to cajole and force folks into using it. This attitude even began bleeding into hardware with things like Kinect, which initially sold well as an optional accessory (with, it has to be said, misleading marketing), before becoming mandatory with Xbox One.

It's easy to forget now but Xbox One was following the hugely successful Xbox 360, and managed to squander that goodwill in the name of what were basically technological diktats: All players will use Kinect; All consoles will be online-only; You can't loan your physical games to a friend (which led to one of PlayStation's greatest-ever marketing videos, below). To all of which the audience collectively shrugged and said: "You know what? We're good."

Then-head Don Mattrick was unceremoniously ousted from Xbox, and went off to earn gazillions with Zynga. Following the disaster that was the Xbox One launch, Microsoft's gaming division took a long hard look at itself and what it had been doing with its console and gaming business.

It was an open question whether Microsoft would persist with the Xbox business at all. This was an existential moment for the company and its involvement in gaming: Whether to abandon a clearly failing model, or re-focus and go again.

It is way too easy to look at a company like Microsoft, the resource it has, and see its successes as simply a result of money. But the decision Microsoft made after Xbox One was bold and imaginative: It decided to use the console business as a stepping-off point to build a games content business.

For a company so central to the PC experience Microsoft has always felt, to me at least, like it existed on the periphery of PC gaming. It would be involved with the occasional game, and as a big fan I remember the annoyance at Dark Souls' PC port being on GFWL, every so often hearing about a new Age of Empires or the like, and that was it.

One almost wonders whether Microsoft realised this itself, alongside the simple fact that: Hey, we can buy a lot more studios than we do. While it had made big-ticket acquisitions in the past such as Lionhead and Rare, these were always focused on Xbox, whereas over the past few years Microsoft has not only moved the acquisitions into overdrive but snapped-up developers with unquestionable PC pedigree: You don't get much better than Bethesda.

All of which is part of a strategy centered on games. Microsoft wants to sell Xboxes for a while yet, sure, but now its core business is selling subscriptions—and it doesn't care what platform you pay and play on. Whatever the original ambition behind Game Pass and Game Pass for PC, it has outstripped all expectations. When it launched in 2017 the service offered more than 100 games, which is decent headline figure, but they were all older and it didn't feel like great value. The launch of Sea of Thieves in 2018 was the first time an anticipated first party game was released day one on the service, as well as being sold through the usual channels. Since then Microsoft has begun to put almost every major first party release on there day one.

At the moment you get access to a fluctuating list of 440 games for $10/mo, as well as the XCloud functionality (launched 2020) that lets you play on Android or iOS.

This is without most of Microsoft's recent acquisitions contributing: cast your mind five years down the line, when the Activision Blizzard buyout is long-done, and Game Pass boasts things like Starfield, a new Fallout, Call of Duty, the latest installment in Blizzard's key series, as well as all the stuff Microsoft's currently cramming in there.

There is a line of thinking that says Game Pass is great now but just you wait 'til Microsoft turn the screws: To which the obvious answer is, why would they? It'll increase the price at some point, sure, but Microsoft is now purely about creating a single game subscription that offers such enormous value it can entice as many gamers as possible, no matter where they are. We've been told the future was F2P, but this business model is sub-to-play, and when you see that it currently has over 25 million people signed-up… who cares what they're playing on?

Microsoft has now, and somewhat belatedly, taken up a place at the heart of PC gaming. It is true that it's done this largely through acquisitions, and tying them to its wider strategy, but it is an undeniable fact that in the years to come a vast number of high quality games will be coming to PC under the banner of Xbox Game Studios, and that they'll be on Game Pass.

Looking at this acquisition in the context of Sony is absurd. This isn't about PlayStation versus Xbox. It's about the entire games industry: How to reach every gamer in the world you possibly can, and how to get every PC player buying in to the Xbox offer. There was a time where it felt like Microsoft didn't play a role of much importance in the PC gaming world. Now, for good or ill, it feels impossible to ignore it.